Our Fault, Our Fix!

We’ve nearly given away our Republic

BUT, WE CAN GET IT BACK IF WE WORK NOW!

We’ve allowed ourselves to become dependent on the government by giving them powers that were never meant to be theirs. Our founding documents enumerate certain powers for the federal government. In general, these have to do with taxation, conducting foreign wars, etc. Everything else, including elections, belongs to the states, that is to US!

We have squandered our freedoms by giving over far too much of our lives’ control to Washington, and now we are paying for it. Our beautiful Constitution and Bill of Rights are being torn to shreds, and with it go our freedoms.

In a very brief look backwards, here’s how it happened. 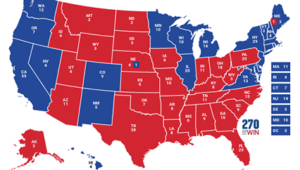 One by one, our government voted themselves power over us, as the Globalists/Marxists laid their plans to destroy America through the decades. Religion, education, health care, even property ownership, all were moved under their control, bit by bit, bill by bill, executive order by secret memo.

The UN Agendas 21 and 2030 are tools installed under our very noses, giving non-government organizations powers and funding without our consent, and a whole new evil meaning to the word

Clinton’s “President’s Council on Sustainable Development”, was formed in 1993 on the heels of our signing onto the UN Agendas. From the Carter White House archives, the council was created to give us “Bold new approaches to achieve our economic, environmental and equity goals.” “Equity”?? Equity is a cornerstone of our Republic – equality of opportunity for all. How did we give the power to impact governance in the freest country in the world, to a non-elected body?

How have we allowed the steady creep of election fraud, which has been known fact for years, to grow so large that we lost our very government?

Like the little frogs in the kettle, we are beginning to notice the rise in the heat. Should we have seen this coming. Sure, but it’s here now, and we have to deal or lose our country. The uncomfortable heat is coming in the form of things we never thought we would face in our America. Shortages of baby formula, fertilizer, fuel and food?? A government that is the laughingstock of the world? That happens only in third world countries. Right? Actually, yes.

America is, for all practical purposes, a third world “banana republic”, complete with an unelected government that hides behind barbed wire. Actions against the citizens are planned and executed by secret committees and off-the-record communiques.

The United States of America suffered a coup in Nov., 2020, (followed by the Purge beginning on Jan. 6, 2021) whereby, through massively well orchestrated fraud, our vote – and our government – were stolen from us. Biden told us himself, in October, 2020, just how good his Democrat Party had become at this…

“We have the most extensive and inclusive voter fraud organization in American history…” The fact-chukers of course declared that it didn’t happen.

Ok, whether we want to accept this or not, this is where we are – frightened, angry, disbelieving, confused.

The Globalists powers knew that when it came to times such as we are facing today, Americans would come together in defense of their way of life, if not in agreement on political approaches. So, they had to divide us. Divide and conquer.

Enter Barrack Hussein Obama, the great divider. Nearly every day of his eight (yes, probably stolen) years, he whined about the injustices and inequities of this country. America has done more for more millions of people around the globe than has any other, but Obama hated it all. America was racist, unfair, blah, blah, blah. His partner, Michelle, helped out. Together, they did their Soros-appointed job well. All of a sudden, America was “bad”.

So now, we are frightened, angry, disbelieving, confused and divided We were too busy, too disinterested, too lazy and complacent to go to a school board meeting, or to city council or the County Board meetings. We voted only for candidates whose names we’d heard, without knowing or caring what/who they were. Step by step, bit by bit, the Marxists turned up the heat, and we sat in the kettle, oblivious. Now we are beginning to get very uncomfortable, and are hopping mad.

This is a state which the Marxists created, and in which they expect us to be paralyzed and ineffective.

WE are NOT, and here is what we do to prove it.

Our Failures, OUR FIX!

Local action is the only way out of this. We’ve said it before, advocated for it, and built groups around the nation who have done some really good things. If you already have a Freedom Pod in your community, you are a step ahead, but, now we must all go much further.

We must build Freedom Rescue Platoons, whose #1 focus is securing the November 2022 Midterms. We must take on securing the ballots AND getting good Constitutional candidates as part of our choices in November. Here’s how.

Know your county election officials, and how your election system is set up. Where is every poll, and how are they set up. Do they have proper ingress/egress in lighted and secure areas? When does early voting begin, and how are the ballots cast? Do you have drop boxes in remote locations, or only outside polling places? Obtain lists of precinct workers, election volunteers, and the rules and regulations that cover voting in your area. What printed materials are allowed to be distributed and by whom? I can provide some non-candidate-specific palm cards for you to copy and use, both at the polls and before, wherever they can be distributed. Learn when are the polls open, how are ballots cast. Is there early or mail-in voting. What rules govern each? Is there a hot-line in place where incidents at the polls and or drop boxes can be addressed in real time. What kind of “electioneering” other than handouts is allowed on site at the polls; get the rules and post them. Most important, how is the chain of custody of each ballot assured? If your county election official cannot answer this last question, you must demand that that process be defined and published.

These are the people in your group who will be poll watchers and workers, do the running, between polls and to meetings of the election boards as the midterm approaches.

If there is time, according to your state’s primary dates and rules, continue to canvass areas if you have been able to get your voter rolls. The more fraud you can find, the more you will have to advertise to your elected officials. AND to the public. Remember, elected officials do not want the boat to rock (or the kettle to be spilled freeing the frogs) before an election.

I strongly suggest that, for each county in a state that has drop boxes, a drop box patrol be formed.

These “foot soldiers” for the drop box patrol might be best recruited from real soldiers, retired military who will travel in groups to keep an eye on drop box activity, recording anything that seems out of line. Check D’Sousza’s “2000 Mules” to learn more about this essential task.

Your local VFW will be a good place to recruit. Veterans have pledged to uphold our Constitution, and have done so by offering up their lives. Most will be more than happy to help secure our ballots after they have personally given so much to secure our freedom.

Step #3: DON’T VOTE FOR THE SAME OLD BUMS WHO GOT US INTO THIS!

We MUST refill our public offices with those who will serve us. So many big names have failed us, so do NOT, under any circumstances, vote for them again!

You can help your community by really researching the candidates on the ballot. Don’t just read their websites, but find out who they are associated with, where they grew up and went to school, what they have done in private life, etc. Formulate tough questions to ask: e.g., how they would have voted on the Ukranian War funding, or what they would to about the food and fuel shortages, and try to get answers. OR, if a candidate for a local race, challenge them as well, with local issues and how they propose to handle them. Ask them about guaranteeing your property rights, and how they intend to do that.

If your sheriff is up for election, get his pledge that he will uphold his oath of office, to support and defend the Constitution of the United States of America. He or she is, after all, the highest Constitutional official in the state, and must be able to be relied upon to do so, if challenged by an illegitimate power in DC or governor in the statehouse.

Ask EVERY candidate to sign a pledge to defend and uphold the Constitution! How can they say no? A dodge is as good an an answer to this. If a candidate – from EITHER PARTY refuses to sign or address the issue, they are NOT a qualified to run for public office in America.

Post the answers you get on social media. If they will not give answers, post that, too! Get your efforts out everywhere you can, on social media, in local papers, or even posters, for maximum coverage.

Search the entire country for good Constitutional candidates! We all know that a bad Congress critter in another state can be as harmful as one from our own. (think Pelosi, Schumer, Schiff, AOC and many more, and what they have done to us). If you find one, donate, and talk them up. Start a support group for them on social media, or volunteer to help their campaign with with mailings, which can be done remotely. We need to fill our US Congress with people who support our constitution instead of Communism.

This is a lot of work, as I’ve set it out here. But WE are a lot of very upset frogs who must get the heat under the pot turned down or off. Our precious freedoms are worth every bit of effort we can put in. There won’t be a next try. The enemy is trying to affix the lid to the kettle so we can never fight again.

About the Author: Kate Stansell

Kat Stansell is the Grassroots Outreach Director for the American Policy Center. A native of Cincinnati Ohio, and graduate of Denison University, Kat served the Village of Mettawa, IL, as treasurer and chair of the Planning Commission, where she got a good look at the process of civic vs. corporate interaction. She has been a local activist, working for several candidates and organizations. She has also written for newspapers and websites, and organized events highlighting issues of the day.