“North Carolina’s Mecklenburg County, that state’s largest, was among the biggest offenders, releasing numerous violent criminals rather than turn them over to federal authorities for removal. Among them was a previously deported Honduran charged with rape and child sex crimes.” – Immigration and Customs Enforcement (ICE) Report.

Over 90% of the criminal illegal aliens arrested in 2019 had either criminal convictions or pending charges. The average was four charges per alien.

And yet Democrats insist on putting the well-being of these criminal aliens before the safety of American citizens.

The report also found the number of individuals apprehended or found inadmissible nationwide totaled 1,148,024, an increase of 68 percent over the previous fiscal year.

Over one million illegals crossed into the United States in 2019 because the Democratic Party and news media care more about the well-being of lawbreakers with open border policies, sanctuary states and cities, and a deep hatred for President Donald Trump and for the nation’s law enforcement.

Add to those factors the Clinton, Bush and Obama appointees to federal courts who regularly rule against Trump policies. As a result, the United States is left almost defenseless against Muslim terrorists, neo-Marxist America-haters, and government agencies that are havens for dirty cops, treasonous intelligence agency chiefs and sleazy partisan politicians who couldn’t care less about the lives and rights of citizens.

More than 90% of illegal immigrants arrested by federal agents in the United States last year had criminal convictions or pending criminal charges, including 56,000 assaults and thousands of sex crimes, robberies, homicides and kidnappings. Many had “extensive criminal histories with multiple convictions,” according to Immigration and Customs Enforcement’s (ICE) year-end report. 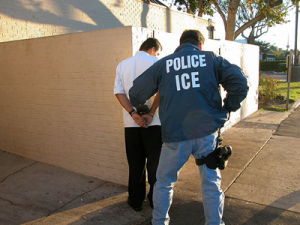 The 123,128 illegal aliens arrested by the agency’s Enforcement and Removal Operations (ERO) in 2019 had 489,063 criminal convictions and pending charges, representing an average of four crimes per alien, highlighting the “recidivist nature” of the arrested aliens, the agency writes, noting that sanctuary cities nationwide greatly impeded its public safety efforts.

The Dallas ICE field office, which covers north Texas and Oklahoma, led the way with 16,900 arrests in fiscal year 2019. The overwhelming majority,12,578, were convicted of crimes and 3,499 had pending criminal charges.

The Atlanta field office, which is responsible for enforcing immigration law in Georgia as well as South and North Carolina, ranked second with 13,247 arrests, 8,009 of them convicted for state crimes. Another 3,943 illegal aliens had pending criminal charges. Atlanta field office leadership has repeatedly blasted local law enforcement officials within its jurisdiction for releasing droves of illegal immigrant criminals back onto the streets after being jailed for serious state crimes, accusing the sanctuary jurisdictions of creating a “serious public safety threat.”

In North Carolina alone, hundreds of violent criminals were released by local authorities last year to honor measures that offer illegal immigrants sanctuary. Among them were illegal aliens charged with serious violations such as homicide, kidnapping, arson and sex offenses, according to government watchdog Judicial Watch. 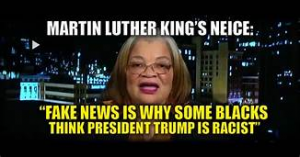 Mecklenburg County, the state’s largest, was among the biggest offenders, releasing numerous violent criminals rather than turn them over to federal authorities for removal. Among them was a previously deported Honduran charged with rape and child sex crimes. The perpetrator, 33-year-old Oscar Pacheco-Leonardo, was freed by the county sheriff, who has kept his campaign promise to protect illegal immigrants from the feds.

In Buncombe County, North Carolina the elected sheriff recently freed a child sex offender to keep with his county’s sanctuary policy. The Salvadoran national, a registered sex offender charged with four felony counts of statutory sex with an 11-year-old girl, had been in ICE’s radar for years.

“Creating laws and policies that prevent cooperation between law enforcement agencies just to promote their political agenda, places the safety of the public in danger,” he said. “Due to the hard work of our officers, we were able to find and arrest this accused criminal, but there are countless others who are released without ICE even knowing, or whom it may take a great amount of resources to find for arrest.”