The heavy response to my current story about the cat killer was instant. The story regarded a maniac who cruelly killed 18 cats for the sick “thrill” of killing them.  These were more than cats. These gentle animals were beloved PETS, totally loved by their owners. The mental case who killed them was identified, arrested, put on trial, and was sentenced to 16 years in prison for his dastardly deeds. 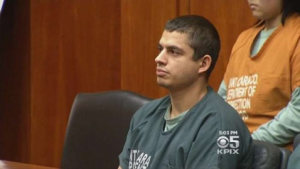 In that story, which you can see at this link,  it was suggested that it is time to have a specialized court  (which are in existence for particular types of cases)– this one to deal with animal abuse cases.  From the first publication as it went on the wire, the responses were immediate.  Responses came to my in-box, and to the papers that carried the story. All were in favor of establishing animal courts which will also make the public more aware of all creatures.

In the initial story I did not include who to contact to make this happen because at that moment I did not know. Then I received an email from a faithful reader, Richard Firth from the State of Virginia, who helped me with another story by giving me the inside address of a D.C. Official I needed to contact. I heard from him immediately with the information to make this legislation happen. Here is his note: For his protection we did not include Mr. Firth’s exact city of residence or his home address or email contact.

From: Richard Firth
To: Austin Miles <chaplainmiles@aol.com>
Sent: Mon, Jul 31, 2017 7:31 am
Subject: Your Article about Special Courts set up to Deal with animal abuse cases

I am sorry to be late in getting around to respond to your caring article about animals and the reason is you didn’t tell who to contact in regards to the setting up of such courts.  I did check it out with my State Attorney’s General office and the reply which I thought it would be is to contact your state legislators so they can introduce such legislation in your state.

I also talked with the Assistant Attorney General, a beautiful lady, Michelle Welch. who loves animals and loves to prosecute those who abuse animals and she said she would like a copy of your article which I just sent her which would help her in the matter should legal problems arise and could advise us how her office would be handling those matters.  So I will start contacting my state legislators to introduce such legislation and send you a copy.

I have already posted your article on line and plan to submit a few more and send you copies as well,  My first posting failed to include who to contact which I will also address.

Pray for 118 beagles our local VA administration wants to kill for medical research.  That’s another area where millions of animals are killed and some in the most ruthless way possible, plus many of these experiments are not necessary and a WASTE OF TAXPAYER MONEY. WhiteCoatWasteProject is leading the issue here at our VA hospital and Congressmen in DC voted unanimously voted in favor of a bill cutting off money for most of the experiments.  It now goes to the U. S. Senate for passage.

Maybe you could do a series of the horrible fate that awaits many animals, just as gruesome as any other method of killing animals.

God bless your work for ALL his creatures, including mankind.

Of course I am upset that they plan to use 118 beagles for medical research. We must all write our senators to NOT grant the funding for this ‘project.’ And here is another letter Mr. Firth wrote urging his representatives to back the legislation to establish these animal courts. The letter is similar to other officials he wrote about this issue. You can do the same.

Could you please introduce the legislation this writer talks about in his article concerning cruelty to animals, excerpts from which now follow:

“A mental case living in San Jose, Robert Farmer, was just sentenced to 16 years in jail for incredible cruelty to cats, having tortured and dismembered 21 cats he had abducted on the streets including the yards of the homes they lived in. Eighteen of the 21 abducted cats died from their horrific injuries at the hands of Farmer who took perverted pleasure in hearing the animals screaming in agony” and this preacher who despises the mistreatment of animals See his article and he wants something done about such cases by clicking this link.

What he wants done to correct the situation is to set up special courts to deal with such abuses. Here are his words about wanting to establish such courts.

“We can set up specialized courts to handle any animal abuse cases. They would handle other cases as well but for any animal abuse case, this would be the court to handle it. We must recognize animals as beings created by God who have the same feelings we have….feelings of pain, anxiety, fear, love, grief and joy, just as we do. Next time you hit your thumb with a hammer, remember that an animal would feel the same level of pain.

“These courts would be set up in various sections of the country. Readers, will you support this by simply writing backup letters agreeing that such courts would benefit society? Most serial killers such as Jeffrey Dahmer were cruel to animals as they were growing up. Dahmer even killed and ATE his human victims.”

Please do everything necessary to secure passage of such legislation as too many animal abuse cases lead to abuse on humans and when not prosecuted the perpetrator feels he or she is above the law and can hurt any animal or human he or she chooses to harm.

Readers, now it is time to do your part. It was Mahatma Gandhi who said, “You can always judge a nation by the way it treats it[s animals.” Animals are God’s creation and it is our profound duty to treat them kindly, humanely and to protect them. Otherwise you will face God’s judgement. You never want to go there. NEVER cause or tolerate mistreatment to ANY of God’s living creatures.