“When U.S. House Minority Leader Nancy Pelosi, D-California, expressed hope that a ban on bump stocks would be a ‘slippery slope’ leading to more comprehensive gun control, she [unintentionally] united firearms owners like never before in opposition to any new anti-gun laws,” John M. Snyder opined in his Washington, D.C. office on Tuesday. Snyder was dubbed the “dean” of Washington gun lobbyists by both the Washington Post and the New York Times.

“Pelosi let the cat out of the bag,” Snyder said.  “Her admission undercuts the blandishments politicians make that they only want ‘reasonable’ or ‘limited’ gun control.  The truth is they cannot be trusted.  They are dangerous.  The only reasonable response to gun control promoters is a determination to politically clobber them,” he advises America’s millions of law-abiding gun owners. 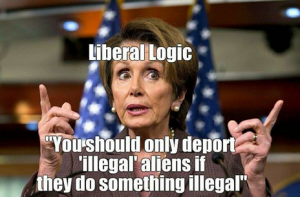 Holding both undergraduate and graduate (BA, MA) degrees in government from Georgetown University, Snyder has been an NRA magazine editor, an official of the Citizens Committee for the Right to Keep and Bear Arms, and the Second Amendment Foundation.  He serves as a firearms expert on the boards of the National Association of Chiefs of Police (NACOP), the Council for America, and the American Federation of Police and Concerned Citizens (AFPCC).

“Politicians who [honestly] respect the rights of the people should pay attention to recent remarks by Rep. Thomas Massie, R-Kentucky, of the Congressional Second Amendment Caucus.”

Rep. Pelosi’s remarkable admission came during the news media’s national discussion of the Las Vegas massacre which turned into a debate about how to infringe on citizens’ constitutional right without the citizens’ understanding of what’s being perpetrated on them by leftist politicians.

Scores of victims were murdered and hundreds wounded in Las Vegas allegedly by a lone gunman who was “loaded for bear.”  There has been discussion on Capitol Hill and elsewhere regarding public policy on bump stocks.  The devices were reportedly in the possession of the Vegas sniper, but it isn’t known if he used it during his intense shooting spree.

A bump stock is a device that can be used to increase the rapidity of bullet expulsion from semiautomatic rifles. 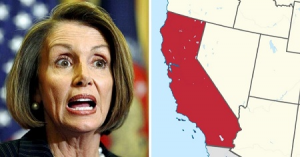 Pelosi was asked at an October 5 press conference if she thought gun control opponents would argue that an attempt to regulate bump stocks would be a “slippery slope” towards additional anti-gun proposals.   Pelosi stated:  “They’re going to say, ‘You give them bump stock, it’s going to be a slippery slope.’  I certainly hope so.”

Subsequently, the GOP leader of the Congressional Second Amendment Caucus threw cold water on the bump stock regulation discussion.  Rep. Thomas Massie (R-KY) “said nothing should be done at all until all the facts are known about the Las Vegas shooter’s methods,” reported the Washington Examiner on October 8.  “We have nothing but TV reports where the facts change every day about how many weapons [the shooter possessed] and what were the weapons,” Massie said.

“It’s not been reliably documented what weapons he had.  Until we have the facts, it doesn’t do too much good to debate hypotheticals,” said Rep. Massie.

John Snyder wholeheartedly agreed by saying, “Rep. Massie’s statement is prudent.  Politicians would be better off following a reasonable approach to Vegas than going off with half-cocked proposals in response to media-generated hysteria.”

“Sen. Feinstein said yesterday that no law would have stopped the alleged mass murderer in Las Vegas but that she still supports more gun control anyway,” Snyder continued.  “Rep. Pelosi admitted last Thursday that moves against bump stocks reportedly used by the killer would be a step on a ‘slippery slope’ leading to more restrictive gun control.

“Both Sen. Feinstein and Rep. Pelosi in effect have admitted they don’t care about the truth but will say anything they think will advance their anti-gun cause.  It’s not surprising.  They’re both pro-abortion and are all in for legislation that facilitates the murder of innocent, unborn children.  They do not care about the right to keep and bear arms for the defense of life or for the right to life itself,” he warned.

A practicing Catholic, Snyder has been named “a champion of the right of self-defense” by the Washington Times, the “gun dean” by Human Events, and the “senior rights activist in Washington” by Shotgun News.  The Trace designated him a power broker.