Home/January 2019, Opinions/Poking A Stick In The Eye Of Social And Emotional Learning

Poking A Stick In The Eye Of Social And Emotional Learning

This is the phrase that explains how the government gives permission for business and organizations to spy on our children for profit. The need for the protection of our children at school and their privacy in these technological times has never been greater.

Our advocacy group, Child Abuse in the Classroom, A Legal Challenge To ESSA, helped pass legislation in Tennessee that provides protections for parents from privacy invading data mining and mental health techniques without parental knowledge or consent at school. I call it, “Poking A Stick In The Eye Of Social and Emotional Learning.”

Read Tennessee’s Press Release here about our legislation. The job now is to pressure officials in the state to enforce the law. The protections of the law are described in the following links:

The psychological probing and prodding of students in Tennessee schools, as well as all over the country, is no different than the unfair and deceptive conduct of Facebook shenanigans when Cambridge Analytica harvested  Psychometric Dossiers on Facebook users. The scraping of individual personal data and Facebook’s pressure on 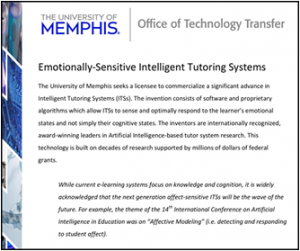 banks to see your checkbook (Source:) is just a glimmer of the data-mining being done on people. The misdeeds of Cambridge Analytica for using improper psychological profiling on citizens and potential voters is a small slice of nefarious surveillance that doesn’t come close to the collection of personal data and interventions at school to change our children’s American ideals starting before Kindergarten. (Yes, daycare centers are collecting social and emotional data.)

ACT in their development of Tessera measures social and emotional skills that compares the same goals as Cambridge Analytica. They refer to Tessera as the “Rosetta Stone for Social and Emotional Learning.” Tessera uses five similar OCEAN factors defined as: openness to experience, conscientiousness, extroversion, agreeableness, and neuroticism, a taxonomy of personality traits and psyche. According to our new law, ACT would now be required to get informed written consent from Tennessee parents for any social and emotional personality testing. Are we evolving toward a standardized psychological  profile on individuals? (See Legislation for the new Census, HR 4174) 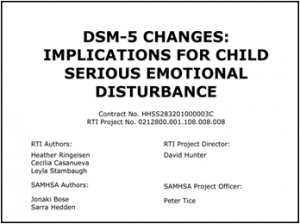 Education departments, Silicon Valley and big business are on a roll. They get their raw material for free…your kid’s data. We put CASEL (Collaborative for Academic, Social, and Emotional Learning), University of Memphis, Vanderbilt University, the TN Department Of Special Education, and SAMHSA (Substance Abuse and Mental Health Services Administration under the U.S. Department Of Health and Human Services, HHS, ACT, American College Testing (Tessera and Engage) and the Tennessee Department Of Education on notice. We intend to have the law enforced.

Not very many people are critical about the psychological data being collected and used for behavioral interventions that manipulate the personalities of our children at school! Why not? What is the difference? Our children are captive guinea pigs, they are minors being exploited, and they can’t defend themselves in a classroom. See all letters here sent to education officials, HHS, business, and non-profits to enforce Tennessee law. (Source:)

This agenda is a complex system of mental health data-collecting and conditioning of our children in U.S. schools today. The vast spying and cataloguing of personality traits and behaviors at school is being done for commercial reasons and the government’s hellish desire for psychological profiles. There is more to understanding the mere privacy invading collection of personal data. From monitoring keystrokes on the computer, to facial expressions, blood pressure, and mood, these techno-business companies are pulling in the data by droves and creating new software and curricula for profit. They see dollar signs-not kids in danger. See University of Memphis link proving that software and proprietary algorithms are being used to commercialize Emotional Sensitive  Intelligent Tutoring Systems. A very good question for the University Of Memphis, “Where was your research project implemented and did you get parental consent? (Source:)

Many people are quick to mention that collecting data doesn’t hurt you. But the realization of privacy invading techniques deepens when parents find out what is done with the personal data collected. Decisions are made about their children using the collected data, and worse. Their children may be coded for mental health problems (DSM V) in classrooms using social, emotional, or behavioral learning. 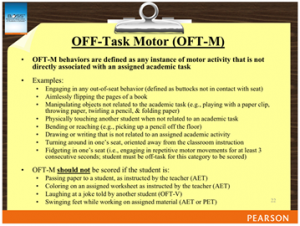 The collection of data is an invasion of privacy. Interventions or the targeting of behavior change and personality change through therapeutic psychological manipulation without a parent’s knowledge or consent is an invasion of Constitutional Rights. Two VERY different concepts that must be understood when translating the implications for future generations of our country. When you think about who are the most vulnerable, you can bet that our young American boys are targeted at school for conditioning to be docile compliant little robots. Is being an American traditional, strong masculine man taboo?  (Source:)

American citizens must wake up to the realization that school is NOT school anymore. The combination of conditioning for the global workforce and interventions in personality development are very real and there are not very many people who understand. (Note: Iserbyt warning.) What is at stake when a system of behavioral conditioning was legislated in ESSA, Every Student Succeeds Act? Invariably these techniques are being pursued by school districts across the country. Step by step teachers are being trained to identify children with “serious emotional disturbance” with the definition being expansive by monitoring and itemizing normal behavioral occurrences. (See OFF-Task Motor for examples: fidgeting, flipping pages in a book, turning around in your seat, or butt not in contact with the seat, etc.) Zealous observations of kids are being tallied to determine behavioral and psychological conditions that are arbitrary and subjective. Parents are NOT informed of these dangerous tactics. It’s just not right. It’s dangerous.  (Sources: BOSS app. Behavioral Observation Of Students In School ; DSM Coding)

Have schools become mental health clinics? Many teachers have rebelled against being used as informers for the federal government. Some have gone along with the flow. Why have schools agreed to this concept of data collection and interventions in child personalities? And, the BIG question that begs to be asked, Why is an education institution not covered under the same privacy and security protections that HIPAA provides patients in the medical world? We need that security and protection in education NOW to protect our children. Congress has failed us, but no more data mining in Tennessee.

It can be a heyday in Tennessee for any parent to file suit against the Tennessee Department Of Education or contractor for collecting and sharing their child’s social, emotional, and behavioral data with outside contractors. “Delete Your Data At School” could be the most fun game ever as parents happily destroy all the social, emotional, and behavioral information on their child’s record. Oh what fun!  We have the goods on them. Let’s go get ‘em!