A group of pro-life activists will hold a demonstration and press conference in front of the Russell Senate Office Building as well as a prayer vigil at the office of GOP Sen. Mitch McConnell, the current Senate Majority Leader. 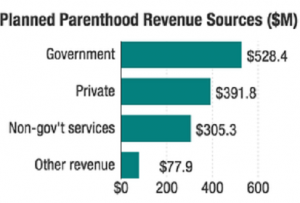 According to the anti-abortion group Created Equal, Baby Hope will be delivered to Sen. Mitch McConnell containing a 12-week fetal model with a message to defund Planned Parenthood from Baby Hope. In the coming days, 100 US Senators will receive important packages.

The deliveries won’t be simple notes from their constituents. Within days, every single US Senator will be delivered Baby Hope, a twelve-week old baby, with a personal message from her to defund Planned Parenthood and redirect the hundreds of millions of taxpayer dollars to community health centers instead of paying for the baby execution arm of the Democratic Party.

The activists — the majority of whom are Christians, Jews and even Muslims will be urging the Senate to stop subsidizing abortion and redirect abortion giant Planned Parenthood’s taxpayer funding. “It’s all a scam. The Democrats push for tax money in the millions to be donated to Planned Parenthood each year. Then Planned Parenthood turns around and donates those taxpayer dollars to Democratic Party candidates especially presidential and congressional candidates.

“Participants will stand in solidarity with the 329,000 innocent children that are aborted every year at Planned Parenthood abortion clinics across the nation,” noted Mark Harrington, National Director of Created Equal said.

“Funding for Planned Parenthood has been a perennial issue since Republicans won control of the House in 2010, and each time, Republican leaders have finessed it by saying the matter would be settled in a broader health care bill. Now, is the time to hold these pro-life representatives accountable for their campaign promises. We will deliver a strong message to every single US Senator to defund Planned Parenthood and end all funding streams for abortion in the health care bill,” said Harrington.

Abortion is not healthcare and not one penny of taxpayer funding should go to an organization that takes the lives of 329,000 innocent children every year.  We encourage the Senate to follow the lead of their colleagues in the House and not include the funding of Planned Parenthood in their healthcare legislation.

David Daleiden and the Center for Medical Progress (CMP) released a video recently showing Planned Parenthood’s willingness to engage in the illegal sale of fetal body parts. In the video, President of the Medical Directors’ Council for PP Federation of America’s Dr. Mary Gatter says that $50 per aborted baby is “on the low end” of payment for fetal specimens. Gatter was shown in a previous CMP video discussing the sale of babies aborted at PP facilities, saying, “I want a Lamborghini.”
In the latest video, Gatter says she wants the price to cover the cost of a technician who will harvest the fetal parts, including livers and lungs. Federal law prohibits the sale of fetal tissue for profit.

“We look forward to the results of pending criminal investigations of a number of Planned Parenthood affiliates by the U.S. Department of Justice and the FBI. Life Legal continues to press for the withdrawal of all federal funds from an organization that routinely exhibits a callous disregard for human life and that flaunts its willingness to violate the law.”

In her new book America Return To God, Evangelist King encourages America to pray for our President, all leaders and those in authority and for everyone on earth. Her message to the man in the Oval Office. “Yes, Drain the Swamp President Trump! Defund Planned Parenthood.”