by Rev. Austin Miles
This is long overdue, almost 30 years overdue. I was once very rude to the pastor of Moody Church in Chicago during his radio program on WGN where I was invited to be his guest. I wasn’t simply rude but downright vicious. I am so ashamed in even writing this as I reflect on that night.
He was very kind and gracious to me, but I tore into him like he was the lowest of the low.  Yet, he stayed loving and polite to me throughout. He did once say, “Ouch!” at one verbal stab I threw at him.  And why was I so hostile toward him? Because he was a Christian Minister and pastor of a church. Considering what I was going through, the entire church was evil. I am not mentioning the denomination of the church that tried to destroy my very life. 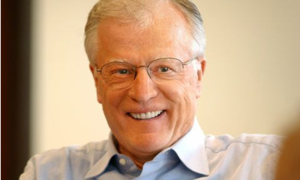 I had been an evangelist for this national church. I had come out of a lucrative show business career when I felt God calling me into the ministry.  Being highly publicized, this church organization bent over backwards to enlist me into their ranks.
At the official meeting with that denomination I was asked why I wanted to be a minister.  I quickly replied that God had called me and I could not even think of doing anything but preaching the Gospel.  “That’s the answer we were hoping to hear”, the head honcho of that denomination pontificated.
After passing an extensive written exam I was cleared for ordination, which took place later at a church in New York.  That was one of the happiest events of my life.  Because I had been in show business for so many years, I also was given the office of Chaplain to Show Business.

I began traveling to churches in every state, province of Canada, as well as England, France and Norway, for week long evangelistic meetings. Because of the publicity I received, all churches were packed wherever I spoke. I was happy to be in an occupation where people were “humble,” did not have big heads or egomania like it was in show business where everyone wanted to be a star. So I Thought.