Home/November 2017, Opinions/Reality Is Often Stranger Than Fiction; The Elite Call It Posthuman

Reality Is Often Stranger Than Fiction; The Elite Call It Posthuman

A concept being discussed in many elite and scientific circles today is posthuman, or after human existence.

A transhuman is an intermediary form between human and post-human.  A transhuman looks like a human in physical respects but possesses powers and abilities beyond those of standard humans.  These abilities might include enhanced intelligence, consciousness, strength, or endurance.  This may also include the gender identity assigned to them at birth, the homosexual, trans-man, trans-woman and transgender. 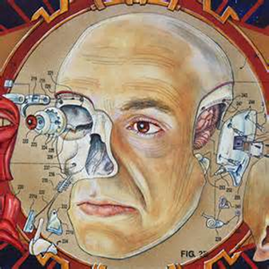 A cyborg is the abbreviation of cybernetic organism, a being with both organic and biomechatronic body parts.  A cyborg is not bionic, biorobot or android.  Cyborgs are commonly thought of as mammals, including humans, they might also conceivably be any kind of organism.

A human-hybrid is an entity that incorporates elements from humans and animals; it’s a human-animal hybrid.  All of these can be considered an assault on the human race.

Due to the enhanced technology of magnetic resonance imagining (MRI), the entire brain has been mapped out.  Through computerized images we know the exact area of memory, thought, emotion, smell, taste and feeling, implant devices can be used to trigger those neuron connections within the brain.  Just as artificial intelligence (AI) is programmed, a brain implant containing information on any given subject can be implanted to enhance human mental aptitude and performance to cause super human abilities.

US Defense Advanced Research Projects Agency (DARPA) was designated $80 million to develop brain chips capable of implanting or removing memory. These implants are intended to aid troops’ cognitive abilities during and after wars.  Believe me, with every implant there’s a back door capability to control that implant and also the person. 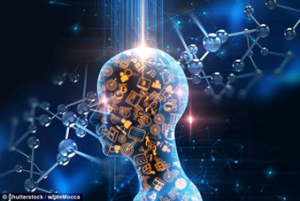 Russian President, Vladimir Putin, ex-military and Karate expert, fears the prospect of a universal soldier with superman capabilities. He says, “Now that scientists have broken the genetic code, and can successfully edit human embryos with pre-designed characteristics, we need regulations to prevent the creation of mass-killing super soldiers.”

AI implants inserted into bodies are humans melded with machines.  Are they still human beings, made in the image of God?  Moreover, aren’t we being melded with machines even today?  Can we function without our Smart Phone, GPS, Facebook or Google? In the workforce or in every day life what, normal human being, can compete with a transhuman or a cyborg or a hybrid?

What’s happening today is also mentioned in the Bible in the book of Genesis and in the Book of Enoch.  It was the reason God regretted making mankind and the same reason He flooded the earth with water and destroyed every living creature with the exception of Noah’s undefiled family and the uncorrupted creatures that He handpicked from every living species before they entered the ark. 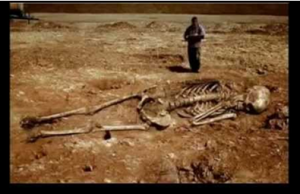 I began this three part series by showing that in the very near future 40 to 50% of all jobs in America are at risk of being replaced by robots. Robots don’t take coffee breaks or lunch breaks and they don’t take vacations.  They don’t take sick leave or maternity leave either.  And employers won’t have to bother with payroll clerks, time cards, a retirement fund or a health care plan and robots are exceedingly smarter than us.  Stop thinking you can successfully compete against robots.

When people have nothing to lose, they lose it.  The powers that be are afraid that people will lose it.  With the prospect of 50% of Americans unemployed and much higher numbers in undeveloped countries, governments and billionaires have colluded to devise a “Universal Basic Income” (UBI) to provide essential provisions for every human being on earth. The UBI is the concept to placate the impending magnitude of unemployed.

In part two, I revealed the astonishing capabilities of artificial intelligence (AI). I also mentioned that the United Nations is currently engaged in special hearings to determine whether to relinquish life and death decisions over human beings to machines.  Determining whether machines will have the sole decision making power to kill humans is profound and overwhelming. Since machines cannot be held accountable legally, this decision will determine the future existence of the human race. 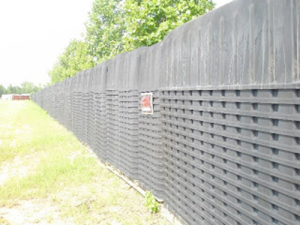 If you disregard the spiritual aspect, none of this makes sense.  After all, why would billionaire elites, scientist and governments empower machines to eradicate the human race, of which they belong?  The answer is they’re luciferians.

And I reiterate Jesus’ words, “…the devil would have killed every living creature on the face of the earth,” Satan kills people through other people.

Again, if you haven’t watched “I Robot”, do so, if you have watch it again. Before you do, watch this short video Slaughterbots – YouTube

CEO of SpaceX and Tesla, Elon Musk: Artificial Intelligence Is More Dangerous Than North Korea.  “I don’t know a lot of people who love the idea of living under a despot,” said Musk, suggesting a future where artificial intelligence—or the people controlling it—exceed our capabilities by orders of magnitude. Elon Musk’s Billion-Dollar Crusade to Stop the A.I. Apocalypse …  He’s also gone so far as to call artificial intelligence, “a fundamental risk to the existence of human civilization.” 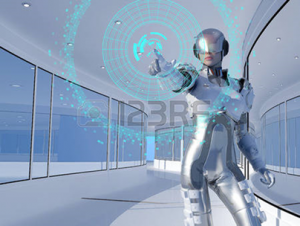 “When you have super intelligence that exceeds humanity by a lot,” says Musk, “it’s very important that it’s benign.  ‘Power corrupts and absolute power corrupts absolutely.’  Freedom consists in the distribution of power and despotism in its concentration.  AI is a rare case where I think we need to be proactive in regulation rather than reactive.  Nobody likes being regulated, but everything—cars, planes, food, drugs, etc.—that is a danger to the public is regulated.  AI should be too.”

Elon Musk Urges U.S. Governors to Regulate AI Before It’s Too Late …, we only have “a 5 to 10% chance” of preventing killer robots from destroying humanity. Musk insisted on lawmakers considering regulations regarding AI’s creation. In August, Musk even signed an open letter to the United Nations, as AI experts join Elon Musk, Stephen Hawking, call for killer-robot ban.

Robots and AI are not designed to empower humanity, but to track, enslave, takeover and replace humanity, and Elon Musk not only has the foresight to realize this, he’s actively moving to prevent it.

Since my last article there’s been a disturbing revelation in this developing world of robotic machines and artificial intelligence.  An ex-Google executive, Anthony Lavandowski, the $120 million former Google engineer that helped invent “Street View,” Waymo and Uber’s self-driving cars, and who is also being sued by Google for stealing trade secrets, after two years as its CEO, Ex-Google Executive Registers First Church of AI With IRS, Way Of The Future (WOTF). 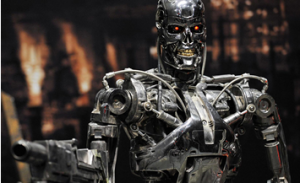 Lavandowski claims that one day artificial intelligence will become so efficient that it’ll surpass and overpower humans so they’ll readily handover their power to a creation with far more intelligence, and the AI godhead will benevolently take charge of its human subjects.  The WOTF church’s mission statement says it intends “To develop and promote the realization of a godhead based on artificial intelligence and through understanding and worship of the godhead contribute to the betterment of society and to develop a peaceful and respectable transition of who is in charge of the planet from people to people + machines.  Given that technology will ‘relatively soon’ be able to surpass human abilities, we want to help educate people about this exciting future and prepare a smooth transition.”  WOTF has also “given rights to ‘both sexes,’ minority groups and even animals.”

In response to Lavandowski’s WOTF, Elon Musk says “People who talk of AI gods should absolutely not be allowed to develop digital super intelligence.”

Here’s what the Bible has to say about all of this, Revelation 13:15 “The second beast was given power to give breath to the image of the best, so that the image could speak and cause all who refused to worship the image to be killed.  It also forced all people, great and small, rich and poor, free and slave, to receive a mark on their right hands or on their foreheads, so that they could not buy or sell unless they had the mark, which is the name of the beast or the number of its name.

“This calls for wisdom.  Let the person who has insight calculate the number of the beast, for it is the number of a man.  That number is 666.”

“A third angel followed them and said in a loud voice: ‘If anyone worships the beast and its image and receives its mark on their forehead or on their hand, they, too, will 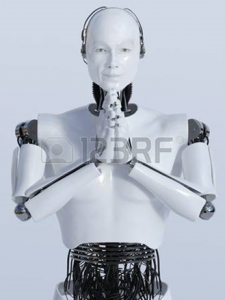 drink the wine of God’s fury, which has been poured full strength into the cup of his wrath.  They will be tormented with burning sulfur in the presence of the holy angels and the Lamb.  And the smoke of their torment will rise for ever and ever.  There will be no rest day or night for those who worship the beast and its image, or for anyone who receives the mark of its name.’  This calls for patient endurance on the part of the people of God who keep his commands and remain faithful to Jesus.” Rev. 14:9-12.

“You may be an ambassador to England or France
You may like to gamble, you might like to dance
You may be the heavyweight champion of the world
You may be a socialite with a long string of pearls.

Who’s your God and who do you serve?

Check out Al Duncan’s other articles and his book, The Master Plan.