The steps of a good man are ordered by the LORD: and he delighteth in his way. Psalm 37:23

Roger Fredinburg was my friend, my former boss, and my dear brother in Christ. He was born on October 1, 1960 and passed into glory at 2:00 a.m. on April 19th.   Heaven rejoices, and those of us who knew and loved Roger, mourn our loss, but know we will see him again.

Please keep Roger’s wife Anne, their children and the rest of their family and friends in your prayers as they go through this time of grief and loss. 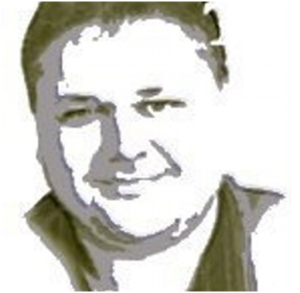 Certainly, the Lord loved Roger, who called himself the “Regular Guy,” when he hosted his three-hour nationally syndicated radio program for over a decade.  Truly, this man was not a just regular guy, but someone so special, that the Lord blessed him with the ability to empathize and understand, to laugh and to weep and to care so much about his fellow man, especially those he interviewed night after night.

Most of Roger’s guests were political, but there was a time in 1997-1998, where his sensitivity and dedication were evident most when he took on a series entitled, The Holocaust, We Must Remember.  Every Wednesday night for 21 weeks, he interviewed survivors, resistance fighters, historians, and so many more.

The unconditional Abrahamic Covenant to Israel states in Genesis 12:1-3 that those who bless Israel will be blessed, and those who curse her will be cursed.  As Roger told me many times, the best radio he ever did, and loved, was the series on the Holocaust. And the Lord greatly blessed him.

I remember it well, because as Roger’s Executive Producer, I had asked him if we could do this program.  His answer was a resounding YES!  Roger has little patience with anti-Semites, and he always loved his Jewish brethren.  The music he chose for Wednesday nights was perfect, and his warmth and gentleness during the interviews made every program even more beneficial to the audience.

My friend Chey Simonton helped me locate and schedule wonderful guests and we opened the program with Dr. Michael Berenbaum who was Project Director of the United States Holocaust Memorial Museum in Washington DC.  Dr. Berenbaum took us on a verbal walk through describing the contents of the museum’s many floors.

Here is a portion of what Roger wrote on the Holocaust website about the series. The website is no longer functionable, but Roger’s letter and the many guests are still listed.

I knew talk radio and I knew of anti-Semitism in many groups in America. I felt that if we could show the truth of what happened in WWII, perhaps we could change the attitudes of some of these people with their false beliefs.  I also wanted the opportunity to bless the Jews and Israel as the Bible clearly states we are to do.

The program to me held both emotional and spiritual revelations.  Several times I almost broke down when listening to their stories as I could hear the deep hurt and pain in their voices.  When dear Dorit Bader-Whiteman told of the children who escaped prior to the “final solution,” and of parents sending their children with strangers to save them, I couldn’t imagine the pain of both parents and youngsters being separated.

When Samuel Oliner told of his being protected as a young Jewish boy in hiding to save his life and a WWII vet called in to tell of liberating a camp Samuel was speaking about, the WWII veteran started weeping on air.  It was heart wrenching.

Of course, hearing Henry Feingold talk about his book, “Bearing Witness,” and his very clear take on how it could possibly happen again awakened a sense of the profound evil that perpetrated these horrors on humanity.

How many people have actually had an opportunity to sit down with survivors of the Holocaust?  I kept asking myself, “Where was God?”  And I kept thinking, “Why God?” I had a lot lower opinion of people as well as a much higher opinion of those that suffered.  Their strong spirit and their ability to hold on to their dignity gave me an increased understanding of these amazing people.  Of all my years in radio, I consider this program to be the best I’ve accomplished.  We offer here both the original interviews and the transcripts of same so others may come to understand the horrors and evil that overtook the Jews of Europe in WWII.  Once again, I thank every guest and hope that you’ll find a deeper understanding of what they suffered and survived.

Roger’s radio station received dozens of requests from universities and colleges across the country for the tapes.  Even Steven Spielberg’s Shoah Foundation requested the tapes, and Mr. Spielberg called Roger and thanked him for the series.

Over the years, Roger and I stayed in touch via email and phone.  This wonderful Godly man was only with us for 62 years, but he made a lasting impression on everyone he touched.

Today, April 29th, 2022 his friends and family will meet to honor Roger in a celebration of his life.

Surely when he entered heaven’s gates, the Lord said to him, “Well done good and faithful servant.”

Rest in peace dear Roger, you will forever be missed.