Resets and Rumors of Resets

The COVID-19 outbreak and the draconian global elitists worldwide shutdowns in response to it has many people talking about a ‘reset.’ There have been many resets in world history as a result of wars and bankrupt nations, such as in Europe after World War 2 and Yugoslavia after their nation Balkanized (split into separate nations).

The nations that make up the Western global economies are now openly speaking of economic resets, harsher lockdowns, mandatory vaccinations, new ‘normals,’ travel requirements and restrictions(vaccine ID cards), and utilizing other measures to solve their national debts and for other nefarious reasons (global warming via population control – i.e.: population ‘cleansing’). 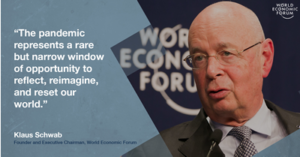 World leaders are planning even more stricter lockdowns to introduce “The World Debt Reset Program,” which includes introducing mandatory vaccinations, a push for global vaccinations, and universal basic income. Nations involved in the plans include the United States, United Kingdom, Canada, Australia, and New Zealand, which are part of the Gates-Rockefeller-World Economic Forum.

In exchange for relief of all personal debts, such as mortgages, loans, credit cards, etc., individuals are to forfeit any and all property and assets forever.

2 THESSALONIANS 2:1-3:
Now, brethren, concerning the coming of our Lord Yeshua Messiah (JesusChrist) and our gathering together to Him, we ask you, not to be soon shaken in mind or troubled, either by spirit or by word or by letter, as if from us, as though the
day of Messiah (Christ) had come. Let no one deceive you by any means; for that Day will not come unless the FALLING AWAY comes first… 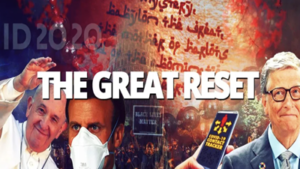 As a student of Scripture, I had always presumed that the ‘falling away’ was a gradual deterioration of the morals of Western society, starting with legalized abortion and culminating with legalized gay marriage and all other forms of sexual depravity. It now seems that these morality declines were a prerequisite for the falling away of Western governments, which are falling away from being freedom loving Constitutional republics into well-organized totalitarian regimes.

PSALM 2:1-3:
Why do the nations rage, and the people plot a vain thing? The kings of the earth set themselves, and the rulers take counsel together, against YHWH (the Lord) and His Anointed, saying, “Let us break their bonds in pieces and cast away Their cords from us.”

Is it really any wonder that governments that protect, as a human right, the murder of the unborn and in many cases the murder of the just born, that they would have any regard for the lives of its citizens of whom they believe are as cattle that are too numerous and difficult to sustain?

We are living in the pre-tribulation years, which will lead to the great tribulation years. The governments of the world are testing their abilities and flexing their authority to see how effective they can be in achieving their goals and will use any excuse (a weak virus), to assert control and attain the results for society that they desire. 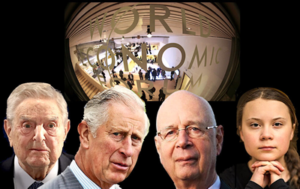 The totalitarian shift in Western governments is here to stay and will ultimately lead to a prophesied economic reset through the mark of the beast.

REVELATION 13:16-18:
He causes all, both small and great, rich and poor, free and slave, to receive a mark on their right hand or on their foreheads,and that no one may buy or sell except one who has the mark or the name of the beast, or the number of his
name. Here is wisdom. Let him who has understanding calculate the number of the beast, for it is the number of a man: His number is666.

The implementation of the mark of the beast will not be mankind’s greatest reset. 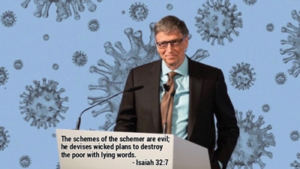 The greatest reset will be for those who are changed in the twinkling of an eye, at the last trumpet, and for those who refuse the mark of the beast.

1 CORINTHIANS 15:51-53:
Behold, I tell you a mystery: We shall not all sleep, but we shall all be changed in a moment, in the twinkling of an eye, at the last trumpet. For the trumpet will sound, and the dead will be raised incorruptible, and we shall be changed.For this corruptible must put on in corruption, and this mortal must put on immortality.

REVELATION 20:4-5:
Then I saw the souls of those who had been beheaded for their witness to Yeshua (Jesus) and for the word of God, who had not worshiped the beast or his image, and had not received his mark on their foreheads or on their hands. And they lived and reigned with Messiah (Christ) fora thousand years.

Be still my friends, and know that God is in charge.