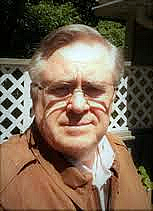 (Republican RINO) Jeff flake senator from Arizona took a stab at preserving the swamp.  Starting out his attack on the swamp draining he quoted Thomas Jefferson on truth, which must have sent old Tom spinning in his grave.  Mr. Flake stood to proclaim truth and calling our Republic a democracy, I think this guy got problems.  The (truth) he was so honorably proclaiming was the objective, empirical, evidence-based truth of the lame stream media, the same stream that makes draining the swamp so difficult.  The right arm of the democratic divide.

If people loss their faith or trust in the indoctrination of the press business in the swamp will be hard to conceal.  Mr. Flake calling the press, a constitutionally-protected free press is certainly un-true.  When the press becomes a fourth estate or a propaganda podium there are ways to put them in their proper state. One is doing exactly what the president is doing, calling them out and exposing them to the judgement of the people. The other way is to have the Grand Jury consider the allegations and indict or dismiss. Don’t you think it suspicious when the people of the swamp appoint special councils from among themselves to look into wrong doings when we have grand juries of citizens for that very reason?  Oh Mr. Flake, we have enemies, we have people that twist the truth to suit their needs, and we have grand juries to test and evaluate evidence.

A free press is a guardian of the people but what passes for the press these days is atrocious. The media is losing viewership daily and the people have been waking up to the miss-information long before Trump came along. It is a great shame that the people of the president’s party do not stand with him in his attempt to make America Great again instead of siding with the business as usual group of self-serving politicians.

You go on to say that No politician can tell us what the truth is and is not, but you claim the press can. Truth is knowable and easy to arrive at if all views are presented. Could it be you and your kind are threatened by the truth?  Truth is self-evident it can’t be attacked or manipulated only ignored or avoided at all cost. You say the press corrects itself, but If the press of the day corrects itself when wrong, there is lots of correcting for them to do.

The President is right, I think it is high time for the most corrupt and dishonest media award, and I pray that the most corrupt and dishonest politician award complete with trial by jury comes also. Mr. Flake do you understand what you are saying? “the press is the global hallmark, for it is our ability to freely air the (truth) that keeps our government honest and keeps people free.” Are you kidding me do you real believe what you said?

Mr. Fluke also quotes John F. Kennedy; “We are not afraid to entrust the American people with unpleasant facts, foreign ideas, alien philosophies, and competitive values. For a nation that is afraid to let its people judge the truth and falsehood in an open market is a nation that is afraid of its people.” But Mr. Flake seem very fearful as the president challenges of the once mighty media.  Please, please stop the attacks on the truth is your opinion and the truth does not need your help to be the truth.  The truth, the sum of existence, will weather the worst, and Mr. fluke that speech was one of the worst.

[BIO: Paul Cappadona is a home builder and cabinet maker from Cape Cod, Massachusetts, and the author of “Taking Back America“]