Home/November 2020, Opinions/Senate Hopeful Raphael Warnock: This Pastor is NO Pastor at All: What is Wrong With Christians?

Senate Hopeful Raphael Warnock: This Pastor is NO Pastor at All: What is Wrong With Christians?

I am literally amazed at the teaching out there that so-called Christians will follow and believe.

Raphael Warnock is a Democrat who also happens to be a pastor.  First I cannot understand how anyone can possibly say they are a believer in Jesus – and be a Democrat.  Does that sound a little too strong to you?  A little “off” maybe?  It’s not.

One absolutely cannot be a true believer in Jesus Christ and be a Democrat, can’t happen.  Why not you ask?  Simple – Democrats support the murder of helpless babies, the world calls it abortion, or the newest catch phrase, “women’s health.”  Since when does women’s health necessitate the inclusion of abortion?  And since when is ANY godly man or woman OK with killing babies?

God CREATED man (Genesis 1:27) and He did not create us for death, but rather life (John 10:10) God after all in the flesh sacrificed Himself for us, making a way for us when we were yet His enemies (Ephesians 2:1-10).  All life is important to God.  In Deuteronomy 30:19 God calls us to choose life, not death.  In Jeremiah 1:5, God says he knew us before we were formed in the womb – our spirit is eternal.  Psalm 139:13 says: For you formed my inward parts; you knitted me together in my mother’s womb. (ESV)  Job 31:5 says God made us, ALL of us. 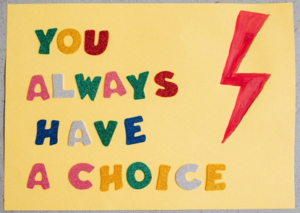 If your faith decrees that abortion is ok, then your faith did not in any case come from or through Jesus Christ.  This so-called pastor is good with abortion, and accepts the endorsement of Planned Parenthood.  I’m here to tell you, unless this man repents, he WILL be one of the goats (Matthew 25:31-46) judged by Christ.  Our Lord will not accept lightly the condemnation of His little ones to a violent and painful death – an unnecessary and evil death.

Democrats also support the weakening of, or the destruction of the American Constitution – our unique form of government that was designed by those who worship God.  Our government was designed around the belief in God, and that those who governed would be led by a faith in Jesus Christ.  The Constitution, the entirety of the great American experiment, was not designed with secular unbelievers (humanists) in mind, but rather God.

“The right to freedom being the gift of God Almighty, it is not in the power of man to alienate this gift and voluntarily become a slave… These may be best understood by reading and carefully studying the institutes of the great Law Giver and Head of the Christian Church, which are to be found clearly written and promulgated in the New Testament.” —Samuel Adams (Source)

“The liberty enjoyed by the people of these states of worshiping Almighty God agreeably to their conscience, is not only among the choicest of their blessings, but also of their rights.”
George Washington  (Source)

“Firstly I commit my Soul into the hands of God, its great and benevolent author.”  —Josiah Bartlett  (Source)

There are many more quotes where these came from, the Founding Fathers very obviously had a strong faith in God, this faith guided their actions and decisions in framing the government and this faith was worth protecting.

Raphael Warnock is running for office, whatever, that’s fine.  He stated in 2011 that one CANNOT serve God, and serve in the military.  WHAT???

“‘America, nobody can serve God and the military,’ Warnock said in the sermon delivered at Ebenezer Baptist Church in Atlanta, where he serves as senior pastor.”  (Source)

So I have to ask, what does Warnock have to say about Moses?  Or King David?  How about King Nebuchadnezzar (Jeremiah 27:6) whom God referred to as His servant?  What about Elijah, a major prophet of God – who slew hundreds of people (1 Kings 18), the prophets of Baal?

God has no issues with the military, this is made up nonsense in Warnock’s head.

Warnock also said that Americans need to repent for their worship of whiteness.  How’s that again?

In an interview with Tim Bryant, Warnock stated that abortion is consistent with his philosophy as a Christian minister.

“‘I believe unequivocally in a woman’s right to choose, and that the decision is something that we don’t want government engaged in – that’s between her and her doctor and her minister,’ he said, adding that, during his campaign, he has been ‘focused on women’s health, women’s choice, reproductive justice. That is consistent with my view as a Christian minister. And I will fight for it.’

When Bryant asked him, ‘Do you think it’s consistent with God’s view – that God endorses the millions of abortions we’ve had in this country since Roe v. Wade?’ Warnock replied, ‘I think that human agency and freedom is consistent with my view as a minister.’” (Source)

Reproductive justice?  Seriously???  Where I would like to ask is the justice for the human baby that was ripped to shreds in the womb with a pair of forceps and then vacuumed out like the dirt on your rug?  What about that pastor Warnock?

🚨 @ReverendWarnock opposes ANY abortion restrictions. He’s used the Bible & the pulpit to justify his support for abortion on demand.

Unlike my opponent, I am 100% pro-life. I will ALWAYS defend the most vulnerable among us. #gapol #gasen pic.twitter.com/GBHigJKnA2

Raphael Warnock is the pastor of a megachurch, how this happened is beyond me given what he supports.  His flock is woefully misled, and those who would vote for this man are as well.  A believer in Christ must be guided by what Jesus teaches, not what the world says is ok, and not what those who would fill the coffers are OK with.

Election Auditors, IT Specialists, and Data Analysts Among Others Speak: Overwhelming Evidence of Voter Fraud – Enough to Change the Election

Did Joe Biden Use THE HAMMER to Steal the Election?