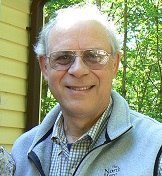 The Violence Against Women Act is one of those laws with an innocent sounding name, but in practice toes a hard-left agenda. First passed in 1994 thanks to the efforts of then-Senator Joe Biden, VAWA is now up for its five-year reauthorization.

On November 13, Dianne Feinstein introduced the Democrat version of VAWA in the Senate. Her bill was modeled on the bill that had previously passed in the House along mostly party-lines. Replete with progressive provisions and new entitlements, leading conservatives issued a statement strongly critical of the House bill, charging it represented “an act of immense political overreach.”[1]

A week later, Sen. Joni Ernst introduced her version of the Violence Against Women Act (VAWA) reauthorization, S. 2920. In her press release, Ernst emphasized how her bill would dramatically boost funding for victim services.

But as a Republican senator from Iowa, the more important question is, How well does her bill advance Republican ideals and conservative principles?

To answer this question, I compared her bill to the tenets outlined in Principles of Conservatism, published by the Heritage Foundation.[2] Seven of the Heritage Principles are directly relevant to the Violence Against Women Act. Key parts of each Principle are shown in bold, below.

Senator Ernst’s bill fails to address six of the Heritage Principles. And for the seventh Principle – not worsening the federal deficit – the Ernst bill would make the situation considerably worse.

The federal government exists to preserve life, liberty and property, and it is instituted to protect the rights of individuals according to natural law. Among these rights are the sanctity of life; the freedom of speech, religion, the press, and assembly; the right to bear arms; the right of individuals to be treated equally and justly under the law; and to enjoy the fruits of one’s labor.

ANALYSIS: Over half of domestic violence victims are male, according to the Centers for Disease Control. But these persons are underserved and even excluded by VAWA programs.[3]

ANALYSIS: Article I, Section 8 of the Constitution does not authorize the federal government to enact criminal statutes. Within the context of VAWA, this Principle could be addressed by means of instituting block grants to the states.

Judges should interpret and apply our laws and the Constitution based on their original meaning, not upon judges’ personal and political predispositions.

ANALYSIS: VAWA funds judicial training programs that have been found to be biased in their content,[4] thereby undermining the fairness of judicial adjudications.

The family is the essential foundation of civil society, and traditional marriage serves as the cornerstone of the family.

ANALYSIS: VAWA has been documented to contribute to family break-down in a number of ways, e.g., by enabling false allegations.[5]

ANALYSIS: With the exception of due process provisions in the Safety for Indians Title VIII, the Ernst bill does not address the myriad of due process problems created by VAWA, e.g., the issuance of restraining orders without proper due process[6] and widespread mandatory arrest policies.[7]

America is strongest when our policies protect our national interests, preserve our alliances of free peoples, vigorously counter threats to our security, and advance prosperity through economic freedom at home and abroad.

ANALYSIS: VAWA currently allows a foreign national to receive priority treatment in getting employment approval and citizenship by claiming to be a victim of domestic violence, no evidence required.[9] This policy is now believed to pose a security risk, since a terrorist could become intimately involved with an American citizen, and then bypass numerous security checks by playing the abuse card. The issue of VAWA-induced marriage fraud was highlighted in a recent GAO report.[10]

The federal deficit and debt must not place unreasonable financial burdens on future generations.

[BIO: Edward Bartlett, PhD, an Army veteran, worked as a professor at the University of Alabama-Birmingham and for 15 years as a research manager in the federal Department of Health and Human Services.]