Shocker: Democrats “Excited Over This Pandemic”

The Bible tells us that there are two forces to deal with in this world, good….and….evil. The distinction is easy. The Republicans are good and the Democrats are so evil a drone would not go to that party.

Nicole Evans of The Patriot Hill writes that Joe Biden, who believes he will be our next president, stated those very words in the headline and took it further by stating: “I believe this is the way to change the United States.” Every Communist believes that America MUST be changed.

Biden blubbered on that the COVID-19 “has made people realize “what is possible.” What gift we received from that virus to make anything possible was not explained by blundering Biden, the demented democrat, who was speaking at a fundraiser for his presidential campaign. 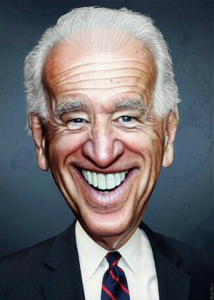 Biden acknowledged before the crowd that yes, he was really excited because to him, now get this, “The Coronavirus pandemic is a chance to really move the ball forward in the next three or four years.” To this misinformed australopithecus he was ‘excited’ by this. But to millions of Americans and people around the world, this pandemic has cost them their jobs and their ability to put food on the table. Yep, for Jabbering Joe, this excited him. This writer will not call him a bum because most bums have better character than this.

So Democrat Joe Biden is rejoicing over the fact that a deadly virus has escaped a lab in China, or sprung from a lab in China, that paralyzed the whole world, and killed over 45,000 Americans so far. Yes, this ‘excites’ him since it gives him the tools with which to change America. The dream of every Communist.

Indeed, all Democrats are rejoicing at this chance to literally re-make America. The Dem Hag Nancy Pelosi bragged as she showed off her gourmet ice cream and exhibited her $24,000 full stacked fridge while the rest of America is struggling to survive having lost their jobs and cannot make payments or pay the rent for their homes.

At that fundraiser, Biden called Trump supporters…that is us…”xenophobic racists.” That is a typical lying democrat statement. This writer is nowhere near xenophobic nor racist nor anyone I know. Yet that is a convenient reference since he is pandering to Bernie Sanders voters.

Yes, the DemRats are using (if they didn’t actually help start it) the COVID-19 as a “great opportunity” to ram their agenda down our throats. And Joe Biden is not hiding that fact, fully demonstrating how arrogant the Left is. That entire party is contaminated with missing mind syndrome. Or more likely, “evil mind syndrome.”

Now, for further shocks, notice how the democrats are using this pandemic for personal gain. Lawrence Craig, a frequent contributor to this column sent me these details. As all readers know, California is run by Communist dictators. And the democrats are already figuring out a way to exploit this virus.

Gavin Newsom, the Governor of California recently made a $1 Billion deal with a Communist Chinese Company. We do not have the details since Newsom is tight-lipped even though he is, according to confidential reports, cutting deals behind the (iron) curtain with the Communist Chinese government and their companies to aid in the overthrow of America by the coming Communist New World Order.

California can expect a hefty tax raise to finance this assistance in the overthrow of our country.

THE BIG PUZZLE: It is to be questioned if indeed, anyone from the United States, assisted China in the creation and release of that deadly virus with the hopes of bringing down our country. We WILL find out.

Meanwhile, this information has been given to readers, who should now appreciate this warning: Do not, under any circumstance vote for a democrat. It is suicide to do so.