Smollett Hoax: Democrats, Media Refuse To Let Facts Get In Way Of An Anti-Trump Story

In case after case after case, the mainstream media devour any story that just fits their radical, extreme extension of the Democratic socialist party agenda. If it advances the narrative that Donald Trump is evil and his supporters are bad and America is scary and racist and sexist, homophobic, xenophobic, Islamophobic, the media mob will shift into full gear without performing any due diligence — without even picking up the telephone, without any kind of investigation, not even five minutes worth.

Look at what they did to the 16-year-old Covington high school student, Nick Sandmann. Off a 15-second blurb, they accused him of being a racist, harassed him, accused him of assaulting a 65-year-old activist and getting in his face. They tried to ruin this kid’s life with slander, smearing, besmirching, character assassination.

They accused Justice Brett Kavanaugh of gang rape, saying that every other weekend, he and his friends were drugging teenage girls and literally, you know, lining up in the hall for gang rapes that nobody ever reported. They tried to ruin his life, tried to call him an alcoholic. We know how that ended. He is now a Supreme Court justice.

Here is a long list of false hate crime reports that were used to tarnish President Donald Trump and members of his administration.

What is equally frustrating is that the repercussions for those that report them have been minimal. Let us think back for a moment on the Roseanne Barr tweet that rocked the world, right? Barr was fired within hours however, Jussie Smollett who has faked his own homophobic and racist attack is still employed. 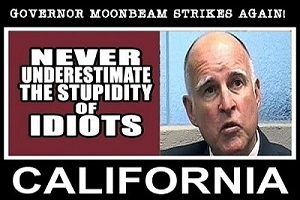 So, here is a list starting back from before the 2016 election compiled by the New York Post that turned out to be fraudulent.