Stand Up For Trump Or Lose America Forever

“The most courageous act is still to think for yourself. Aloud.” —Coco Chanel

The elite media has been caught in so many lies because of false statements that its whole reputation has eroded, their circulation is down, and their profits are down. —Geraldo Rivera

“The only thing necessary for the triumph of evil is for good men to do nothing. Nobody made a greater mistake than he who did nothing because he could do only a little. Those who don’t know history are destined to repeat it.” —Edmund Burke

Why the Media Lies

Well, Geraldo, you don’t know the half of it, and undoubtedly you haven’t done your homework to know why the Democratic socialist media is allowed to lie with impunity.  It all started in 1964 with the supreme court case, NYTs v. Sullivan.  This progressive Warren Court decision destroyed the dignity of the American people.  Prior to ’64, media could not and did not lie about others for fear of retribution, (i.e., being sued for libel or slander) but with this SCOTUS decision, all that has changed.  We can thank the liberal 1964 Warren Supreme Court for a unanimous decision in New York Times Company v. Sullivan.  Remember, they’re the same court that in 1962 took prayer out of school. 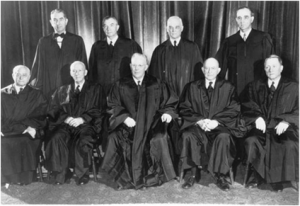 And now we see what this decision has allowed leftist media to do to the President chosen by grassroots Americans who were tired of the lies, deceit and destruction of our beloved country. Middle America had had enough, and although the pollsters and the pipers tried to convince us to not even bother to vote, we were fed up with the denizens of the swamp. It was time, and we got our first non-globalist, non-New World Order president in decades.

The same party who had ridiculed Trump on his comments about the election being rigged, (see Devvy Kidd’s latest) started screaming that the election was rigged. They even advocated having the election repeated. They created mobs that burned and pillaged, stopped traffic, threatened murder, battery and rape of Trump supporters, and became the anarchists that the socialist dream thrives upon.  Anything to derail Trump from winning.

The insanity continues blaming the Russians and even Senator Diane Feinstein says, “We have zero evidence of Russian collusion during the 2016 presidential campaign.”  That’s because there is no truth whatsoever to this claim.  However, the leftist media glommed onto it when Trump made a joke about Hillary’s missing emails.

During one of the Presidential debates, while speaking about the hacking of DNC emails, Trump made a sarcastic joke and said, “Russia, if you’re listening, I hope you’ll be able to find the 30,000 emails that are missing.”  And that’s all it took for the Socialist media to accuse Trump of collusion with Russia.

President Trump fired FBI Director James Comey and was accused of sharing top-secret intelligence data with the Russian foreign minister and the Russian ambassador to the United States, the latter a known Russian spy.  The firing was not done with Presidential class, yet I understand completely why Trump got rid of him, as we all knew Comey was in Obama’s pocket.  And there is far more to this than meets the eye, more in an upcoming article.

The left hated Comey as they perceived he cost Hillary the election.  Reid wanted Comey investigated, the leftist Atlantic stated that Comey had done lasting damage to the FBI, Politico claimed Comey had destroyed Clinton’s chances and needed to go.  Every leftist rag and all the Democrats piled on Comey, but when Trump fired him, the left was in a predicament.  They are now claiming that Trump interfered with the investigation into the non-existent Russian involvement in the 2016 election by getting rid of the man charged with investigating this claim.  The hogwash and bull dung is shoulder deep.

The Washington Post, owned by Amazon’s Jeff Bezos, is promoting the intentional evil destruction of this American electorate supported presidency.  The Post declared that Trump met with the Russian foreign minister and ambassador and shared intelligence with the Russians, which by the way, he has the right to do. Why?  Because, as President, he can declassify anything anytime he chooses.  Undoubtedly a rogue intelligence agent gave this information to the Post, and in doing so, committed a felony.  Typical of the Obama elitists.

Now the Post has stated that, “A month before Donald Trump clinched the Republican nomination, one of his closest allies in Congress — House Majority Leader Kevin McCarthy — made a politically explosive assertion in a private conversation on Capitol Hill with his fellow GOP leaders: that Trump could be the beneficiary of payments from Russian President Vladimir Putin.”

“There’s two people I think Putin pays: Rohrabacher and Trump,” McCarthy (R-Calif.) said, according to a recording of the June 15, 2016, exchange, which was listened to and verified by The Washington Post.  Rep. Dana Rohrabacher is a Californian Republican known in Congress as a fervent defender of Putin and Russia.

It wasn’t long ago that the leftists all loved Russia and wanted to snuggle up to them, but now they’re using these lies to say that our President is in bed with Russia’s leader.

Kevin McCarthy is an obvious globalist neo-con Trotskyite to even suggest such balderdash.

All these leaks mean Trump must fear his own Intel Community.  He needs to tell Attorney General, Jeff Sessions, to annul both of his recusals.  The first recusal was given during his confirmation hearing where he recused himself from ever going after Hillary Clinton’s alleged criminal actions.  The second recusal was that he wouldn’t be in charge of this phony Russian involvement in the 2016 election.

He also needs to tell AG Sessions to can anyone who was hired by former administrations, no matter who it was.  None of them are trustworthy.

We are now stuck with Deputy AG, Rod Rosenberg’s choice of investigator, Robert Mueller, and it was approved by the President.  This is another democrat coup. 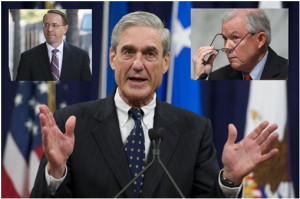 Who is Robert Mueller?

Democrats have just been gifted their Special Prosecutor by Deputy Attorney General Rod Rosenstein.  Rick Wells reported, “They’re popping the champagne at the DNC and in various swamp watering holes across the sewer that is our nation’s capital, one of the many traitors within the Trump administration has, as is typical, given in to Democrat demands. Deputy Attorney General Rod Rosenstein has named former FBI Director Robert Mueller, a longtime associate of the fired former FBI Director James Comey, as the Special Prosecutor they’ve been lusting for.”  Rick’s words are spot on!

Why should we be uncomfortable with Mueller?  Here are four reasons from a fellow researcher… 1) The leftist establishment is comfortable with him. 2) He worked in tandem with Comey on a couple of high profile cases. 3) He was chosen as FBI head by George W Bush (hater of Trump and owner of the words “That was some weird shit,” in describing Trump Inauguration speech. 4) Obama, felt so comfortable with Mueller that upon taking office he extended Mueller’s ten-year tenure an additional two years.

Not exactly a resume I feel comfortable in handing our president’s fate over to.

It is worth reiterating Mueller’s misguided handiwork and collaboration with radical Islamic organizations as FBI director. Judicial Watch exclusively obtained droves of records back in 2013 documenting how, under Mueller’s leadership, the FBI purged all anti-terrorism training material deemed “offensive” to Muslims after secret meetings between Islamic organizations and the FBI chief. Judicial Watch had to sue to get the records and published an in-depth report on the scandal in 2013 and a lengthier, updated follow-up in 2015.  Read Judicial Watch’s full report.

Trump says, “Never Give Up!”

Trump gave a beautiful speech to the Coast Guard Academy Commencement.  Trump told the cadets that “adversity makes you stronger” and to never “give in,” “back down,” or “stop doing what you know is right.”

“Nothing worth doing ever, ever, ever came easy,” he said. “And the more righteous your fight, the more opposition that you will face.”

Here is his entire speech, and everything he says is spot on!  For once we have a President who tells the truth! Trump’s speech starts at 1:09:40.

Where is Trump’s Support?

Are his only supporters Lou Dobbs and Sean Hannity?  Where are any true conservatives in Congress who should be standing up for the President the American people elected?

Remember the words of Irish statesman, Edmund Burke, “The only thing necessary for the triumph of evil is for good men to do nothing.  Nobody made a greater mistake than he who did nothing because he could do only a little.  Those who don’t know history are destined to repeat it.”

So, again folks, it’s up to us.  If we don’t support the man we chose to save our country, no one else will.  The Congress is full of globalist socialists on both sides of the aisle.  We must be active.  The left is funded and promoted by George Soros’ monies and they march and scream and want their communist USA. See Shaun Hannity show last night. He’s right on. If we don’t wake up and help our president you will live under Communism and lose America forever.

To stop this insanity, it’s all up to us.  As Burke said, if we do nothing, evil will triumph.

Capitol Switchboard for your Senators and representatives (202) 224-3121

When you call the Capital tell the Republican’s to get a backbone and stand up to the Communists, I mean the DemocRats. An Elephant isn’t scared of a Jackass.

One of my readers told me an even better place to write, but I can’t find it…lost in all the emails.

P.S. Every day, journalists who write for NewsWithViews do so to bring you the latest news the MSM fails to deliver. Our editor, Paul Walter, strives to get these important articles into your home on a daily basis to help all of us to save America. Time and money are the efforts put into this website, efforts that are given in life blood. Won’t you help us keep this website alive by donating a few dollars every month. I know we’re all struggling, but freedom is not free, and we all know it, and a few bucks from your grocery money won’t be missed, but will help us to bring truth to America. You can donate here.