OK, let’s be frank. Iranians passionately love their pre-Islamic history. Most of them can’t even read Arabic and have no idea what’s in the Quran. Islam was imposed on an enlightened Persian people some 1400 years ago and it was always viewed as an invader. Even though most Iranians deeply cherish their own ancient non-Arab identity and have never surrendered to the Arab culture, yet, some are having a difficult time in abandoning Islam cold turkey. That is understandable. Fourteen hundred years of indoctrination can’t be washed away overnight.

However, I bemoan the plight of my native land and the people who have suffered and continue to suffer under Islam. Without Islam, there wouldn’t be any Muslims to hoist the banner of hate and violence against non-Muslims anywhere on this planet.

History tells us whenever the original Arabs conquered a non-Arab country, cruelty and terror became their instruments of policy. Amazingly, after 1400-years of Islamic barbarism, the followers of Muhammad, still torture, rape and execute their ‘slaves’ for the fear of losing control over their subjects. Islam, from its inception, discovered the crucial secret of getting to the young mind early by adhering to the dictum: Instruction in early childhood is akin to carving in a rock. In the same vein goes the Jesuit saying, “Give me a child until he is seven, and I will give you the man,” derived from the philosophy and theology of Saint Augustine. The immense importance of getting to the young mind in its formative years is also emphasized by non-religious doctrines as diverse as the Freudian psychoanalytic theory and “Watsonian Behaviorism psychology.”

Well, these beasts of Allah are to be ridiculed and despised among men as the wretched, miserable, and entirely loathsome creatures they are.

Violence, executions, mutilations, torture and rape have long been associated with Islamic culture. 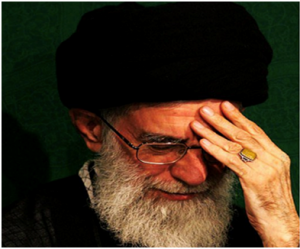 Wars, rebellions, riots, and even violent crimes have been relatively commonplace across the Arabian Peninsula. This is what happened to Iran after the1979 Islamic revolution. It was as though Iran went back 1400 years. Back to the era when Muhammad’s army simply destroyed anything and everything in its path that was Persian.

The Bedouin Arabs who toppled the Sassanid Empire  were driven not only by a desire for conquest and to steal Persian jewels and treasures, but also to enslave Iranian women and children, while imposing their barbaric ideology upon the entire population.

Islam currently has taken on a predominant role in Europe. It has become so prominent there that the most senior  judge in England has blessed the idea of making Sharia law equal with British civil law in some cases. Many European countries are already on the verge of capitulation to Islamic Law.

The Supreme Guide of terror in the Islamic Republic of Iran, Ayatollah Ali Khamenei, confidently proclaimed that Europe will be Islamic in a dozen years. He has plausible reasons to say that. Muslims are forming states within states in many European towns and cities. In Britain, for instance, non-Muslims are in serious danger when entering Muslim neighborhoods.

In fact, this is exactly how the Islamists have been ruling over a peaceful and sophisticated country, Iran, for the past 40 years. They have completely restricted the activity and independence of the people of Iran through terror and intimidation.

Briefly speaking, Islam is also extremely possessive of its subjects. It is a religion that admits anyone into its fold by the person simply uttering a one sentence statement of faith, shahada: I bear witness that there is no God but Allah and Muhammad is Allah’s messenger. By so saying, one becomes Muslim for life and surrenders the right of ever leaving it. Anyone who leaves the Islamic fold is murtad (revert), apostate.

Back to the Islamic Republic of Iran (IRI). In the cycle of prison horrors and terrors, the IRI uses many old Soviet techniques, ranging from harassment, intimidation and torture, to mechanical devices designed to inflict gross flesh damage. In addition, to psychological and physiological techniques, such as solitary confinement and sleep deprivation. There are tens of thousands of people who are spending their lives in the Islamic dungeons in Iran. Most of them have no voice to let the world know.

The IRI’s pawns are commonly using these techniques on the Iranian youth while the Islamic Republic dreams of world Shiite domination. Although that dream has started to fade away since the election of President Donald Trump.

Some strategists are supporters of a military that ranges from full invasion of Iran to selective bombardment of its burgeoning nuclear centers and related facilities. Others are proponents of imposing economic sanctions of various types and severity. Still others feel that we simply have to learn to live with the inevitable—those “crazy” Mullahs with the bomb. There are those who have surrounded themselves around the cult of the Mojahedin Khalg (MEK) thugs. However, the best and safest solution is to stand with Mr. Reza Pahlavi, who most Iranians support and respect inside and outside of Iran. Pahlavi has clearly expressed his vision for the future of Iran as a secular, parliamentary democracy.

Quickly, let’s go back to 2009, the ‘Green Movement.’ While the Mullahs were nearly crushed by the Iranian people, Barack Hussein Obama gave them a new lease in life by doing nothing. In return, many were massacred.

It is urgent that we confront Islamic terror now before it gathers more power. Every free man and woman, Muslim or not, must demand that their governments, at all levels, abandon the practice of political correctness and act to safeguard liberty against the truly deadly assault of Islam on the rest of the world.