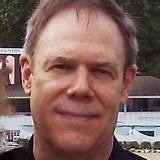 Texas House Bill 20 finally passed into Law, but did you hear about it in the Mainstream Media?

House Bill 20 is a piece of Texas legislation that prevents social media platforms with more than 50 million users (such as Twitter, Facebook and YouTube) from banning or censoring users for their political viewpoint.

Ever since 9 September 2021 — when Texas Governor Greg Abbott signed Texas House Bill 20 into law — the Speech Police at places like NetChoice and CCIA have been foaming at the mouth.  They then went insane when Governor Abbot authorized the new Law stating:

“We will always defend the freedom of speech in Texas, which is why I am proud to sign House Bill 20 into law to protect First Amendment rights in the Lone Star State.”

“Social media websites have become our modern-day public square.  They are a place for healthy public debate where information should be able to flow freely — but there is a dangerous movement by social media companies to silence conservative viewpoints and ideas.  That is wrong, and we will not allow it in Texas.”

The new Law makes it illegal for social media platforms to ban users for political content, what one of the Judges called, “viewpoint discrimination.”  H.B.20 also prohibits email service providers (such as Gmail, Yahoo and Earthlink) from “impeding the transmission of email messages” based on content.  This means Gmail must stop tampering with the U.S. Email, as discussed in the documentary, SPEECH – The Door Is Closing? (1)

But House Bill 20 was not passed with ease.  Speech Police,  representing Facebook and various other Internet companies, have been hard at work doing everything they can to crush First Amendment rights.  As Andrew Geronimo, a First Amendment lawyer, puts it:

“It’s not a social media platform’s job to host all speech.  Every social media company has its own editorial interests based in cultivating their own user base.”

Almost immediately after Abbot signed House Bill 20 in December of 2021,  District Judge Robert Pitman placed an injunction on the new Law claiming the law was guilty of violations of the First Amendment, “violations” like the ridiculous idea that the new law “infringes the right to censor.”

Abbot and his Texas White Knights immediately appealed Pitman’s pitiful injunction and Judges Edith Jones, Leslie Southwick and Andrew Oldham of the Fifth Circuit Court of Appeals summarily blew it away on 11 May 2022.  As if revenge is a dish best served cold, Judge Oldham, a Trump nominee, wrote the majority opinion, stating in part the following:

“A Texas statute named House Bill 20 generally prohibits large social media platforms from censoring speech based on the viewpoint of its speaker.  The platforms urge us to hold that the statute is facially unconstitutional and hence cannot be applied to anyone at any time and under any circumstances.”

So what did the Speech Police do next?  They asked the Supreme Court to suspend the Law from taking full effect until the Fifth Circuit Court could complete its review.

Then, on 16 September 2022, the Fifth Circuit Court completed its review and in NetChoice v. Paxton blew away the injunction, stating:

“Today we reject the idea that corporations have a freewheeling First Amendment right to censor what people say. Because the district court held otherwise, we reverse its injunction and remand for further proceedings.”(2)

House Bill 20 is now the Law of the Land in Texas, much to the horror of the radical Left and their Speech Police at the “private” social media companies.

The chain of litigation censorship failures is thus why the Mainstream Media is freaking out. And it’s why they have used their “media power” to black out almost all network coverage on the subject of H.B. 20.  Just about the only one reporting on this monumentally important case is Dinesh D’Souza on his independent podcast, which you can watch below.

The Speech Police are irritated beyond belief because the new Texas Law requires social media platforms to actually be decent.  It makes “outrageous” demands like: social media platforms must create a complaint system, they must disclose content regulation procedures and they must provide reports of removed content.  But the provision that irks the Speech Police the most is the one that stipulates that their users in Texas — users who feel they have been discriminated against for political viewpoints — can sue them for injunctive relief and recovery of attorney fees.  Imagine, lawyers collecting legal fees from Twitter or Facebook because someone like Trump, who is just trying to make America great again, has sued the piss out of them.

Yes the hate-infested Speech Police are right to feel the new Law will wreak havoc on their “private” social media platforms.   Havoc like removing their ability to wantonly silence conservative ideas, religious beliefs and any other content that’s not politically correct.  Or content that does not meet their paranoid “community standard definitions” of hate-speech — a hate-speech list always populated by the pedophilia-, holocaust- or Nazi-card, endlessly invoked as “justification” to moderate and abridge any undesired speech or political viewpoint.

At this time H.B. 20 gives only TEXAS users the right to sue, but be assured the Speech Police are terrified that similar bills could be passed in the other 50 states, or even passed as a Federal Law.  Imagine that, a Federal Law that prohibits the “abridgement” of speech.  That sounds familiar.(3)

If you like the passage of Texas House Bill 20, you may be interested in knowing how it can be promoted.  It can be promoted through a new documentary film now in production, a film that will address the God-given right of speech.  The documentary is entitled, SPEECH – The Door Is Closing?.

SPEECH will explicate how Marxist social engineers developed a technology to censor, abridge, block and deplatform all manner of conservative speech across America — what we now call “cancel culture.”

To find out more about the production of SPEECH – The Door Is Closing? visit www.TheDoorIsClosing.us and review the trailers, synopsis and narration script.

If you see merit, help us complete the film by donating what you can at www.TheDoorIsClosing.us/donate

Millions of people will eventually watch SPEECH – The Door Is Closing? even though the Mainstream Media does not really care about the God-given right of speech.  Let’s by-pass them.  Go to www.TheDoorIsClosing.us/donate and help us get SPEECH completed and disseminated.[4]

[BIO: James Jaeger is a Telly Award-winning filmmaker (grandfather, producer of the first medical training films in the United States (and the founder of the Department of Neurosurgery at Jefferson Medical College/Hospital), Mr. Jaeger began his career in entertainment around 1973 with the Valley Forge Music Fair working on such shows as THE CARPENTERS, THE DAVID BRENNER SHOW, THE PEGGY FLEMMING SHOW and THE SONNY & CHER SHOW.]

[3]   NetChoice and CCIA are continuing to challenge the constitutionality of the law saying, as Geronimo puts it, “the general public could be harmed irreparably if you let this law go into full effect.”  As it stands right now, HB 20 is currently “live” but both NetChoice and CCIA are appealing to the Supreme Court asking it to reinstate the stay that would pause the law once more as litigation of the bill continues.