The Dems New Strategy: Run As A Conservative

Politicians who wish to succeed must be prepared to dissemble, at times to lie.  All deceit is bad.  In politics some deceit or moral dishonesty is the oil without which the machinery would not work.  —Woodrow Wyatt, British politician

So, if we lie to the government, it’s a felony.  But if they lie to us it’s politics.  —Bill Murray

Rick Saccone competed against Conor Lamb in Pennsylvania’s 18th Congressional District and has apparently lost by a razor-thin margin to Conor Lamb.  Saccone, a current state representative with a formidable resume as a counter-intelligence officer in the United States Air Force, pledged to reel in government spending, and aligned himself closely with the president, once describing himself as “Trump before Trump was Trump.”

The two candidates were vying to fill the congressional seat vacated by Tim Murphy, the district’s longtime Republican representative. Murphy resigned in October after it was revealed that he had an extramarital affair and asked his mistress to get an abortion.  Saccone is far more conservative than was Murphy, and was one of the lawmakers who championed Pennsylvania’s “Castle Doctrine,” or “stand your ground” law, which allows “law-abiding people to protect themselves, their families and others from intruders and attackers without fear of prosecution or civil action for acting in defense of themselves and others.”

Richard Saccone is serving in the Pennsylvania House of Representatives, and represents the state’s 39th district.  He was his party’s nominee for the 18th congressional district special election, 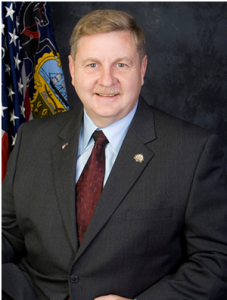 the vote was held on March 13, 2018. With all absentee ballots counted he trailed Democrat Conor Lamb by 579 votes, less than half a percentage point. However, Saccone has not conceded, and as of March 14 most news outlets had not declared a result, since the final vote is separated by less than one percentage point and a recount is expected.

Saccone is critical of welfare spending and is considered a budget hawk. He supports large-scale cuts to K-12 education, childhood education programs, public libraries, child welfare, and other state programs in order to pay back the federal government’s debt.  His voting record is truly conservative, and he would have made a terrific Congressman.

Unfortunately, Saccone failed to embrace Trump early on and to laud the President’s economic recovery via his tax plan which has buoyed the American economy.  As former President Clinton said so often, “It’s the economy, stupid.”  That statement was coined by James Carville and should have been used often by Saccone.  He would have secured more union votes, just as President Trump did in 2016.

When he announced his candidacy for the U.S. Senate last February (he later changed course and jumped into the House special election), Saccone had Christian nationalist pseudo-historian David Barton introduce him, and Sam Rohrer, a former Pennsylvania state representative who heads the American Pastors Network, lead an opening prayer.  Both Barton and Rohrer are Dominionists/Reconstructionists.  David Barton has been taken to task by Christian historians for his inaccuracies in his book, The Jefferson Lies, which Thomas Nelson Publishing withdrew from shelves, and Glenn Beck republished. Barton and Beck were both ardent Ted Cruz supporters.  Barton’s propaganda masquerades as history, and many Christians have been duped into believing his fabrications.

Just as worrisome is the fact that David Barton, in an interview with John Stewart, stated that sharia law is compatible with the U.S. Constitution. 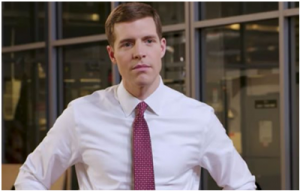 This good looking and energetic young man campaigned not as a hardcore socialist Democrat like Pelosi and Schumer, but as a blue-dog Democrat, more conservative than most. Lamb ran a conservative campaign, appearing in ads with an AR-15 assault rifle. He knew how to grab the attention of conservative democrats, and to make Pennsylvania voters believe he was more aligned with Trump than his Republican opponent.

It Worked, The Wolf In Sheep’s Clothing Has Fooled The People Again

Lamb’s win should not be one of unequivocal blue dominance in a red district won by Trump. The 33-year-old is a Marine veteran and Catholic. He says he personally (though not politically of course) opposes abortion, has called for changes to the Affordable Care Act, (how about repealing the whole thing?) emphasized the importance of bipartisanship, (we don’t want help from the left) and said he would oppose an assault weapons ban. On economic issues, Lamb is a union supporter who backs President Trump’s tariff plan.

Lamb told the Weekly Standard he would not have voted for legislation that would have prohibited abortions after 20 weeks, adding that he doesn’t label himself as “pro-life” because it’s a “political term.”  Yeah right, as a Catholic, abortion is anathema to the doctrine of the faith, but what does that matter with Democrats?  Killing human babies is a “right of privacy,” according to fellow liberals on the Supreme Court. The babies’ hearts beat with life, but these tiny humans are put through horrible and painful deaths in their own mother’s wombs and this act is insignificant to democrats and many republicans, and even those who claim Judeo-Christian faith.  If you want to know what Conor Lamb is really promoting, read Devvy Kidd’s recent article, Worthless “Pro-Life” GOP Incumbents: Vote Them Out.

Former Vice President Joe Biden campaigned for Lamb a week ahead of the election, comparing the candidate to his late son Beau and praising him for his dedication to unions.   Remember that Joe is not only a plagiarist, but has no problem using the “F” word in public.

The question is, does Lamb really back Trump in any way, shape or form, or was this simply a new tactic to get Democrats elected?  Then, once they’re sworn in, their entire campaign credo changes back into what they really are…socialists.

Since Lamb’s tactic may have worked to elect him, the American voter needs to be wise to these new schemes.  No matter what democrat politicians may sound like and spew during their campaigns, their socialist tendencies become obvious once they’ve been seated.

The Pennsylvania GOP wants a probe of the many irregularities in this special election.  There were calls about machine errors, confusion about polling places, and a dispute over whether a Republican attorney could watch part of the elections process.

There is an issue with mis-calibrated voting machines in Allegheny County, the only county of four in the district that went for Lamb. An unnamed source said there were many reports of voters intending to vote for Saccone having their ballots cast by the machine for Lamb.

Obviously, the Democrats were aware that Allegheny County was prime for corruption and drew upon their considerable expertise in the area of voter fraud to steal another election for themselves and George Soros.

GOP attorney Joel Frank stated, “In the interest of transparency and nonpartisanship, we ask that you consider assigning this task to a Commonwealth elections’ official capable of conducting an impartial investigation in light of the positions you’ve taken on ongoing redistricting litigation,” Frank wrote.

However, Pennsylvania Governor Wolf, a Democrat said he did not have any concerns about the election, that his party won. [Link]

The Washington Times reported that 100,000 non-citizens are registered to vote in Pennsylvania elections, according to testimony submitted in late February 2018 in a lawsuit demanding the state come clean about the extent of its problems.

The Public Interest Legal Foundation, (PILF) which has identified similar noncitizen voting problems in studies of Virginia and New Jersey, said Pennsylvania officials have admitted noncitizens have been registering and voting in the state “for decades.”

But state officials have stonewalled PILF requests for access to the data that could expose the problem, the group says in a lawsuit filed in federal court in Harrisburg.

He said Pennsylvania had already admitted to a “glitch” dating back to the 1990s that had allowed noncitizens applying to renew driver’s licenses to be offered the chance to register to vote. Mr. Adams said he now wants to find out how bad the problem is overall.

Voter fraud, illegal aliens or “non-citizens” being registered to vote, and Libertarian Drew Miller drawing off 1,379 votes in this election very well could have turned the tide against Saccone.  Trump needs strong constitutional conservatives to get his campaign mandates through the Congress.

We need to be aware of every rotten tactic the left will foist on the voters in every state.  As Rush Limbaugh has said so many times over the last few years, “Now is the time to destroy the enemy, and that enemy is the socialist left.”