The Distorted Window Through Which Americans Perceive Reality

In a book we wrote a number of years ago entitled “Our Cosmic Connection“, we opened one of the chapters with the following observation:  “In spite of all of our individual and collective faults, there is a ‘great good’ that exists in a very large number of us.  That good is personified in a wide range of human traits and behavior including private and public achievements, bravery, courage, sacrifice, industry, creativity, empathy, generosity, spontaneous volunteerism and spirit, either as individuals, or as a society.   Unfortunately, due to the ‘distorted window’ through which we view our information, that ‘great good’ in us seems to be eclipsed by an over-zealous emphasis on that which appears to be ‘bad’ within us.” 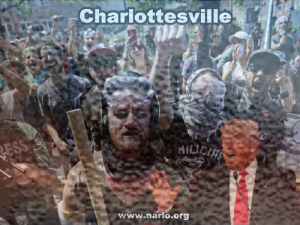 One of the print and electronic news media’s flawed policies is personified in one statement:  “….. if it bleeds, it leads“.  Instantly, our news is distorted by the negativity, bias and general acceptance of almost any kind of violence.  Transportation and vehicle accidents, war, pestilence, riots, famine, genocide, floods, hurricanes, tornados, earthquakes, tsunamis and the like, dominate the front pages of our newspapers and are the lead stories for evening Television news.  On the other side of the negative picture we get political and individual corruption, fraud, adultery, betrayal, treason, murder, robbery and unbridled greed, added to our daily diet of information.  Every little sordid detail is trotted out for those who gorge on the grief of others, or thrive on doom and gloom, in soap-opera fashion.

From Boston to Berkley, from Ferguson to Baltimore, from Seattle to Miami, we are forced to witness the bad behavior of a minute fraction of the American population, leading us to believe that everything is going to Hell and society is collapsing before our eyes.  In fact, the news media is the carrier of the diseases of violence, dissention, division and racism.  Their reporting on violence only spawns more violence, division and racism, all for the sole purpose of increasing their ratings.  The recent riots and violence in Charlottesville, VA were a glaring example.  The news media alone is responsible for this insane rush to tear down historical statues, as Democrats engage in self-flagellation.  It was in fact Southern Democrats of the 1860’s that wished to preserve slavery.

In spite of this distorted picture of America, we have a totally distinct identity that is only marginally represented by the worst in us.  What we see and hear every day is not the real America and does not represent the true and beautiful character of her people ….. a people steeped in responsibility, self-reliance, industriousness, goodness, charity and compassion, under that great symbol of freedom, our American flag.  If the rest of the world watches American news every day, through the distorted window of the print and electronic media, it is no wonder the people of many countries think we are decadent, self-absorbed and inherently evil.  The truth is, such a view of our America could not be farther from the truth.

For over 12 generations, since some brave and courageous men mapped out a blue print of liberty to govern this great nation from sea to shining sea, the American people, in spite of their faults, have done what the people of no other country on earth have done.  They have become the beacon of light for the rest of the world, founded on the principles of individual liberty and the God-given goodness that comes from being free.  Their sacrifice has freed over a billion people who were locked in slavery or war.  Their productivity feeds a hungry world.  Their voluntary generosity has lifted millions out of abject poverty or those ravaged by natural disasters.

Americans are farmers and factory workers, nurses, doctors, engineers, draftsman, pilots, truck drivers and fast food employees.  We are rich, middle class and poor.  We are religious and non-religious.  We are adventurous on one hand, while being cautious on the other.  We believe in fair play.

We are mothers and fathers, wives and husbands, brothers and sisters, aunts and uncles, nieces and nephews, cousins and children of every stripe, size and color, who live by some very basic, overriding principles of honesty, integrity, honor and family.  Most of us have a deep sense of goodness about us and constantly try to overcome the ever-present evil that resides within us.

We have worked hard for what we have obtained and what our Nation has achieved.  We should be proud of what we have accomplished and not hang our heads in shame because others are jealous of our success.  Our inventiveness, creativity and industriousness have made us the richest nation on earth and have enriched every other nation in one way or another.  Our compassion and generosity exceeds that of any other country or culture on this planet.

Bu that’s not all.  Just think of the wide range of scientific American research going on right now in the areas of power and electricity.  Think of the research in genetics to unravel the mysteries of inherited diseases and other conditions and what part that research will have in finding the root causes of these conditions and their respective cures.

Think of the research in food types and production to increase our food supplies.  Consider the research in and use of fiber optics, or the research in rubber and plastics and new materials and fabrics.  This research is fueled by the fires of commercial enterprise and in some cases, from the moneys that are collected by our government, as in the NASA space program.

Look at the progress we have made in the world of medicine, even with all of its problems.  Look what we take for granted for medical care in this country.  Look at the machinery that has been developed for the world of medicine.  Magnetic Imaging Machines, breathing machines, heart-lung machines, blood monitoring machines, CAT scanners, X-rays.  We don’t know all of them because were not in the world of medicine.  All we know is that if something goes wrong you have a place to go where people care for the most part to see that your problem is resolved the best way they can, complete with flaws.  We provide medical services in the United States that can only be provided here.

Let’s take a little closer look at technology over the last 15 years and what the computer has done in providing a continuous flow of information so that people can learn more and do things quicker.  Watch how fascinated a child is as he makes keystrokes on a keyboard of a computer and sees the response on the computer screen.  They absorb it like a giant sponge and love every minute of it.  Sure there are side effects but we will overcome them.

Look at the excitement that was generated by the recent solar eclipse.  Millions of families traveled hundreds of miles and braved endless traffic jams to witness the Sun disappearing behind the moon, an event that only lasted for two minutes.  Those millions of people weren’t thinking about violence, riots, politics, or corruption.  They were awed by a natural event that only occurs on rare occasions.

Some day in the not to distant future, we are going to develop power sources that will literally boggle the mind.  Our vision is that each home, each office, each business or building will have its own centralized power unit.  And in that power unit will have the source of power to purify our drinking water, destroy our raw sewage and gray water, heat and cool our homes and offices and provide the electrical power for our lights and appliances.

Think of it.  Those in your twenties watch how our planet will shrink in your lifetime.  In ten to twenty years there will be airplanes that will leave the United States, sail up to the stratosphere or higher, glide at two to five times the speed of sound and land in Russia in a couple of hours.  At 3,000 MPH we can go halfway around the world in 4 hours.

Personalized transportation will change dramatically.  There will be air corridors for small, personal air units whether they use the principals of helicopters and small aircraft or some new strange power yet to be discovered.  Maybe we will find a way to offset or neutralize gravity.

Folks.  We are going to the stars and nothing anybody does will stop that.  No amount of fear of the unknown.  No amount of nay saying about financing.  We will find the money.  Ever since man first burned himself with fire and realized he could use it to his advantage or transported some object by rolling a log and converted that idea to the wheel, he has been forever driven towards more knowledge, more understanding and a wider, larger, broader world in which he can explore.

But all that excitement, creativity, generosity and goodness is being eclipsed by the picture that is being painted about us in our Newspapers and magazines and on our radios and TV’s and even the Internet, every single day.  The information we receive is not representative of who we are.  The propaganda, lies and distortions from our government and special interest groups that we absorb from these venues, warps the vision of who we are and what our true reality is.

There is no crisis here.  There are just problems to solve and challenges to meet.  Challenges are met by enterprising individuals working together collectively with a common purpose and goal.

If we allow our government, special interest groups, the news media, or the money changers and power brokers who cloud our vision, to divide us and destroy our American sovereignty and our God-given, natural freedom and goodness, that allows our unique individuality to blossom, we will descend into the Hell of the collective and it will take a bloody revolution to restore freedom and liberty.  If left alone by government, American individuals will once again, with all our strength, power, beauty, compassion, spirit and the joy of wonder, will lead man on into the coming centuries for the good of all mankind, just as Americans have led the world for the last two and a third centuries, under our cherished flag of freedom.   Hell no we are not perfect, but then who is?

Tell us what you THINK.