Home/Guest Writer, July 2017/The Fake News Must Whither And Die

The Fake News Must Whither And Die 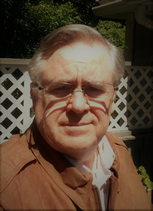 The Bill of Rights, Article I states, “Congress shall make no law… abridging the freedom of speech, or of the press;” What can we do if an enemy sets up a “press” to manipulate elections, news, and other information to promote its ends or to subvert our way of life?  Shouldn’t that be considered treason or sedition?  Whenever the “press” or other media over-steps the bounds of their job which is to bring news, information, and entertainment to the public, it becomes an un-elected power instead of a service.  Whenever the press wields un-elected power, it is called the “Fourth Estate”.

Wherever power can be derived, you will find power perverts who are those that lust God like power.  Just like their degenerate counterparts, molesters, or thieves, they gravitate to areas of accessibility for their wicked “needs”.  The power perverts and their want-to-be power puppets of the media have little regard for bringing honest information and entertainment to the public.  They will use or sell their position for the pleasures of power.  In this power grab, they work the news to fit what they want us to believe.  With the selected information, they transmit, they more than make a departure from their honest function.  They use deceptive, descriptive words, they will give or withhold publicity to people of their choosing.  They will give their approval or disapproval of actions.  The “spin” they give to the news is only to influence us and shape a system suited for their master’s pleasure.  Thereby they shape events at every level of life into their ideal image.  It appears that their conduct and language are directed against the public order and the tranquility of state.  This constant ridicule and stirring up of disorder of the very country in which they live, is the meaning of sedition.  Not only is there enough evidence of sedition to bring formal accusation, but there could also be a good case for conspiracy and treason.  In a message presented to Congress in 1917, Congressman Oscar Callaway stated, “In March 1915, the J.P. Morgan interests…and their subsidiary organizations…got together 12 men high up in the newspaper world and employed them to select the most influential newspapers in the United States and sufficient number of them to control generally the policy of the daily press…They found it was only necessary to purchase the control of twenty-five of the greatest papers.  An agreement was reached; the policy of the papers was bought, to be paid for by the month; an editor was furnished for each paper to properly supervise and edit information regarding the questions of preparedness, militarism, financial policies, and other things of national and international nature considered vital to the interests of the purchasers.”  In regards to the media of his day, Abraham Lincoln said, “He who molds the public sentiment… makes statues and decisions possible or impossible to make.”

To show the danger of the undisciplined Fourth Estate and the treason that can result, here is what David Rockefeller, founder of the Trilateral Commission said in an address before the media power brokers in June of 1991… “We are grateful to The Washington Post, The New York Times, Time Magazine, and other great publications whose directors have attended our meetings and respected their promises of discretion for almost forty years.  It would have been impossible for us to develop our plan for the world if we had been subject to the bright lights of publicity during those years.  But, the world is now more sophisticated and prepared to march towards a world government.  The supranational sovereignty of an intellectual elite and world bankers is surely preferable to the national auto determination practiced in the past centuries.”  Auto determination is single determination, such as a government with a Constitution.  It is a sovereign Nation, autonomous, having of itself the power of determination.

Freedom of an honest press is a problem for any government, as it should be.  The Bill of Rights tell us that Congress shall make no law, but if we read down a little further we find how to discipline the Fourth Estate.  Article V states, “No person shall be held to answer for a capital or otherwise infamous crime, unless on a presentment or indictment of a Grand Jury…”  Article VI. States, “In all criminal prosecutions, the accused shall enjoy the right to a speedy and public trial by an impartial jury…”  We, the private citizens of these United States, are the Grand Juries and Trial Juries.  We can indict and if warranted, convict any law breakers, including the media’s seditious abuse as the Fourth Estate.  Remember, “The most important political office is that of the private citizen.”  If we shirk our responsibilities in preserving our freedoms, they will be lost.  Congress has the power to declare the punishment of treason.  Treason is not only levying war against the United States but also giving the enemies of freedom aid and/or comfort.

In the Constitution for the United States in sections 3 through 7, we find this same principal.  “Judgment in cases of impeachment shall not extend further than to removal from office, and disqualification to hold and enjoy any office of honor, Trust or Profit under the United States: but….”   (Emphasis mine) If we do not read the Constitution for ourselves, the media and our corrupt politicians stop right there just before “but” and this is where it will usually end.  However, if we just read on a little further past the “but”, it is made very clear that we must not stop there.  The word but, means added to, not to be left out, part of the above.  Here is the rest.  “…but the party convicted shall nevertheless be liable and subject to indictment, trial, and punishment, according to law.”  Who indicts?  Who convicts?  We do! We do!  The Grand Jury indicts, and the Petit Jury convicts!  Not only can we take care of the treasons committed by the Fourth Estate but we can take care of the loose ends in all branches of our government, both State and Federal.   The best way to help is take back the people’s branch of government, the Judicial Branch by book casing it with real grand juries to indict and real petit juries to find guilt or innocence.

Former New York news editor, John Swinton, said, “We are tools and vassals of the rich behind the scenes.  We are marionettes … intellectual prostitutes.”  Wow, is that a repentant journalist?  Maybe there is hope.  Until we educate our jury system we should take advice from a man that had a lot of trouble from the Fourth Estate and continues to have these past two hundred years, even in death.  Thomas Jefferson said, “Those who never read a newspaper are better off than those who do, for it is better to be uninformed then misinformed.”

Paul Cappadona Author of Taking Back America the Party’s Over