I am concerned for the security of our great Nation; not so much because of any threat from without, but because of the insidious forces working from within. —Douglas MacArthur

You’ve got the NSA doing all this collecting of material on all of its citizens – that’s what the SS, the Gestapo, the Stasi, the KGB, and the NKVD did. —William Binney

There’s a plot in this country to enslave every man, woman and child.  Before I leave this high and noble office, I intend to expose this plot.  —President John F. Kennedy, seven days before his assassination

Former federal prosecutor Sidney Powell wrote the ultimate book on a core group of federal prosecutors who broke all the rules, made up crimes, hid exculpatory evidence, and sent innocent people to prison.  Ms. Powell knows the enemy inside our gates.

Her book, Licensed to Lie, debunks everything the media and the government told us about the Department of Justice’s destruction and prosecution of the venerable accounting firm Arthur Andersen, Merrill Lynch executives who did one business transaction with Enron, Alaska Senator Ted Steven’s, and more.  The ramifications continue today as this corrupt cabal of former prosecutors now populates powerful political positions.

Still in the news today―Robert Mueller’s “Pitbull” Andrew Weissmann and other members of Obama’s inner circle―are wreaking havoc on our Republic.  Powell’s book is the one that began exposing “the Deep State.” 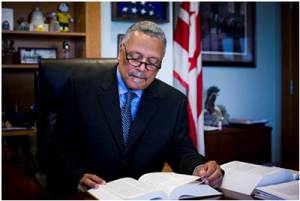 Emmet G. Sullivan United States District Judge for the District of Columbia ordered an independent investigation of the Department of Justice, which revealed its corrupted prosecution of United States Senator Ted Stevens.

It is fairly well documented that the FBI framed General Flynn.  Flynn was financially destroyed by the FBI/Mueller war against him and it’s clear that the Deep State not only did not want him to be Trump’s National Security Advisor but that it also sought to destroy Flynn as well as Trump’s presidency.

The former three-star general pleaded guilty last year to a single count of lying to the FBI about conversations he had with Russia’s ambassador to the U.S.  Now we know from General Flynn’s court filing to Judge Sullivan that senior bureau officials acted in a way to set him up for the fall.

Mike Flynn apparently believed the call from the FBI was to be a normal meeting between administration officials, that he and Strzok were just going to “shoot the breeze,” but he was sandbagged by Agents Strzok and Pientka…both of whom, along with former FBI Director Comey, said Flynn never lied. Former U.S. Deputy Attorney General Sally Yates was doing the bidding of her boss, President Barack Hussein Obama by sending the agents to “interview” Flynn.  See Chapter 9 of Gregg Jarrett’s book, The Russia Hoax.

Obama had fired General Flynn as head of the Defense Intelligence Agency, and subsequently told President elect Donald Trump not to hire him.  Knowing this, I’m surprised President Trump didn’t reject a resignation from General Flynn and fight to keep him on staff.

Barack Obama and the corrupt Department of Justice wanted the General eliminated from the Trump administration.  Why?  Because General Michael T. Flynn spent 33 years as an intelligence officer, and he knew the corruption in the Obama administration and the DOJ.  They were scared of him, and as such he had to be destroyed.  Establishment insiders like Pence, Priebus and others likely helped to accomplish their goal.

Not a rich man after decades in uniform, General Flynn pleaded guilty on Dec. 1, 2017 to one count of lying to the FBI about his telephone conversations with Russian Ambassador Sergei Kislyak.  He did this to avoid bankruptcy and allegedly to spare his son from becoming a Mueller target.  Lt. Gen. Michael Flynn is scheduled to be sentenced next Tuesday (12/18).

One day after former National Security Advisor Michael Flynn’s legal team made the bombshell allegation that the FBI had pushed him not to bring a lawyer to his fateful Jan. 24, 2017 interview with agents at the White House, Judge Sullivan is demanding answers from Special Counsel Robert Mueller.

Judge Emmet G. Sullivan ordered Mueller late last Wednesday to turn over all of the government’s documents and “memoranda” related to Flynn’s questioning by 3:00 p.m. EST on Friday December 14th.  Mueller waited until the last minute on Friday and then sent heavily redacted documents to Judge Sullivan.

It is always a bad idea to defy a federal judge, especially one with a reputation and a history of vigilance against law enforcement and prosecutorial abuse and who has previously thrown out convictions that resulted from abuse.  Mueller failed to give Judge Sullivan the FBI 302 interviews of General Flynn.  FBI 302’s are written accounts of interviews by the agents.

Kimberly Strassel’s recent WSJ article indicated it was Deputy FBI Director Andrew McCabe who called General Flynn on other business and then suggested he sit down with two agents to clear up the Russia question.  McCabe urged General Flynn to conduct the interview with no lawyer present to make things easier.  The entire thing reeks of entrapment.

The court filing refers to a McCabe memo written the day of the meeting, as well as a 302 FBI summary of the Flynn interview.  Congressional Republicans have been fighting to obtain these documents for over a year, and apparently Judge Sullivan did not receive the memo or the original 302s.  The date on the Flynn 302 was August 22, 2017, seven months after the interview.  Strzok’s texts and Comey’s testimony both indicated the 302 was written long before this.  So, was it edited in the interim, and if so by whom and at whose direction?

Judge Sullivan also ordered the Flynn team to turn over the documents backing up its assertions. The judge could determine why the FBI apparently took a significantly more aggressive tack in handling the Flynn interview than it did during other similar matters, including the agency’s sit-downs with Hillary Clinton and ex-Trump adviser George Papadopoulos.

Federal judges consistently strike down President Trump’s Executive Orders.  Judge Emmet Sullivan has a stellar reputation for being a straight shooter and he is certainly not obligated to follow prosecutors’ sentencing recommendations.

Sullivan’s move might delay General Flynn’s December 18th sentencing date, or lead to other dramatic and unexpected changes in the case. Sullivan even has the authority to toss Flynn’s guilty plea and the charge against him if he concludes that the FBI interfered with Flynn’s constitutional right to counsel. 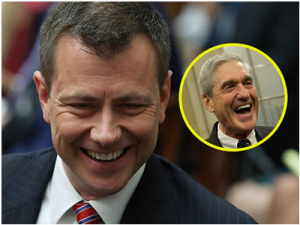 On December 14th, Breitbart exposed that Mueller had deleted thousands of text messages between Peter Strzok and Lisa Page from the iPhone of fired FBI agent Peter Strzok before turning it over to the Department of Justice Office of the Inspector General (OIG), according to a report released by the federal watchdog.

Mueller’s team had determined “it contained no substantive text messages.”  Lisa Page’s phone was scrubbed and lost for an entire year before it was turned over.  Link

Given what we know about Strzok, this smells like quite the coverup. Time for Congress to step in, but they’ve never received from the DOJ what they have continually requested despite threats and subpoenas.

The Gateway Pundit has reported that former Deputy Attorney General under Jeff Sessions, Rod Rosenstein, will not allow General Flynn interrogator, Joe Pientka to testify despite his reported willingness to defend Michael Flynn.  The Mueller Special Counsel redacted Joe Pientka’s name in the 302 reports.  According to investigative journalist Sara Carter, Pientka is willing to defend General Flynn in his testimony.

The outrageous actions of the DOJ are certainly not limited to the ever-expanding Mueller witch hunt.  Just last month, 16 FBI agents raided the home of a protected DOJ whistle blower who had delivered documents pertaining to the Clinton Foundation and Uranium One to a government watchdog.

It was Deputy Attorney Rod Rosenstein who boldly suggested he wear a wire to record the President and suggested invoking the 25th Amendment to remove the President from office.  Why wasn’t this man fired along with Jeff Sessions?

The thousands of text messages admitting flagrant anti-Trump bias exchanged between Peter Strzok and Lisa Page were wiped clean by the Mueller witch hunt before turning their phones over to the DOJ Inspector General.

The disgraced former head of the FBI, James Comey, who is now teaching ethics at William and Mary College, orchestrated the leaks of the memos he took of his meetings with President Trump to the media and who, of course, sent over those two investigators from the FBI to interview General Michael T. Flynn via Sally Yates for former President Barack Hussein Obama.

Attorney Gregg Jarrett of Fox News says, “The court documents are rich with corruption of the FBI and to some extent to the DOJ.  They admit in the 302 documents that National Security Advisor Michael Flynn told the truth.  So, the question that Judge Emmet Sullivan should ask on Tuesday is, ‘Mr. Mueller why are you prosecuting and why did you charge a guy who your own agents interviewed and determined told the truth?’”

Years ago, national talk radio host Roger Fredinburg interviewed attorney Fred Gray who was the lawyer for the surviving men of the Tuskegee Syphilis Study.  When host Fredinburg asked Mr. Gray why the monetary award was so small, attorney Gray said this, “When the judge hearing the case works for the people you are suing, it’s nearly impossible to get justice.”

Judge Emmet Sullivan has never stood for prosecutorial misconduct.  Let’s pray he sees the truth this time as well and General Michael Flynn gets true justice.