Home/February 2018, Opinions/The Good, The Bad, And The Ugly Of The NFL Super Bowl

The Good, The Bad, And The Ugly Of The NFL Super Bowl

As many Americans come together to watch the Super Bowl, Melania and I extend our greetings and appreciation for those who make occasions like this possible, particularly the brave men and women of our Armed Forces.

Though many of our Nation’s service members are unable to be home with family and friends to enjoy this evening’s American tradition, they are always in our thoughts and prayers. We owe these heroes the greatest respect for defending our liberty and our American way of life. Their sacrifice is stitched into each star and every stripe of our Star-Spangled Banner. We hold them in our hearts and thank them for our freedom as we proudly stand for the National Anthem.

We send our best wishes for an enjoyable Super Bowl Sunday. May God bless and protect our troops, and may He continue to bless the United States of America.  President Donald J. Trump

The reality check on all of this is that these players hate the America who chose Donald J. Trump as President, and want the liberal leftist Marxists back in power.  Fools that they are, they cannot see that freedom for people of color doesn’t come with government handouts and keeping them in the ghettos.  Chicago’s south side is a prime example.

I really don’t want to write about this again, but must because it’s a sign of the times how these leftist Marxists who hate true liberty and freedom have overtaken our once wonderful culture.  Honor and respect have been destroyed by those in society who hate the truth of God’s Word. No, my home didn’t watch the super bowl, and we never turned on one NFL game after Colin Kaepernick started his kneeling. 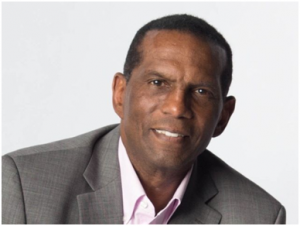 As NFL Raiders Super Bowl champ, Burgess Owens stated on the Stuart Varney Show, the NFL brand has been damaged by these wealthy players who refuse to stand for the flag, our anthem, and our many soldiers who have given so much for America.

Most people turn on sports for entertainment, we don’t want to hear politics, and we don’t give a rat’s behind for the entertainers’ views on politics.  Take it somewhere else!

In December of 2017, Roger Goodell signed a five-year, life time health insurance for his family, $49 million per year contract to remain the NFL Commissioner despite the loss of revenue resulting from the inappropriate actions of so many very wealthy and overpaid players who chose to kneel during our National Anthem.  He should have been fired.

Instead of making amends to America’s military and our veterans, what does the NFL do?  NFL Commissioner Roger Goodell defended the league’s move to pay nearly $100 million to social justice causes supported by some players, despite critics’ claims that it was meant purely to appease activist athletes, including those who have kneeled during the national anthem this year.

What about our military men and women Roger?  What about those who gave everything Roger?  Tell me what giving to social justice causes does to Make America Great Again Roger?  Social Justice is a communist front.  Had you given $100 million to veteran’s groups, you may have gotten back those who have turned the NFL off forever.

You cannot buy your way out of protests by giving to Social Justice causes Roger.  You and the players you’ve allowed to destroy the game have insulted and affronted those in society who gave them the very right to protest, but these protests do not belong in entertainment.

We can boycott and my house along with many others will never turn the NFL on ever again. 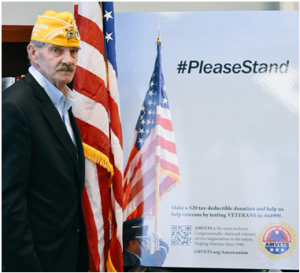 Days before Super Bowl Sunday, a veterans group’s ad urging fans to stand during the playing of the national anthem was rejected by the NFL. The print ad called for donations to the organization American Veterans (AMVETS), which aims to “enhance the quality of life for all veterans, their families and survivors.”

It features the hashtag “#PleaseStand” prominently – and of course it was in response to the disrespect by the kneelers to our national anthem.  The Amvets had submitted the ad to be included in the Super Bowl print program, but it was rejected.

According to media, NFL spokesman Brian McCarthy said the league had asked AMVETS to consider alternative options for the message, like “Please Honor our Veterans” or “Please Stand for our Veterans.”

I’m not buying it, the hashtag “#PleaseStand” was perfect.

Eagles tight end Zach Ertz scored the game-winning touchdown with just 2:25 left in the Super Bowl.  Ertz is a devout Christian and he prayed that the platform of the Super Bowl would give him an opportunity to bring more people back to God.

“Our number one goal on this earth is to make disciples,” Ertz said in an interview with Sports Spectrum. “So, faith in football this Sunday is huge, it’s a platform…that we have to draw people to the Word, to Jesus, it’s something we don’t take for granted by any means. It’s obviously a responsibility, but we love it. We want to draw people to Christ.”

Ertz prayed to increase his profile at the game because he believed it would give him even greater opportunity to share his faith and create more Christian disciples.  God blessed his request.

Unfortunately, Philadelphia Eagle fans took to the streets to do damage to the city because their team won.  Instead of celebrating with cheer and goodwill, they became violent and destroyed personal property.  Whatever happened to our culture that this became the behavior of those who win?

President Donald Trump is expected to invite the Eagles to the White House after their win Sunday night, but wide receiver Torrey Smith, defensive end Chris Long, and safety Malcolm Jenkins said they will refuse Trump’s invitation, according to NJ.com.

Jenkins, a well-known ‘social justice’ activist, told CNN on February 5 that he did not “anticipate” joining the team if they visit Trump’s White House.

“My message has been clear all year,” Jenkins told the hosts of “New Day,” on Monday. “I’m about, you know, creating positive change in the communities that I come from, whether it be Philadelphia, New Jersey, Ohio, Louisiana or this entire country.”

Really Jenkins?  And what did Obama do for your communities for eight years?  Trump has brought more jobs to black Americans than anyone in many decades and that doesn’t please you?

You and your leftist buds who are making millions every year don’t deserve to be in the White House or in the Oval Office with a President who is working more for Americans of color than anyone in the last 50 years, but you can’t see it.  Why?  Because you’re filled with the propaganda of hate from the likes of Jesse Jackson, Farrakhan, Al Sharpton, and the spewing of venomous lies by the likes of socialists Maxine Waters, Sheila Jackson Lee, Frederica Wilson and many others.

No, you don’t belong in the White House when you can’t understand that you are disrespecting the very people who gave you the right to kneel.  Our veterans, who stand for our flag!

The topic of discussion on a local radio station this morning was all about the NFL and what it would take for patriots to once again go back to them.  Most said anything done now to regain viewership would be false.  They know it would only be done to salvage the monetary loss, and they will never turn on another NFL game.

In my house, we stand for the flag and pledge, and we kneel to God.  It will never be any other way.  God bless our veterans and active military, and all those who gave so much, especially those who paid the ultimate sacrifice.