Home/May 2022, Opinions/The International Treaty That Will End the Great American Dream – If We Allow It

For years, Tom DeWeese, Henry Lamb, Michael Coffman, I and many others have been beating the drums trying to wake up America and the World about Agenda 21/Sustainable Development. In the past several years, thanks to an unemployed bartender trying to shove the Green New Deal down our throats, people have begun to question.

Now, the powers-that-be, the Globalists and Deep State operators, believe they are about to wield a coup de grace. And, believe me, this will be the end of civilization on Earth. I’m not exaggerating. But I do admit that I never expected this.

Under the guise of “controlling our health” to protect us from another so-called pandemic, nation states are to grant full fealty to a treaty, a legally binding treaty of international law which is not different in its legal effect from other treaties. You know, like Agenda 21 which was never even signed, but was put into every department of federal, state, and local governments. International treaties supersede the Constitution! 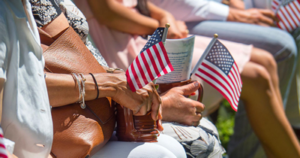 Straight from the WHO’s mouth:

In a consensus decision aimed at protecting the world from future infectious diseases crises, the World Health Assembly today agreed to kickstart a global process to draft and negotiate a convention, agreement or other international instrument under the Constitution of the World Health Organization to strengthen pandemic prevention, preparedness and response.

The Health Assembly met in a Special Session, the second-ever since WHO’s founding in 1948, and adopted a sole decision titled: “The World Together.” The decision by the Assembly establishes an intergovernmental negotiating body (INB) to draft and negotiate a WHO convention, agreement, or other international instrument on pandemic prevention, preparedness and response, with a view to adoption under Article 19 of the WHO Constitution, or other provisions of the Constitution as may be deemed appropriate by the INB.

Article 19 of the WHO Constitution provides the World Health Assembly with the authority to adopt conventions or agreements on any matter within WHO’s competence. That last word is debatable.

This treaty will put our Constitutional protection of rights into the toilet – and flush.

How are the Globalists et al selling it? Straight out of Klaus Schwab’s 4th Industrial Revolution – “A potential framework convention could take the lessons learned from the COVID-19 pandemic and use them to build back better.[1]”

A second sentence out of it should drive it home: “A potential framework convention could establish principles, priorities and targets for pandemic preparedness and response through a legally-binding international framework.”[2]

We signed away our sovereignty decades ago, but this, truly, can be the final thrust.

Some notes from James Roguski, who is leading a charge against this:

The United States is a “co-sponsor” of the current negotiations but it is NOT a member of the working group that is guiding the process. (CLICK HERE)

A list of delegates to the Special Session of the World Health Assembly can be found HERE.

The Secretary of Health and Human Services (Xavier Becerra) leads the U.S. delegation to the World Health Assembly. Share your opinions with him directly: Xavier.Becerra@HHS.gov Twitter: @SecBecerra

The “Pandemic Treaty” has not yet been drafted. NOW is the time to make your voices heard. We must ACTIVELY work to prevent these treaty negotiations from infringing upon the rights and freedoms of the entire world. Our voices must be heard. Our opinions must be considered. Our rights must be respected.

The negotiations toward this “treaty” are being controlled by bureaucrats, politicians, lawyers, public health officials, non-government organizations and pharmaceutical representatives who want to place themselves in control of determining the future of the world’s “health.”

WHO’s plan for the future:

By 1 August, 2022, the intergovernmental negotiating body will meet to discuss progress on a working draft for an international instrument on pandemic prevention.

2023, the negotiating body will deliver a progress report to the 76th World Health Assembly.

May 2024, the proposed instrument will be presented for adoption by the 77th World Health Assembly.

The “Treaty on Pandemic Prevention and Preparedness” has NOT been finalized. On December 1, 2021 the WHO formally started the process towards drafting, negotiating and approving the treaty.

♦ The scheduled time for public comment RIGHT NOW. We must ACTIVELY work to prevent these treaty negotiations from infringing upon the rights and freedoms of the entire world. Our voices must be heard. Our opinions must be considered. Our rights must be respected.

♦ A meeting to discuss progress on a working draft of the treaty is scheduled to occur on August 1, 2022. The WHO’s stated goal is to reach a preliminary agreement at that time.

♦ The intergovernmental negotiating body (INB), tasked with drafting and negotiating this Pandemic Treaty, will then deliver a progress report to the 76th World Health Assembly in May of 2023, with the aim of adopting the “instrument” by 2024.

And while we are doing all of these things, we must continue to clean out the Swamp, get this country back to a civilized (non-moral relativity) state, and bring our constitutional republic back to following the Constitution and acting as a Republic.

[2] Dndi Briefing Note for the 150th Session of the WHO Executive Board.