The Left’s Lawsuit And Smear Campaign Against Roger Stone

“Toxic people will try to destroy the reputations of those who they know can crush them with the truth.”

One of the clearest indicators you’ve got a group of mentally unstable persons on your hands is smear campaigning. We’re talking about the entire main stream media as well as the Democrats.  Smear campaigners carefully and strategically use lies, exaggerations, suspicions, and false accusations to try destroying one’s credibility.  They hide behind a cloak of upstanding heroism and feigned innocence in an attempt to make as many people as possible think their efforts are not based on their vindictiveness, but on upstanding concern.

However, we all know their efforts are based on venomous and malevolent hatred and anger over the Democrats’ loss of the election to President Donald J. Trump.  They have many targets, but their latest is Roger Stone. 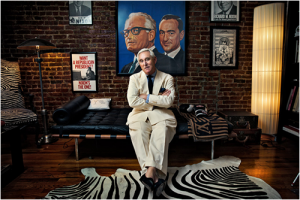 Mr. Stone is an American political consultant, lobbyist, strategist and amazing author of numerous well-researched and referenced books.  Roger is well known for his use of opposition research for candidates of the Republican Party, and now he needs our help.

Because of Stone’s decades long close friendship with our President, he has become a target of the left, and a target they want destroyed.  They are falsely charging Mr. Stone of colluding with the Russian state to elect President Donald Trump.

It was Stone’s miniscule communications with a Russian hacker, Guccifer 2.0, and his alleged communications with WikiLeaks founder Julian Assange that put him in the crosshairs of the FBI as investigators look for connections between Trump’s campaign and Russian meddling in the 2016 election.

Liberal Democrat members of Congress have continued to accuse Roger Stone of being a traitor without any facts to substantiate their outrageous claims. To date, neither the House nor Senate Intelligence Committees have agreed to allow Roger to testify in public in order to clear his name.

I don’t know how many times it has to be proven that there has never been any collusion between the Trump campaign and Russia, but this repeated lie is spreading to everyone involved with the Trump campaign.  We all know the real collusion lies in the Democratic campaign of Hillary Clinton.

Former members of the Obama administration filed a baseless and defamatory federal lawsuit (download PDF) against Roger and the Trump-for-President campaign accusing them of conspiring with Russian operatives to publish the information allegedly hacked from the DNC on WikiLeaks.

These Obama lawyers belong to the recently organized group, United to Protect Democracy.  Aaron Klein reported in Breitbart that the group is partnered with an organization heavily financed by billionaire Communist George Soros and is led by a former Obama lawyer who previously worked at a Soros-financed global activist outfit.

United to Protect Democracy is led by Ian Bassin, who served as Associate Counsel to the Obama White House and previously served in the Education Policy Working Group for Obama’s 2008 Presidential Transition Team.  Bassin previously served as General Counsel and Campaign Director at Avaaz, which describes itself as a “global web movement to bring people-powered politics to decision-making everywhere.”

Discover the Networks describes Avaaz as “the global counterpart of the George Soros-funded MoveOn,” and a “global ‘e-advocacy’ nonprofit organization whose chief function is to promote leftwing political agendas through Web-based movement-building and campaigns.”

ABC News reports that the organization also receives financial backing from George Soros, MoveOn.org, and the SEIU. In addition, Avaaz has received funding from Res Publica, which is bankrolled, in part, by Soros’s Open Society Institute.

How You Can Help

Fighting back against all of these attacks is expensive, especially when Soros money is behind them. Roger has no choice but to take on the legal expense of fighting both of these efforts to smear him. Mr. Stone and his family need your help to punch back. Please donate to the effort to clear Roger’s name and prove all those who are still crying over the election of our President wrong.

I’ve made a small donation to help Roger Stone, and hope others will do the same.  Please spread this article far and wide to help Roger with this lawsuit.

P.S.  Articles like this are brought to you through NewsWithViews.com and the diligent work of publisher and CEO, Paul Walter.  We have hundreds of thousands of readers, but we don’t have the resources of the liberal media.  That is why we count solely on our readers to keep us alive and bringing truth into your mailbox every day.  Please keep us in mind when you pay your monthly bills, and send a donation our way as well.  All donations are so very much appreciated.