The Rich Man, Lazarus And The NFL

Lazarus and the Rich Man

Luke 16:19-31 contains the account of a very rich man, clothed in fine purple and linen, who lived a life of extreme luxury. He had everything, never lacking for any creature comforts.  Laying outside the gate of this rich man’s house, however, was an extremely poor man named Lazarus, full of sores, who simply hoped “to eat what fell from the rich man’s table.”  Even the dogs came and licked his sores.

The rich man was completely indifferent to the plight of Lazarus, showing him no love, sympathy, or compassion whatsoever. Eventually, they both died. Lazarus went to heaven, and the rich man went to hell. 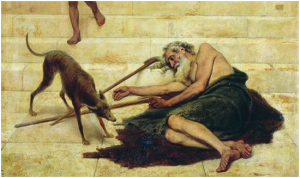 Appealing to “Father Abraham” in heaven, the rich man requested that Lazarus be sent to cool his tongue with a drop of water to lessen his “agony in this fire.” The request was denied because there was a chasm between them which could not be crossed.  The rich man also asked Abraham to send Lazarus back to earth to warn his brothers to repent so that they would never join him in hell. Abraham told the rich man that if his brothers did not believe Moses and the prophets, neither would they believe a messenger, even if he came straight from heaven.

This Bible story echoes in my mind with the NFL kneelers who are wealthy beyond belief and who are destroying their own incomes, insulting the nation and her veterans, and slandering our law enforcement officers with their protests.  Undoubtedly if they were giving to their communities and helping youngsters understand the wonders of living in a country like America, where they could reach unbelievable goals, there would be no “taking a knee” during our anthem.  In my mind, the NFL represents the rich man. Our flag, national anthem, our police officers, and our veterans who fought for our freedoms, they are the Lazarus’s of today.

Yes, I know, I’ve heard enough about the NFL kneelers too, and I’m sick of their actions being lauded as free speech.  The media will praise these protesters because leftist liberal public activism is always encouraged as a part of the media’s agenda. But act the part of a pious Christian, then you will be deemed “polarizing” and “simple,” and worse. 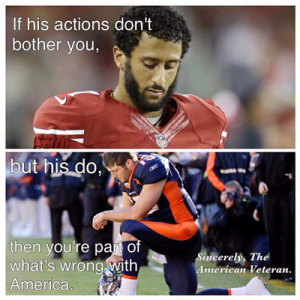 Ah, the media double standard. When an NFL player kneels in protest, it’s considered “unifying,” according to MSNBC. When Tim Tebow kneels in prayer, NBC calls it “polarizing.”

These NFL protesters are quick to mention why it’s their right to protest, the first amendment. They live in a free country that allows them to do this. The flag and national anthem they are disrespecting represents that freedom.  And the veterans and those who died in countless rotten wars to keep these freedoms are being disrespected by these NFL players…players who take home millions per year for running around on a field with a pigskin ball (actually it’s leather).  Our veterans deserve millions per year for their sacrifices, but they receive a pittance, and the NFL spits on them and the flag they fought for!

Recently a female police officer posted a meme on her Facebook page that called the NFL a bunch of rich, entitled, arrogant, ungrateful anti-American degenerates. You can guess what happened to her, even though her post was not done at work.  She has been forced to work for a week without pay. Link  Free speech is only for leftists who hate America, the rest of us are censored. 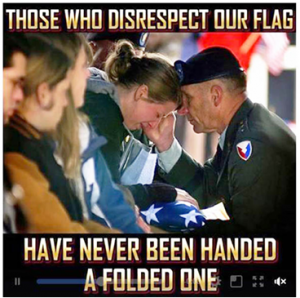 Most of the NFL players cannot tell you the reasons they are kneeling in a nation which allows them to do so.  First, they claimed it was police brutality, then it was oppression of black people, even though 70% of the NFL players are black.  Now they claim they aren’t being disrespectful to the flag or anthem, that they kneel because they want to point out injustice in our country.  Huh?

Talk about injustice!  Gateway Pundit reported via The Daily Mail that Colin Kaepernick donated $25,000 to a charity that honors convicted cop killer Assata Shakur, member of the Black Liberation Army. He also wore a pair of socks to several 49ers games which pictured police officers as pigs.  Apparently, Kaepernick believes in funding a cop killer, so is this a residual holdover from Ferguson and Baltimore and these protesters are for killing law enforcement officers as was done in Dallas?

Look, I’d agree that there are a few bad apples in law enforcement, but there are bad apples in every organization and group, take a look at DC’s sewer rats.  The vast majority of officers in America would die to protect and serve all Americans, and they put their lives on the line for us every day when they don their uniforms, just as they did in Dallas.

And by the way, just how many of the NFL players have criminal records?  Could that fact fuel their protests against so-called injustice?

Many of these players are the criminal dregs of society, they have had many brushes with the law, and yet they protest injustice in America. Their NFL managers have kept them out of prison in order to chase that ball and make the bucks, and we don’t hear about it, but let a man kneel to say a prayer on the field and the disparaging media commentary echoes from sea to shining sea. 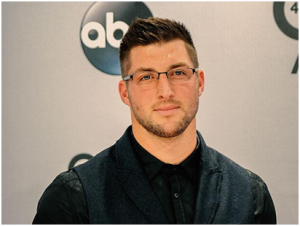 Christian football players are scorned by the secular media, but loved by grassroots Americans.  Tebow is regarded by many as the greatest player in the history of college football. Tim was born in the Philippines to Baptist missionaries, and before his momma became pregnant with him, she had contracted amoebic dysentery. During her pregnancy, the medications used to treat the dysentery caused a severe placental abruption, a condition in which the placental lining separates from the uterus. The Tebows decided to carry the baby to term as abortion is against their faith.

Tim and his mother appeared in a pro-life commercial during Super Bowl XLIV (2010) which stirred national controversy.  Life is a gift from God, how sad it is that our nation has embraced killing the most innocent, our baby humans.

Tim’s Christian faith is evident in everything this young man has accomplished.  He was an airline passenger when a man suddenly had a heart attack and Tim immediately went to help.   He openly prayed for the man, comforted his wife, got her to the hospital and stayed with her, even after she was told her husband had died.  He was severely criticized for praying in public.  What has happened to our Christian culture which used to laud these Godly men who would help in times of trouble?

The God of Abraham, Isaac and Jacob fills the heart and guides the actions of this young man, and there is no doubt in the minds of the faithful that God is with him.  One of our favorite entertainers, Harry Connick, Jr., interviewed Tim when he told his John 3:16 story about a special day centered on that very verse.  So many people who watched the show thanked Harry for allowing Tim to tell the story on national TV.  It is God, not coincidence, just our awesome and amazing God.  Watch it, it’s only a few minutes, but you will love it!  Our Lord was saying, “Here’s one of my kids…”

Burgess Owens is a former Super Bowl champion who played 13 seasons in the National Football League for the New York Jets and Oakland Raiders.  He says the anthem protest is a result of liberal ideology that destroyed the black family. Link  He appears often on Fox News programs and this man loves God, his family and his country. 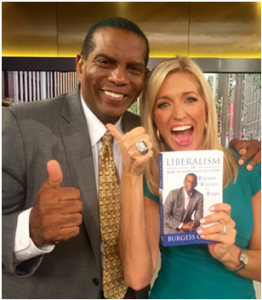 Burgess makes it absolutely clear why he will always stand for America.

Lazarus and the Rich Man… that’s what I see here, and sadly the rich men of the NFL still don’t understand why grassroots Americans are turning them off.

We’ve had wonderful Christian NFL players like Tim Tebow and Burgess Owens, and yes, Tennessee’s own Peyton Manning, who actually replaced a winning Tebow with the Denver Broncos.  These are honorable men, men who count faith first.

Maybe if another league hires antagonist Kaepernick, the protests will stop for this year.  Will the fans forget about it?  Maybe not this year, but yes, eventually most will go back to watching these spoiled millionaire brats.  Football is the national pastime, and these players have destroyed the enjoyment of so many fans.

Protesting is an American right, but do it on your own time, not while you’re at work.  The NFL owners are feeling the resentment of the fans.  Personally, I’d like to see the backlash from fans take a chunk out of the players’ checks.  Only then might they consider their actions a mistake.  It’s just too bad the kneelers weren’t raised like Tim, Burgess and Peyton.

P.S.  NewsWithViews has some of the finest researchers and writers on the web, we honestly work to bring you the truth of what is happening in our beloved America.  We do it, not for gain, but to save our country.  The owner and CEO of NWVs, Paul Walter, works tirelessly to bring the truth to Americans.  None of this is cheap, it costs, in time, and money, and is a labor of love for the USA.  Please help us keep NWVs alive and well by donating each month.  Thank you for any and all donations.