The Seditious And Toxic Atmosphere Of The Globalists 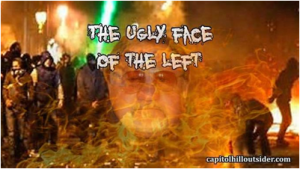 The Democratic Party, academia, Hollywood and the media have systematically created the toxic atmosphere we now have to contend with. They have set the tone for what is occurring today.  This is war…every Democrat and Republican like Sen. John McCain, his partner Lindsey Graham and Paul Ryan needs to be voted out.  The primaries are the most important votes we cast, and we need to fund and fight for the true and honest constitutional conservatives to run against the Democrats. The superb DVD documentary “Hollywood’s War on God” , reveals how satanic forces are using the movies.

The left needs to be destroyed, and that includes the left leaning Republicans. We all know who they are, Ryan, McCain, Collins, Graham, McConnell, and many more.  Our nation absolutely cannot survive more of these communist agitators fomenting rage because their globalist goals have been set aside by voters who chose freedom.

Normally when there are run-offs and special elections, the opposite party of the president wins, but not this time. 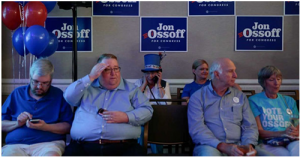 Granted, they did not win by huge percentages as those they were replacing had in the past.  The average loss of points was 13.  Nevertheless, a win is still a win, and the left is feeling the pain.

These wins are inciting and provoking more civil unrest promoted by the entire left and encouraged by the socialist media. 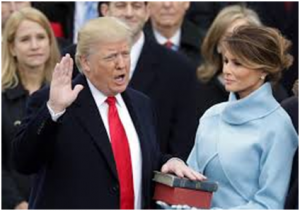 The left wants it their way or they will destroy what is left of the country. Look at the shootings, rioting, threats of violence, destruction of personal property, the constant theme of assassinations of our President, the words of hatred slung by them all with the added ‘benefit’ of the left’s success in eradicating what is left of societal decency.  We are looking at anarchy.   The character assassination of our President and his administration and the total refusal of the left to accept the outcome of a legitimate presidential election is the weapon they’re using.

The latest election results will increase their vitriolic and savage criticism against our President and conservative republicans.  In my lifetime, I have never seen such viciousness, and I want to know why these vile creatures are not being charged with sedition.  Common manners and decency were once the building blocks of our society, but today the left leads in decaying society’s respect and civility to others. They claim it’s their right under “freedom of speech.”  (Cornell University’s definition of sedition.)

Laws Limit Some Freedom of Speech

There are laws on the books that these people should be charged with, despite the freedoms of the first amendment. Certain types of speech are not protected by the first amendment: obscenity, fighting words, defamation (including libel and slander), child pornography, perjury, blackmail, incitement to imminent lawless action, true threats, and solicitations to commit crimes. Of course, libel and slander are rarely charged by public figures today since the 1964 supreme court decision in NYTs v. Sullivan wherein the court decided that media could lie with impunity about public figures unless the person could prove malice.  The court claimed this was a first amendment right of media.  The Warren court was stacked with six leftists and three moderates, so the unconstitutional verdict was 9-0.

Whether it is Berkeley or Benghazi, it is standard operating procedure among the most influential, most allegedly mainstream Democratic politicians to rationalize rioting as mere ‘protest.’ In their alternative reality, violence in the name of sedition is ‘free speech’ — a passionate expression of political dissent — started me on this while the actual political speech they so savagely suppress is the atrocity.

What McCarthy went on to say reminded me of something my mother said long ago when I was a teenager and then a young adult.  She was right when she said that we were headed for a war of ideals…righteousness and freedom or slavery to the state.  God how I miss my amazing mother who started me on the journey to save America at the ripe old age of five.

One of the worst legacies of those 1960s Days of Rage was the failure of will to prosecute violent leaders of the radical Left to the full extent of the law — particularly the likes of Bill Ayers and Bernardine Dohrn, Weather Underground terrorists who got a complete pass. In its madness, the nation drew a moral equivalence between anti-American terrorism and the excesses of American government agents who pursued the terrorists, as if warrantless searches and spying, however concededly outrageous, were comparable to plots and attempts to commit mass murder. The government did not want the depths of its misconduct explored, so charges were dropped in some cases and pled away for a song in others — denying an exploration of the depths of the terrorists’ depravity. “Guilty as sin, free as a bird,” crowed Ayers, waxing nostalgic on the eve of the 9/11 attacks.

The message could not be clearer: For the political Left in this country, violence in the pursuit of “social justice” is not to be condemned, it is to be understood. There is the occasional winking rebuke of the forcible methods, but the underlying “progressive” cause is always endorsed, and the seditionist vanguard is the object of adulation.

McCarthy is right when he says, “Sedition and its related pathologies must be prosecuted. Equally important, they must be condemned. Without that, there cannot be a pluralistic, flourishing society.”  So where are the Republicans, where is the Secret Service, where is the DOJ???

The big question is why these people are not arrested, some are not even visited by the Secret Service.

“This motherf***er, his whole job is to get people, convince Republicans to f***ing kick people off of f***ing health care,” Montag is heard saying in the audio recording, which was published on the website talkrealsolutions.com.

Montag obviously doesn’t have a full grasp of the English language.

Really Bob?  Our president wants Robert Kennedy Jr. to look into the vaccines and autism, and you have an autistic child and wanted the VAX film shown and then backed down and you’re attacking our President?  Robert De Niro says his wife believes autistic son changed ‘overnight’ after vaccination.

Hunt them?  What the hell does that mean?  Hunt and shoot to kill?  These people have gone over the cliff and need to be arrested and tried for sedition and whatever other laws the DOJ can come up with.

The Face of the Democratic Party

This is the face of the democratic party and the radical leftists on which they rely. There is within the American Left an increasingly active element that is not only deeply left of center, and fundamentally opposed to free speech, but also openly violent.

This is the kind of talk that delegitimizes the representative republic process and weakens institutions. It smacks of treason. It is an effort to sow the seeds of civil war. It is unlike anything we’ve heard during a presidential campaign or tenure. It doesn’t just acknowledge the possibility of violence, it actually revels in it.

The FBI, under democrat Andy McCabe, gave an utterly bizarre update on its investigation into an attempt to assassinate Republican members of Congress, including Rep. Steve Scalise who remains in the hospital with an upgraded condition to “fair” and said he faces a long recovery.

We know from other reporting that the list to kill was of six Republican Freedom Caucus members, including Rep. Mo Brooks, who was present at the practice.

So, what does the FBI decide this information means? Well, the takeaway of the briefing was characterized well by the Associated Press headline about it, which is total BS!  “FBI: Gunman who shot congressman had no target in mind.”

The AP reported the FBI

In fact, USA Today went with “FBI offers portrait of troubled Alexandria shooter with ‘anger management problem’” for their headline, since that’s what the FBI emphasized in the briefing.

The FBI also said there was no “nexus to terrorism” in the attempted mass assassination of Republican leadership by a Democratic activist.

Excuse the hell outta me, this is outright BS and everyone knows it.  What the hell is the FBI peddling? And where is AG Sessions?  Time to dump the holdovers from OBAMA!  Truly, we need Rudy Giuliani to go after this mess.

P.S.  Folks, please excuse my anger and the slowness of how things move in DC., we all know it’s always been like that, and our President is fighting a huge war just to get his promises to the American people completed.  It will be a long fight.  It is the same with NewsWithViews.  Every day we work to bring the best and most informative articles to the American people.  We need you to tweet them, Facebook them, and send them to your friends.  We also need you to please help keep NWVs alive.  You can donate here, and we appreciate every single donation!  If you decide to send in a check, please be sure to mention my name. Thank you so much.