The Truth About Vaccines, Part 1

We are witnessing a national disaster that is not just at he southern border.  For years there has been serious problems concerning the vaccines available in America.  I did a nine-part series on vaccines back in 2017 that can be read here.[1]  All nine installments can be accessed from the first of the series.  What we are seeing today is even more visible and I believe more dangerous than at any time in history.

I will say upfront that I have not had a vaccine since I was a kid when I got the polio vaccine.  I remember during the Ford administration when a particularly nasty strain of the swine flu occurred, and everybody was told to get a swine flu vaccination.  I didn’t and never caught the flu.  Today the most dangerous vaccine in America today is the flu vaccine.  As reported by Health Impact News, during the period covering 16 August to 15 November 2013, 139 claims were settled by the Vaccine Court, 70 of which received compensation. Of these settled claims, 42 – or 60 percent – were for injuries caused by the flu vaccine. The remaining 40 percent were for injuries caused by 11 other vaccines.

The greatest number of injuries by far that were reported as a result of the flu vaccine were for Guillain-Barré Syndrome, or GBS, a condition which the National Institute of Neurological Disorders and Stroke describes as follows:

Guillain-Barré syndrome (GBS) is a disorder in which the body’s immune system attacks part of the peripheral nervous system. The first symptoms of this disorder include varying degrees of weakness or tingling sensations in the legs. In many instances the symmetrical weakness and abnormal sensations spread to the arms and upper body. These symptoms can increase in intensity until certain muscles cannot be used at all and, when severe, the person is almost totally paralyzed. In these cases the disorder is life threatening – potentially interfering with breathing and, at times, with blood pressure or heart rate – and is considered a medical emergency. Such an individual is often put on a ventilator to assist with breathing and is watched closely for problems such as an abnormal heart beat, infections, blood clots, and high or low blood pressure. Most individuals, however, have good recovery from even the most severe cases of Guillain-Barré syndrome, although some continue to have a certain degree of weakness.

U.S. government statistics reveal that the flu vaccine is the most dangerous vaccine in America.

To the uninformed it might seem shocking that a medical procedure considered safe by the mainstream medical community could cause such serious health problems. When one considers the flu vaccine’s ingredients and adjuvants, however, it becomes totally understandable.

For one thing, the flu vaccine contains 25,000 times more mercury than is legally allowed in water. For another, statistics confirm that vaccinated people are actually more susceptible to the flu and often get more ill than those who focus on building up their own body’s immune system.[2]

Why does a vaccine even have mercury in it in the first place let alone 25,000 times more than what is allowed in water?  Isn’t our government, the FDA in particular, supposed to see that these vaccines are safe?   Just recently triplets received a vaccine on the same day and within hours all three became autistic. A VAXXED video that has been banned almost everywhere is going viral on Brighteon.com, the Youtube alternative video community for free speech on vaccines, GMOs, natural medicine and more.

As the video shows below, healthy triplets all became autistic within hours of vaccination, once again demonstrating that vaccines cause autism. The parents, the McDowell family in Detroit, Michigan, have spoken out publicly against the horrific medical violence being committed against children every day across America through toxic vaccines. (See AutismTruthNews.com for more reporting on vaccines and autism.)

The names of their three children, pictured above, are Richie, Robbie and Claire. All three children were vaccinated on the same day, and within hours, they all become severely autistic.[3]

The article goes on to say that the pharmaceutical companies are virtually immune to prosecution for bad vaccines.  Another vaccine gone wrong was administered to Lou Ferrigno, The Hulk, and he ended up in the hospital: A famous Hollywood celebrity is in the hospital after he reportedly experienced a series of horrific adverse effects following a pneumonia vaccination. 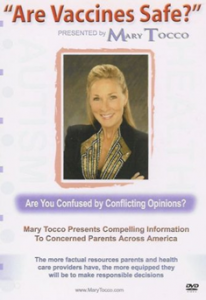 Lou Ferrigno, the 67-year-old who played the Hulk in The Incredible Hulk, tweeted a picture of himself lying in a hospital bed with IVs attached to his arm, along with a caption of strange details explaining what happened.

“Went in for a pneumonia shot and landed up here with fluid in my bicep,” Ferrigno stated. “I’ll be ok but it’s important that you keep an eye on who’s giving the shot and make sure they not only swab the spot correctly but that you watch the needle come out of the package.”

For more news about vaccines, be sure to check out Vaccines.news.[4]

The side effects of these vaccines are in many cases worse than what the vaccine is intended to cure.  In my series last year, I revealed that it has been proven that as far back as when vaccines started, they have been ineffective.  As a matter of fact, it has been found that an autistic child has always had a vaccine.  No child that has NOT had a vaccine has been diagnosed autistic![5] Consider the disastrous results from the HVP vaccination. As of January 2015 VAERS revealed that there had been 220 reported HPV vaccine-related deaths, 1,283 reported disabled patients, 3,945 reported hospital admissions, 12,305 reported admissions to an emergency room, 595 reported abnormal Pap smears, 262 reported cases of cervical dysplasia and 100 reported cases of cervical cancer! It is important to mention that the FDA admits that as few as 1% of adverse reactions to drugs or vaccines are ever reported by patients or physicians, so these numbers are likely to be falsely low. In other words, the real number of adverse events related to HPV could be as much as 100 times higher than the reported 38,217!

Despite their “confidence” in the efficacy of the vaccine, Merck and Glaxo still advise that inoculated patients follow the same schedule of regular Pap smears that unvaccinated women are advised to follow. In other word, there is no guarantee the shots will work.[6]

With these kinds of results, I think it would behoove parents to teach their children abstinence for a much safer lifestyle.  It is obvious that our government is NOT doing its job of protecting us.  They are protecting the ones that do harm to us.  We must address this ourselves and take the responsibility on our own shoulders.