The US Senate Race In NH Heats Up

Since 2004 we have been exposing wide spread corruption in NH politics and beyond from both parties. I have been involved in 24 court cases. I have yet to lose. Joe “The Joker” McQuaid, editor of the Manchester Union Leader, has been fully informed of this corruption. He has praised the mob associates for fabricating the charges against me????????????? He has ridiculed me in public while I was undefeated in the courts?????????

Meanwhile, two of his award winning investigative reporters have dropped dead or disappeared while in possession of all of the pertinent files contained in my book “Menace To Society.” It is available in PDF format from my campaign website. 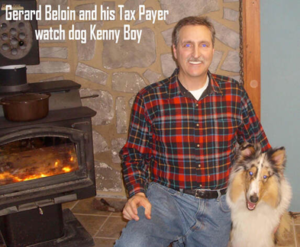 The first award winning investigative reporter to go was Nancy Meersman. She was the official court reporter for the Manchester Union Leader. She was incensed with Joker McQuaid for refusing to publish her articles that she claimed could have won her and the Manchester Union Leader a Pulitzer prize in journalism. Joeker McQuaid responded by firing her. (He called it early retirement) She was not deterred. She promised me that my story would get out. She had 35 years of contacts from movers and shakers in the media and she would get my story out as a freelance journalist. She dropped dead shortly after making that promise. The cause of her death was never revealed. She lived with her elderly mother. She soon followed Nancy.

Roger Talbot was the 2nd award winning investigative reporter to disappear. He won his award on the reporting of the heinous Judge John Fairbanks. Judge John Fairbanks was the Newport District Court judge. He was a thief and according to the complaints filed by Newport Police Chief Arthur Bastian he was a violent serial homosexual rapist, raping young men in his chambers in exchange for their freedom.

Judge Fairbanks was an estate attorney for elderly or disabled NH citizens who had lost the ability to care for themselves. Who better to turn over your checkbook to than a judge?? He would then drain their bank accounts and sentence the now impoverished victims to the county nursing homes at the taxpayers expense.

I interviewed Newport, NH Police Chief Arthur Bastian. According to Chief Bastian, he filed numerous police reports with the

US Attorney’s Office about Judge Fairbanks. Judge Fairbanks was releasing young men accused of serious felonies after a visit to his chambers for “counseling.” Linked here is their written response to Chief Bastian’s complaints. Union Leader Reporter Roger “Limp Wrist” Talbot reported on the thievery but not the real scandal. The violent serial raping of young men in the judges chambers that went on for decades! The details and news reports are contained in my book, available from my campaign website. Roger Talbot knew. Everyone in the know knew. They all swept it under the rug. The “Secret Society,” the “Shadow Government” AKA the “Deep State” and “The Swamp” that “These Guys” brag about on the recordings was in full display. Roger did throw me a few nuggets of information that were the key to opening up a Pandora’s Box of bipartisan political corruption that lead to the publishing of my book and this article. I’m not sure if these keys to exposing the corruption were intentional or a slip of the tongue but when Roger Talbot was subpoenaed for one of my numerous kangaroo court trials. He defied the subpoena. The judge did nothing. He has since disappeared.

What does all of this have to do with the headline of the US Senate race in NH turning deadly in 2022????????? Most of the witnesses that I wiretapped, linked to organized crime, admitting to the existence of the “Secret Society,” the “Shadow Government,” AKA “The Deep State” that both parties submit to, have died or disappeared over the years. Following is the list in chronological order copied from my campaign website.

TIED TO THE RECORDINGS AND 24 COURT CASES

Witness #1 – Dead – “These Guys” boast about politically assassinating Dr. Hieber by gassing him to death to silence him. He died of symptoms consistent with being gassed to death.

Witness #2 – Dead – Nancy Meersman, the Court Reporter for the Union Leader Corporation was fired and then dropped dead shortly after being fired. No new Court Reporter was assigned to replace her. Prior to her death we spoke repeatedly on the phone and in person. She was excited about my case and how well I had documented it. She was told by Union Leader Editor Joe McQuaid that her articles about my court cases were not to be published. She was incensed. She told me that what I had put together was astonishing and that it could get her a Pulitzer Prize. She lived with her mother. Shortly after she dropped dead, her mother followed suite. The Union Leader Corporation is owned and controlled by the Scagliotti and Tomasko families.

Witness #3 – Disappeared– Roger Talbot, the award winning investigative reporter for the Union Leader Corporation interviewed me extensively. He won his award with his excellent reporting on the Judge John Fairbanks case linked to organize crime and the NH Attorney Generals Office through Chief Investigator G. Michael Bahan. He gave me some excellent leads to pursue that opened up a Pandora’s Box of corruption.. He suddenly retired and speaks to people through a crack in his door. He was served a subpoena in one of my several mis-trials. He defied it and the judge did nothing. The Union Leader Corporation is owned and controlled by the Scagliotti and Tomasko families.

Witness #5 – Disappeared – (APPENDIX XX) The former Chief Investigator at the NH Attorney General’s Office, G. Michael Bahan, is on tape threatening this politician. Investigator Bahan was subpoenaed to testify. He disappeared just prior to the trial. NH AG Kelly Ayotte refused to disclose his whereabouts. That is witness tampering in a murder investigation.

Witness #6 – Dead – (APPENDIX X) Dr. James J. Adams was another witness at trial. He drowned just after resigning from his post and just prior to my issuing a subpoena for him to testify. He is on tape committing several felonies in a failed attempt at covering up for these heinous crimes.

Witness #7 – Gone missing – Assistant Hillsborough County Attorney “Tony” Introcasso hails from NY and NJ. He is on tape boasting of his connections to the Italian Mafia in the trucking industry and repeatedly asking me, out of context to our short meeting, “Where is Jimmy Hoffa?” His message is clear. Stop running for office or you will suffer the same fate as Jimmy Hoffa. His Mob name, in his own words, on tape, is…………… “Attorney Soprano.” His message could not be clearer.

Witness #9 – Threatened – Gerard Beloin, Candidate for the US Senate in 2020 and 2022 is currently under the threat of death by members of organized crime masquerading as agents for the State of NH tied to the Shaheen political machine.

Witness #10 – Dead – Sir Kently Blue of New Boston is his AKC registered name. AKA Kenny Boy. He died suddenly of kidney failure on February 16, 2018. When you read the chapter on Kenny you will understand how he would have made a great witness.

Witness #11 – Dead – Edward Naile – Died in Concord Hospital intensive care unit. – Mobster “Eddy Nails” threatening this candidate for the US Senate with extreme bodily harm for exposing him as a fraud.Eddy Nails was a registered Democrat. A violent left wing Socialist Democrat activist masquerading as a conservative taxpayer watchdog who repeatedly claims, on tape, that “violent political assassination, extortion, arson, murder and murder for hire schemes” are an accepted and legitimate form of political discourse in NH. In the linked recording, Eddy Nails and his sidekick side with an admitted violent political assassin who is now a judge. Judge Kerry “The Killer” Steckowych. The Coalition for NH Taxpayers organization is a proven front for organized crime.

Witness #11, Eddy Nails, is the one that should concern the NH voters the most. His name was Edward Naile. His mob name was “Eddy Nails.” He was a violent Left Wing Socialist Democrat mobster registered to vote in Deering, NH as a Democrat. He masqueraded as a conservative Republican running the fraudulent Coalition For NH Taxpayers Organization, a front for organized crime. His job was to silence the real taxpayer watchdogs like me. I go into detail in my book about how this fraudulent organization, under the control of Eddy Nails, has repeatedly helped cover up the theft of billions in NH education tax dollars spent while my US Senate opponent, Chuck Morse, was head of the NH Senate Finance Committee. Eddy admits on tape that the admitted violent political assassination of Dr. Craig Hieber and others is OK!! “There is nothing we can do about it.” He repeatedly defends violent mobsters admitting to murder! I made it known that I was planning on making him the face of the opposition in my campaign for the US Senate. Can you imagine the dictator of the Coalition of NH Taxpayers having to answer for the following crimes during an election year? He was the gift that kept on giving for my campaign and collateral damage to both parties. He was a liability. He was the link between the “Deep State,” both political parties and “The Swamp” of organized crime. It is ironic, as his most ardent detractor, I am the one that would benefit the most from him being alive.

Accessory to murder after the fact

Deprivation of rights under color of law

Extortion and Theft by Extortion

The recording of our meeting that ended in violence is linked to his obituary.

When I exposed Eddy Nails as a fraud in a Zoom meeting with so called election fraud expert Marylyn Todd, she and one of her associates called him a “hero” and cut off my microphone. The reason? “No drama will be allowed in this Zoom meeting.” Marylyn Todd may just be a dupe of Eddy Nails. He was very good. He had a Bill Clinton like oily tongue. He always had an answer that seemed plausible until he had to explain the recordings. When cornered, he resorted to violence. I was duped by him for 3 years before I woke up to his duplicity. I will give her the benefit of the doubt. When she reads this article (I have her e-mail address) and still stands by Eddy Nails, then she is part of the problem and becomes an accessory to all of his crimes after the fact. Following is some good legal advice for Marylyn Todd.

Are they all waiting for one more dead witness to die or disappear before addressing the issue?

While this candidate has to worry about getting shot??

As the only true conservative candidate for the US Senate in NH in 2022, I refuse to comply.

Gerard Beloin is a manufacture, distributor and installer of high performance commercial roofing systems. He turned TaxPayer Watchdog for the roofing industry and uncovered a rats nest of corruption in 2005 related to voter fraud. In 2008, 09 and 10 the crap hit the fan. He wrote a book exposing organized crime in NH politics. The bodies of 11 dead subpoenaed witnesses have piled up and more are coming. Since no-one in NH politics is doing anything about it…………………………… he decided to run for the US Senate to help effect change in the voter laws in NH. Like the NYC District Attorneys allowing criminals to run free, the NH Attorney Generals Office has allowed John “The Cat” Silvestro to run wild in NH since 1985!!

You can reach Mr. Beloin at