The Voice Of My Generation 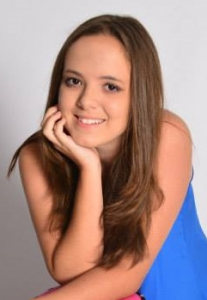 I believe the concept of American exceptionalism and liberty was inspired by God. Unfortunately, I believe our younger generations are a target of an ungodly agenda and the education system is being used as a tool to support it. God has undoubtly shed his grace on America but it’s our responsibility to guard our children until they are able to stand on their own without the assistance of mom and dad.

My own personal experience is a testament to this fact. When I was in the 7th grade there was an Evolutionist teacher who greatly bullied me. This Evolutionist teacher was spreading lies into naïve children that believed anything they were taught. Children believe anything you tell them. It’s because they have that child-like faith. I knew what he was doing wasn’t right and every time I went into that classroom I knew it was wrong. I remember if anyone tried to question this teacher, they ended up looking like they were the idiot. He preached evolution and mocked any open dialogue. We were his clay in his sarcastic belittling and he used his position as teacher against us. He specifically targeted me because of my beliefs.

I decided to do something about it. I had already talked to my mom and they had a meeting with his boss and the teacher lied in the meeting to escape being fired. Now I called for a second meeting where I was in there. I’ll admit I was scared and I was a bit intimidated. He was my teacher. But that man just kept right on using his position and demeaning how feeble I was. He called my mom a bad parent to her face with me in the room and then said that I knew nothing.  Stories like mine sadly happen too often in our education system.

Parents watch out for this same thing working in the hands of teachers where you might of innocently mistaken school to be a comforting learning environment for your child.

Remember the Shadrach, Meshach and Abednego story?  The king proclaimed that anyone in his kingdom who didn’t bow down to the idol would be thrown into the fire. He used his position as king to intimidate them. But, Shadrach, Meshach and Abednego were not like the rest who just blended in and bowed down. This is what they said (Daniel 3:16-17)“O Nebuchadnezzar, we do not need to answer you on this point. If it be so, our God whom we serve is able to rescue us from the furnace of blazing fire, and He will rescue us from your hand, O king. But even if He does not, let it be known to you, O king, that we are not going to serve your gods or worship the golden image that you have set up!”

Parents, the next generation is in the same position.

We have a choice. We can bow down and quiver under the king’s command or we can stand.

Young kids of my generation don’t let the position of them being in authority intimidate you. You are not tied to that. Respect them even if they don’t’ deserve respect but do not bow down to the idol of the culture. Do not bow down to this idol.

Ask yourself “Are you for God or for man? Are you for God’s approval or for people’s approval? Are you willing to look crazy even if the whole bows down?” Shadrach, Mechach, and Abendego refused to bow down to the king and it shined a light to others.

The decision is ours. We can blend in with the others. But, staying silent will only allow the anti-God culture to take more ground. May we have the courage to stand up. These students are future Einstein’s, lawyers, doctors, businessmen and world shakers. May our voices be heard and refuse to bow down to the knee of society. May my generation find its voice.

[BIO: Born in Florida to a family that includes: a Vietnam War Veteran and Italian immigrants, Isabella Aquino discovered a passion early for America and the freedoms in which it was intended.  Isabella started college at age 14. She is now 16 and lives in Ohio. While she is praying about the future God has for her, currently wants to practice Constitutional Law one day.  Isabella loves to dance, write, and spend time with her family.  You can email her at IsabellaZAquino@outlook.com