The War On Terror Starts In The Classroom 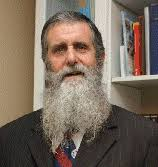 Below is the draft of a message that I will give to parents, educators, and community leaders about the concept and mission of The Renaissance Charter School. Please share with members of your community that have been waiting for a school worthy of their students’ time and efforts.

Ladies and gentlemen, thank you for coming here today to hear the good news about the education that awaits your sons and daughters!

As your new principal, it is my duty to lay out the groundwork for our next academic year, and all subsequent years. There will be time for questions after the presentation.

If you have come here today to seek a superior academic atmosphere, where we will be guided by the truths that led to  our western civilization, the moral certitude that defined our quest for justice in the pursuit of, and adherence to  “natural law” as the bedrock of our republic, and a classical education that will enrich and solidify the learning of your student in  past traditions with the challenge of the future, …..then you’ve come to the right place.

I can assure you that what we are doing here is historic. It represents a pioneer endeavor in steering education away from the grip of defeatism, sloth, victimization, and every conceivable pretext for poor performance and discipline.

Let me remind you that President Reagan’s “A Nation at Risk” commission on the assessment of the present state of American education was a wake-up call. In the words of the commission: “If an unfriendly foreign power had attempted to impose on America the medicore educational performance today, we might well have viewed it as an act of war!” In light of this crisis, we have taken it upon ourselves to “reprogram” our youth from the destructive progressive educational pablum offered up by that guru John Dewey, known as the “father of American education.” His notion of our youth being like biological organisms, without a soul or free will, simply adapting themselves to their environment, has taken a dangerous turn as we can plainly see. Rosalie Gordon noted that Dewey’s big push was the death knell of individualism, instead focusing on the “group”…zero independent thinking or individuality. “The child must always be made to feel part of the group, he must indulge in group thinking, in group activities.”

As Dewey remarked: “You can’t make socialists out of individualists!” To that end, he advocated terminating things that connect the child with his culture, his past, his language, literature, science, geography…in short, anything that will prevent the student from being molded into the robotic, collectivist drone desired by the state, was seen as an obstacle.

That was 1984….what’s changed? Well, for starters, the malignant disease known as “western guilt” has, in the words of Heather McDonald, created a “fatalistic paralysis”. In laymen’s terms: political correctness is killing us.

Here at the Renaissance school, there will be an absence of political correctness; likewise we will promote a vigorous exchange of ideas, especially those that redefine the greatness of the American spirit and our Constitution.

When Art Torres declared that our preservation of our values and laws was the “last gasp of White America”, he apparently overlooked the existence of our Renaissance school, where we will put into practice the wisdom and guidance of our Founding Fathers and the spirit of classical western culture, music, art, and science.

One of the main aspects of the Reagan commission was the matter of a lack of school discipline. Notable among the symptoms was a lack of administration’s order and standards. Every teacher knows this to be true. The commission noted also that wherever standards were raised, academic proficiency increased. Homework improved grades.

Years ago, while I was at Dorsey High, some parents were aghast that I hadn’t passed their students due to a total lack of homework. “But my child comes to school every day!”, was the improbable response of one. What we can say about this incident is this: unlike other schools that are funded by how many bodies are present during a specific day, we will do more than just while away time, breathing as the bovine creatures do.

In order to have academic excellence, there must be a moral basis for the school. We will start each day with the Pledge of Allegiance and America the Beautiful. When our students say it, sing it, they’ll believe it.

We shall invite a color guard from ROTC or Boy Scouts to come and inspire our students about civic pride, leadership, and taking a part in the strengthening of their communities and families. The NRA will invited to come to our school and give safety seminars about proper skills in marksmanship and gun responsibility and safety. No child will graduate that doesn’t have experience with light weapons and their care.

One of the directives of the failed Obama education czar was to abolish student suspensions. When this was done in Philadelphia, truancy went from 20-30%. And Why? Students were so afraid of being mugged in the bathrooms and elsewhere, or forced to fork over their lunch money, that they simply stayed home! Math proficiency dropped 3%, reading, 7%.

To remedy this notion of “do-your-own-thing” attitude toward discipline, we will establish rules that will maintain a superior atmosphere of learning and zero tolerance toward anything that deters from this goal. It may be necessary to have parents sit in the class with their students, in worse case scenarios.

With the advent of so many questionable charter schools, we’ve seen a worrisome trend toward ridiculous and dangerous schools offering  blandishments and phony curriculae such as Globalism, one world, environmental charters, human rights charters, Obama High School, Johnny Cochran School–in each of these charters, one finds that reading and math scores are the lowest. Their mission: save the world, even though the students are unable to fill out a job application.

Here at the Renaissance school, what we WON”T be providing are solutions to personal, social or political problems, each exacting a cost in education and money. We believe that those students that are improperly trained will be disenfranchised, not only materially, but in their participation in national life. There will be no phony graduation rituals- students will graduate when they are ready.

Nor do we believe that every student must attend a university. All of our students will be able to prove an adequate knowledge of the arts, sciences, literature, and English, and they will have the option to take carpentry, metal, electrical, and auto shops if they desire. Gone are the days when students while away their time, taking up space, completely cut off from their learning and the promise of a future. We will work with parents at all times to insure that the standards are being met.

During the Reagan years, it was determined that 13%  of teens were functionally illiterate, with only 20% being able to write a persuasive essay! This is a scandal that cries to the heavens. But that’s not the worst of it. Standards have been so degraded, that over 25% of college freshmen cannot pass basic English grammar and composition, instead wasting valuable time and money in remedial English classes. In college! The trend, due to this discrepancy, has been that in metropolitan areas, basic literacy has been the goal, rather than the starting point! For many schools, maintaining enrollment is of greater concern than academic performance! This is of no concern to us: since what we are doing is revolutionary and will attract many students from all over the country, the obsession with “taking roll” will be absent.

Another finding of “A Nation at Risk”: that among administrators and “leading” educators: “weakness of purpose, confusion of vision, misuse and underuse of talent, lack of leadership.” To be clear: this is the raisson d’ etre of the Renaissance Charter School! Each graduate will radiate a confidence of purpose, a mission of academic  excellence, and determination to carry the torch for America, and in Kennedy’s eternal message: “Ask not what your country can do for you, ask what you can do for your country!”

The mention in the report  of the time-honored credo of America’s teachers: “dedication, at all odds, that keeps teachers serving, even as rewards diminish”….has fallen victim to the abuse and scandalous treatment of our top educators, often serving as nothing more than glorified baby sitters. The statistics are shocking: the attrition rate of our most idealistic teachers is a mere 7 years! Paradoxically, study after study indicate that teachers cite the lack of administration support as the number one cause of their flight from the classroom….money was not even mentioned, even when it was literally a cruel joke in sustainability for the best and brightest. To that end, the Renaissance school will seek to pay its educators what they are worth, have their back, instead of cynically shoving them through the demeaning meat grinder of political correctness.

Our biggest advantage at the Renaissance school will be the cherishing and cultivating of the English language, grammar, vocabulary, and composition. We want every graduate to be an example of the very concept of American exceptionalism…and it starts with having pride in one’s own language! That shall include the long-lost skill of penmanship. While this will reflect our core values, there shall also be opportunities, and requirements, to take either Spanish, French, or German. We are not just flouting renaissance concepts, we’re living them. Classical music and its appreciation will be introduced, and students will be familiar with basic European historical and cultural trends. We shall never again be shamed by hearing that our students are confusing Germany with a country in Africa…or that Goethe was the name of a rap group….

We expect that our revolutionary approach will be seen as a life raft for African-American and hispanic children held hostage by damnable inner city bedlam. Those who yearn for true academic freedom and excellence, will shun the usual culprits of government run schools: affirmative action, “diversity” and other frivolous ethnic pride pablum. Instead, a new wind of individual freedom through performance and goals achieved will permeate our campus.

Needless to say, a man is a mind with a physical body. Our goal will be to contract the best coaches and build athletes that will bring home the gold! Community and student pride will be built on a holistic foundation of the mind, body, and spirit.

It is not enough for an outstanding, nationally recognized academic institution to be satisfied with mere academic excellence. It is our goal to fashion leaders, statesmen. and individualism that will lead to the betterment of America. We expect nothing less than members of Congress to be populated from the ranks of our institution…

To the naysayers and cynics, we say: the existence of The Renaissance Charter School is long overdue! In those historic words of President Reagan: “No dream or endeavor is beyond our reach. After all…..we’re Americans!”

Thank you for your support and encouragement as we pave new roads into a total renaissance of American education.

God bless you all!

[BIO: Rabbi Nachum Shifren is a 25-year veteran teacher of the worst school district in the US (LAUSD), I have designed the foundation of a brand new charter school, whose graduates will understand the difference between terrorists and freedom fighters! Nachum will be recruiting the best and brightest teachers in America, men and women of faith and patriotism.]