To Know Islam Is To Know Muhammad

Over 14 centuries ago rose Muhammad, a supposedly illiterate hired hand of a rich widow Khadija, claiming he was the bearer of a perfect life prescription from Allah—the Quran. He claimed humanity could do no better than to follow its precepts as well as to emulate Muhammad’s own life example for a guarantee of bliss and salvation. In exchange for this, people had to embrace Islam—surrender—by surrendering their liberty to Muhammad. Up to this day, the Muslim world considers a perfect Muslim as someone who follows in the footsteps of Muhammad, by action and by deeds.

Muslims have been taught from an early age that to be a good Muslim, they should follow the example of Muhammad (Sunnah) and implement it in their daily lives.

You have an excellent model in the Messenger of Allah, for all who put their hope in Allah and the Last Day and remember Allah much. (Surat al-Ahzab :21)

To faithful Muslims, the Prophet Muhammad is a role model and they must follow his Sunnah and 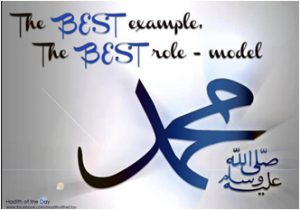 learn how to implement its precepts and practices in their lives.  So, to understand Islam is to understand the Prophet Muhammad.

Muslims believe that the invisible unknowable essence Allah, the embodiment of all virtues, the most perfect creator chose Muhammad to be the bearer of his comprehensive ideal prescription, the Quran, for all humans for all times. No true believer in Allah can do better than emulate the conduct of Allah’s perfect handiwork, the messenger of Allah Muhammad. So, goes the refrain of Muslims the word over.

Fortunately, for both Muslims and non-Muslims, Muhammad is not around so that we can personally observe his conduct and be tempted to emulate him. What is possible, however, is to go to authentic Islamic records and discern what Muhammad did during his life and judge it for ourselves.

The absence of Mohammad is fortunate for the Muslims because it enables them to spin many yarns about how virtuous he was. There are more stories about the kindness, his generosity, his forbearance and whatnot than any dozen men could do in ten lifetimes. So, Muslims, heads in the sand keep reciting to each other all these made-up tales.

It is fortunate for non-Muslims that we won’t be inclined to do some of things that he did. Again, many accounts of his actions, as recorded and reported by reliable authoritative Muslim sources would be clearly considered criminal in civilized societies of today.

Special Hatred for the Jews

Muhammad, for one, was a model of spewing hateful speech, cursing all non-Muslims repeatedly with special venom reserved for the Jews. In the Islamic scripture, headed by the Quran, the Jews are cursed and called all kinds of names so many times.

I am curious. Is it Allah so despises the Jews or is it Muhammad? Either way it doesn’t make sense to 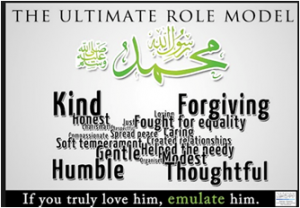 me. If it is Allah speaking these derogatory terms in the Quran, then I am shocked. It is unbecoming of the creator of the universe, the source of all good to devote so much of his book to cursing a few millions of his own creatures. Recall that the Quran claims that not even a leaf falls without the permission and decree of Allah. So, why is it that he allows the Jews to behave in ways that he condemns?

If it is Muhammad who is angry at the Jews, then it makes sense. The Jews keep rejecting him and telling him to take a walk and take his sale pitch somewhere else. But what doesn’t make sense here is that he claims that every word of the Quran is that of Allah’s. So, which is it? Am I daft, or there is something illogical here?

Islamic records report that Muhammad had numerous wives. Some even admit that they can’t provide an accurate count, because he took wives so often and with great liberty. A number of his wives were slave women—women taken as booty in battle. Well, okay. Maybe he was doing what the Arabs of his time did. Make war, take everything, including women and children and treat them exactly the way you would treat your own livestock. If you found a woman you desired, she was yours. That simple.

But, he also married a child of one of his most senior followers,

Ayesha. The poor child was nearly a six-year old little girl when he married her and consummated the marriage when she was barely nine and he was pushing sixty. Now, Ayesha was not a slave girl that he could take that kind of liberty with her and treat her like a piece of property, rightfully his. She was Abu-Bakr’s daughter. Did Muhammad bamboozle the old Abu-Bakr or the old Abu-Bakr’s lust for power made him offer his little girl to Muhammad?

Either way, what Muhammad did establish was a shameful and criminal act of marrying little girls as a legitimate practice. Not long ago, a member of the highest Islamic Council of Saudi Arabia issued a fatwa saying that in Islam there is no age limit for marrying even infants. Now, this is the kind of religious sanctions that ought to make you cringe.

Just a couple more points here. Muhammad also declared killing non-Muslims, plundering their possessions and taking their women and children as slaves to be held or sold as acceptable. He legitimized slavery and even described how slaves should be treated as second and even possibly third-class chattel.

Muhammad also established what amounts to a modern-day protection racket. He actively encouraged his followers to attack non-Muslim caravans and habitats, get all the loot they could, give him his cut of 20% and keep the rest.

But again, if you are the representative of the creator and owner of the universe Allah, everyone must give you a wide berth. And people did. It just so happened that men of Muhammad’s time very much liked what he did and preached. Never mind Women. Women did not count in much of Arabia’s birth baby, Islam.

Let us set aside these well-documented unseemly and even criminal activities and look at some of the good things attributed to Muhammad.

One particular case relates to Muhammad’s trying time in Mecca. The story is that an old Meccan 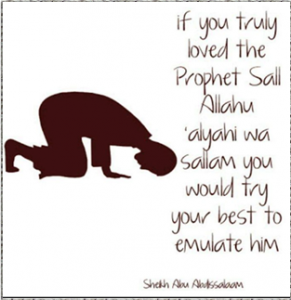 woman would throw tumble weeds on Muhammad as he walked by. In response, Muhammad would speak to her kindly and inquire about her well-being. This is often cited as an example of how kind and forgiving he was. Keep in mind that Muhammad was very meek in Mecca and had lots of ill-wishers and very few friends. He was in no position to retaliate in kind to any abuse he was subjected to.

Also, it stands to reason that people are inclined to treat their friends and even total strangers kindly and compassionately. What truly measures the worth of the person is the way he treats his enemies.

Once out of Mecca and in power in Medina, Muhammad hardly bothered inquiring about the well-being of old women. He did, however treat his friends—his followers—kindly. But, he showed absolutely no mercy for his enemies. He had his enemies—anyone and everyone who did not fall into his fold—treated by the sword.

A Muslim’s surrender of liberty is not merely a matter of personal choice. Muslims abandon their most precious rights and are out to make all non-Muslims also do so, by hook or crook.

In short: I, for one, would hardly want to take Muhammad as my exemplar and emulate him.