The United States District Court Judge Royce C. Lamberth surprised many Democrats and their news media partners when he ruled that the “discovery” phase of a lawsuit is cleared to begin in the controversial and allegedly fraudulent email scandal perpetrated by  former Secretary of State and losing presidential candidate Hillary Clinton.

According to One America News Network (OAN), the Obama administration’s top-echelon State Department officials, lawyers, and Clinton aides must allow nonprofit and nonpartisan legal watchdog, Judicial Watch, to depose them under oath, by order of Senior District Court Judge Lamberth of the District of Columbia.

Senior officials, who include former national security adviser Susan Rice, her assistant Ben Rhodes, Hillary Clinton adviser Jacob Sullivan, and FBI official E.W. Priestap, will now have to answer questions posed by attorneys/investigators from Judicial Watch under oath. This will be the total opposite of the so-called investigation by the Federal Bureau of Investigation since Clinton was never sworn-in before being questioned by FBI agents and Obama staff members such as Susan Rice, Ben Rhodes and others were given immunity from prosecution without providing one iota of evidence and assistance.

Judge Lamberth, 76, rejected the Department of Justice and State Department objections to Judicial Watch’s court-ordered discovery plan. (The court, in ordering a discovery plan last month, ruled that the Clinton email system was “one of the gravest modern offenses to government transparency.”) 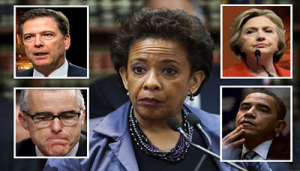 Discovery is scheduled to be completed within 120 days. The court will hold a post-discovery hearing to determine if Judicial Watch may also depose additional witnesses, including Clinton and her former Chief of Staff Cheryl Mills.

Yet Rice’s talking points and State’s understanding of the attack play an unavoidably central role in this case: information about the points’ development and content, as well as their discussion and dissemination before and after Rice’s appearances could reveal unsearched, relevant records; State’s role in the points’ content and development could shed light on Clinton’s motives for shielding her emails from FOIA requesters or on State’s reluctance to search her emails.

Judicial Watch also may serve interrogatories on Monica Hanley, a former staff member in the State Department’s Office of the Secretary, and on Lauren Jiloty, Clinton’s former special assistant.

According to Lamberth’s order, regarding whether Clinton’s private email use while Secretary of State was an intentional attempt to evade FOIA, Judicial Watch may depose: 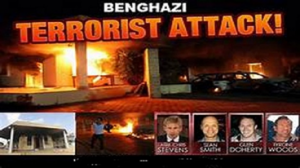 Judicial Watch seeks to go beyond cursory, second-hand testimony and directly ask Finney what he knew about Clinton’s email use. This includes asking about emails suggesting he knew about her private email use in 2014, and emails he received concerning a December 2012 FOIA request from Citizens for Responsible Ethics in Washington (CREW) regarding senior officials’ personal email use-topics State’s 30(b)(6) deposition in Judge Sullivan’s case never addressed. Judicial Watch may depose Finney.

Regarding whether the State Department’s settlement attempts that began in late 2014 amounted to “bad faith,” Judicial Watch was granted depositions from the State Department under Rule 30(b)(6); Finney; John Hackett, the former deputy director of State’s Office of Information Programs & Services; Gene Smilansky, an attorney-advisor within State’s Office of the Legal Advisor; Samuelson; and others.

Judicial Watch was also granted interrogatories on whether the State Department adequately searched for responsive records, as well as several document requests.

The Judicial Watch discovery plan was in response to a December 6, 2018, ruling by Judge Lamberth.

Incredibly, Justice Department attorneys admit in a filing opposing Judicial Watch’s limited discovery that “Counsel for State contacted the counsel of some third parties that Plaintiff originally included in its draft discovery proposal to obtain their client’s position on being deposed.” This collusion occurred despite criticism from the Court that the DOJ engaged in “chicanery” to cover up misconduct and that career employees in the State and Justice Departments may have “colluded to scuttle public scrutiny of Clinton, skirt FOIA, and hoodwink this Court.”

Judicial Watch countered that “[t]he government’s proposal, which is really nothing more than an opposition to [Judicial Watch’s] plan, demonstrates that it continues to reject any impropriety on its part and that it seeks to block any meaningful inquiry into its ‘outrageous misconduct.’”