There’s a well-devised, satanic conspiracy to replace humans with robots. This conspiracy-fact is being played out between government, a specific group of billionaires and the mad scientist assembling this replacement project.  The Universal Basic Income aspect of this conspiracy is the monetary pacifier, the mass domestication, the frog in the pot of gradually boiling water, if you will, to prevent a premature, informed revolt before the actual replacement process.

You may think a mechanical robot like the one in the movie Chappie is cute and it may make you feel all warm and fuzzy.  You may have even acquired a protective instinct for robots, while watching the movie, which I’m sure, is the intended purpose. You may imagine that you’ve fallen in love with your sexbot, or even more abnormal, that it loves you.  You may believe that the economic advantage and proficiency of a robotic workforce is ideal, and if at all possible, you’d never revert to human workers again.  Or, you may think that robots replacing humans is scary.  Whatever you’re thinking today, you can’t begin to imagine what’s coming in the near future.

The general plan is to make a smooth transition from a living world into a mechanical world.  It’s estimated that earth is losing 150 to 200 species every day and the human cellular development is on a decline, starting at birth.  The assault on life on earth is evident. I’ll address this topic in more detail, in a future article. 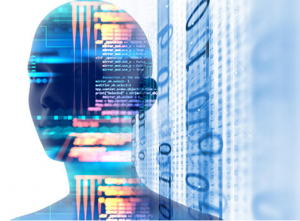 Artificial Intelligence (AI) is a mechanical device that imitates the human aptitude to process knowledge by reasoning, intuition, and perception. It’s called artificial intelligence because it’s an imitation, it’s not natural, it’s a mechanical thing.  But if you combine this with the new Tianhe-2 super computer capable of performing quadrillions of calculations per second, what you have is the ability to instantaneously and simultaneously compute concepts, hypothesizes and laws to the greatest degree instantaneously.

When I talk about computers reaching human levels of intelligence,” says Kurzweil, “I’m not talking about logical intelligence.  It’s being funny, and expressing a loving sentiment…  That is the cutting edge of human intelligence.”

To give you a better grasp of the capacity and advancement of AI development, the Tianhe-2 super-computer understands all languages and the definitions of all words, it contains an encyclopedia on every subject known, holds patents, schematics and designs for every invention. Tianhe-2 possesses 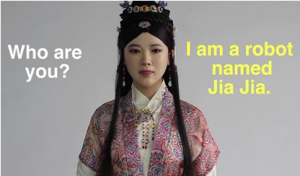 all registered corporations and businesses, a current global positioning system (GPS) to every location on earth, it contains all the books, newspapers, and published papers, and the recorded names, phone numbers, physical and email addresses of every person.  Tianhe-2 also collects news events as they transpire throughout the world, in real time.  It receives every Facebook entry, Google search, all tweets, emails and cloud entries simultaneously as the metadata and traffic analysis is connecting the dots and filing it instantly.  The Tianhe-2’s capabilities are so vast, so quick, it not only has the aptitude to foresee the future, but rearrange it accordingly.

Billionaire and scientific engineer Elon Musk and Bill Gates have debated the threat of Artificial Intelligence, and the inevitable risks on more than one occasion.  Musk said he had invested in AI research because, “I wanted to keep an eye on what’s going on with artificial intelligence.  I think there is a potential dangerous outcome there.”  During another interview he went on to refer to it as “The Terminator.”  And he tweeted, “We need to be super careful with AI, which is potentially more dangerous than nukes.”  At a recent symposium, Musk referred to AI as “an ’existential threat’ to the human race and a ‘demon’ that foolish scientists and technologists are ‘summoning’.”  He then likened the idea of control over such a force to “The delusions of ‘guys with a pentagram and holy water’ who are sure they can control a supernatural force—until it devours them.”   And he joins the call with many other AI engineers to ban killer robots.  “We don’t have long to act,” says Musk, “once this Pandora’s Box is opened, it will be hard to close.” 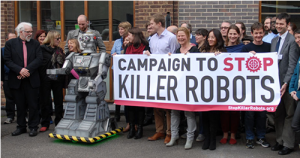 Russian President, Vladimir Putin, an ex-military man and Karate expert says he fears, “Scientists are creating a Universal Soldier-style superman incapable of feeling fear or pain,” and “he can be a genius mathematician, a brilliant musician or a soldier,” and therefore, “humanity is entering the most difficult and responsible period of its existence.  Whoever harnesses the greatest technology will rule the world.”

Stephen Hawkings says artificial intelligence will eventually reach a level where it will essentially be a “new form of life that will outperform humans, and ultimately replace humans altogether.”

Yoshua Bengio, a pioneer in Artificial Intelligence, warns that “AI is a technology that lends itself to a winner take all.  The country and company that dominates the technology will acquire world dominance.”

Professor Stuart Russell, a computer scientist and leading pioneer of the technology on AI, fears “humanity might be driving off a cliff with the rapid development of AI”.

Leading AI scientists, engineers and researchers throughout the world are expressing their fear of turning over life and death decision making powers to artificial intelligence. As I write, the UN is to Host Talks on Use of ‘Killer Robots’ These are decisions that could exterminate not only humanity, but all life forms.

Ray Kurzweil, the futurist, inventor, author and Google’s Director of Engineering is working on a machine learning project.  He claims that by 2029, the human life span will be indefinite.  We’ll be able to live forever by digitizing the information in our brains—thoughts, memory, consciousness—and storing it into a cloud-based computer network, and thus attain immortal, God-like abilities.

“A better way of looking at it,” says Kurzweil, “Is not copying our brains but rather migrating the self to a new physical host like the cloud, which is a pure information technology that’s doubling annually, and is increasingly overtaking our thinking.  Through nanobots being sent into the brain as communicators to the cloud, we will have a neocortex extension in the cloud, reducing our need for a biological body… So when our physical body dies, our consciousness will continue forever.”

At Google, Kurzweil is working on a synthetic neocortex that understands language as people do.  It can read something for meaning, resulting in a hierarchical structure, with the synthetic brain reflecting on the meaning.  Google will be able to scour the web and instantly summarize information and share it with you.

Elon Musk’s company, Neuralink, recently received $27 million to build brain computers by implanting electrodes in the brain to upload and download thoughts into a computer.  Neuralink is also working on forming symbiosis between human minds and machines. 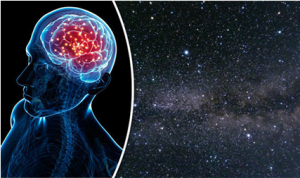 When Kurzweil was asked if God exists: “I would say, not yet.”

Dan Brown says collective consciousness will replace God.  “This will happen through our interconnection with each other; a form of global consciousness will become our divine.  Human brains uploaded to machines to achieve immortality,” according to Brown.

Facebook founder Sean Parker says, because he’s a billionaire, he’s going to have access to better healthcare, so at 160, he’ll be a part of this class of immortal overlords.

In my book, The Master Plan, available at NewsWithViews.com, I say, “The devil has convinced these idiotic geniuses that they can upload their brains into a machine and live forever.”

The Bible tells us that Satan’s only characteristics are to kill, steal and destroy.  He’s the father of lies and he cannot tell the truth.  He despises God and everything He created.  To develop a superhuman artificial Intelligence and embed it within an ironclad robotic device or a cyber-world is satanic.

Only God can create something from nothing.  Satan can’t create anything, he can only exploit what God has created.  Robotic AI is the devil’s imitation of people, a mechanical replica of God’s creation of human life, and his ultimate goal is to replace us, with it.

There are material laws, physical laws, laws of physics, mathematical laws, and there are also spiritual laws, to name a few.  They’re called laws because they’re the solid, immoveable, basic foundations that cannot be changed.  There’s a law to create a molecule, an atom, or a Nanoarchaeum equitan, the smallest component discovered by man today.  There is energy, wind, water and the continuous energy producing sun, which along with numerous other functions empowers life. God devised these solid, basic foundational laws that produce Nanoarchaeum equitans, atoms, molecules, rock, metal, trees, plants, insects, animals, humans and life, in order to accomplish His overall desired objective, the creation in which we live today.

God’s creation of the human body is the most astonishing, intricate, fine-tuned design ever—it’s an entire universe within itself—which happens to exist upon an exclusive planet that produces an environment complete with all the essential elements necessary for perpetuating and preserving life.

The headline of an article reads: The human brain may never be completely understood as it operates in 11 different dimensions, an astonishing new study has revealed.

The human brain is around 3 lbs and 6.5 in long and contains over 100 billion independent and unique neurons that are capable of processing and transmitting enormous amounts of information in communication with not only each other but other cellular organisms in various parts of the body, and it does this instantaneously.  While human beings are admittedly God’s most wonderfully-made creatures made in His image and likeness, they’re but a minute fraction of God’s material, physical and spiritual creation.

It’s an undisputed fact that if the sun was any closer to the earth we’d probably burn or any further we’d probably freeze. We know that the precise position of the moon is what causes essential effects on the earth’s oceans and atmosphere. We know things don’t independently evolve from nothing into something, or that designed perfection cannot assemble itself out of an explosion.  You literally have to remove all logic, intelligence, and sensible thinking from within your cranium to believe this world and everything in it exists by happenstance.  And yet, that’s exactly what most people do on a daily basis every time they gaze upon the wonderment and perfect operational design of God’s brilliant creation.

Next week I’ll conclude Part III of this article that clearly demonstrates why humans are no longer needed.

♦ The New Pet Droid
♦ Killer robots carry out mass murder WITHOUT human orders?
♦ Privacy fears over artificial intelligence as crimestopper
♦ Algorithms With Minds of Their Own