“The brutal reality is that only a ground swell of national rural outrage will reverse the course of socialism and environmental extremism in America and return us to a Constitutional Republic.  Farmers, ranchers and rural landowners could very well be the catalyst to incite that outrage, because the land is their power, if they will only use that power before they lose it ….. forever.” —Ron Ewart

Only about 2.7% of the total colonial population engaged in battle against the British.  Those 2.7% of 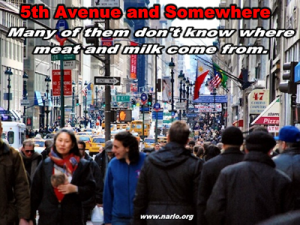 the total population won freedom for the other 97.3%.  Approximately 8,000 colonial fighting men gave their lives for freedom.  Another 17,000 Americans died of disease during the war and around 25,000 men were wounded or maimed.  The remaining 2,800,000 colonial inhabitants were set free from British rule by the extreme sacrifice of 80,000 patriots.  How many patriots must sacrifice their lives to set 320,000,000 Americans free from the aristocratic, dictatorial rule of America’s Establishment Class, high paid lobbyists and the big city Democrat vote?  Which Americans will engage in the battle to “secure our unalienable rights, where once again, governments are instituted among Men, deriving their just powers from the consent of the governed?” (Provided the “governed” know what freedom is and are willing to defend it.)

Thomas Jefferson wrote the Declaration of Independence.  Many of his later quotes were prophetic in nature.  Not because he could foretell the future, but because he could read the past very well.  It seems that man is doomed to continuously repeat history, with pretty much the same results each time.  Man is done in by his own habitual nature and the lack of sufficient long-term memory.  He forgets easily.  So much of what has happened to America today, was predicted very early on in its history, largely because of man’s “herd” instinct.  Someone whistles and the herd comes a runnin‘, like Lemmings over a cliff.

And so it was when the industrial revolution and assembly-line manufacturing came along.  Early America was predominantly an agricultural nation, in the years leading up to the industrial revolution.  An agricultural existence was subsistence on its raw edges for small farms all across the land.  Thus, with the promise of steady wages in manufacturing and out of the weather, the people came off the farms in droves and swept into the ever-growing cities for a better life, or so they thought.

Manufacturers built factories in large cities because of being able to access cheap labor.  In the early days of the industrial revolution, the employers egregiously exploited that labor.  From that exploitation came the unions and the adversarial relationship between employer and employee was born on a grand scale.  Both employers and employees became powerful.  Each used the government, local, state or federal, to gain the upper hand and the upper hand shifted back and forth on the winds of politics.

Big city governments got into the act in a big way, to answer the dependency of the big-city residents.  They had to keep the rising poor from rioting, so they increased welfare handouts to the poor and un-employed.  Big-city budgets started to rapidly balloon in the social sector.  Police, fire and other essential government duties started to take a back seat to social promises.  With the social burden came government employees to administer to that burden.  With higher densities came more laws and with more laws came more enforcement and with more enforcement came more government employees.  Government employees organized unions and started demanding greater wages and better benefits.  With higher wages and better benefits, city tax revenue was burdened even more.  Taxes were raised on everyone else to pay for the social welfare, higher government wages and better benefits.  Government and unions got even stronger.  Now we have dependent, dumbed-down poor and chronically un-employed, fully institutionalized in our big cities and a heavy, ever-growing tax burden to fund it all.

Unfortunately, all the farmer could see when he left the farm in the hopes of a more rewarding life, was a job that lasted in perpetuity.  Oh, but the jobs didn’t last forever, did they?  In the fluid market place, fortunes were made and lost on the whim of the consumer, or a new invention.  Overnight, manufacturing plants closed down when their product or products would no longer sell, or they invested too heavily into expansion by taking on more debt and the debt forced them into bankruptcy because income from the new market didn’t amortize the debt.  New inventions could wipe out an existing product, virtually in a heartbeat.  Thousands joined the ranks of the un-employed and thus dependent on government.  Today the Internet and on-line shopping are tormenting the brick and mortar stores and jobs are shifting, or are being created and lost.

But what happened to the employee when his manufacturing plant closed down?  He had to look for another job, along with the other people who were out of a job, in order to pay for his costs of living in the big city.  Competition to find new jobs was fierce.  And the costs to live in the big city could be relatively high, as compared to the sparse life on the farm.  However, on the farm, they could grow things and at least eat.  In the big city, the un-employed employee had no other choice but to turn to the government or charitable organizations for help.  Thus, government welfare, slums and the infamous skid row were born.  Thus trapped, the big city resident now became hopelessly dependent on government.  He could no longer be self-sufficient, if there was no job to be had.   To reduce his living costs he was forced to live in crowded conditions (slums) he would have never considered when living on the farm.

The story doesn’t end there.  In steps the government again, mostly Democrats, with more socially-driven policies that destroyed American jobs and made people more dependent on government.  In order to be “fair” to the poorer nations, the Federal Government passed the North American Free Trade Agreement (NAFTA) and the Canadian Free Trade Agreement (CAFTA) and tens of thousands of manufacturing jobs went off shore.  American factories were idled and decaying.  We were no longer a net producer and manufacturer of goods, we instead became a net consumer of goods.  Slum living and welfare rose accordingly, into the trillions of taxpayer dollars, over several decades.  Even with Johnson’s War on Poverty, poverty became institutionalized because of the dependency of big-city residents.  During the Obama Administration over 47 million people subsisted on food stamps.  That number has been reduced under the Trump Administration.

Oh, but there is more to this story that will only make the saga of failing big cities even worse.  The environmental movement raised its ugly head and has instituted a policy into government urban planning to drive more and more people into big cities in order to “protect” the rural environment.  But is protection of the environment the only reason that government wants to force more people into big cities?  Hardly!  Anyone, with even the slightest knowledge of human behavior, will tell you that people in high-dense urban settings are much easier to control than those independent, self-reliant patriots who inhabit the rural lands.

Big cities control the enforcement of laws with an armed police force and further control the land (planning), transportation, the water and the energy.  The big-city resident is totally dependent on the big-city government to provide and plan for these keepers of the peace and the absolute necessities of life.  Rural residents, on the other hand, can grow their own food, provide their own water and live with or without energy.  Rural folk think and act as independent, self-reliant individuals, in contrast to those that live in big cities.

For reasons we have just mentioned, urban voters swing predominantly towards the Democratic Party.  However, rural voters are moving even farther towards the Republican Party.  Urban voters mostly believe that the Constitution is a fluid document and can be manipulated to “fit” emerging or fluctuating social urban norms.  Rural voters believe that the Constitution is the Supreme Law of the Land and is to be interpreted as the Framers intended in order to preserve the freedom that so many sacrificed their lives.

Several Democrat states are now moving to dismantle the Electoral College by a state-by-state compact in order to convert America into a true Democracy where the majority (mob) rules, thereby giving the urban areas of America an unbeatable majority.   (See: Royalty, Dynasties, the Elite, the Deep State and Central Bankers“)

So it is clear to this author that only those people that occupy the rural areas of America are best suited, in mind and spirit, to save America from becoming just another banana republic.  Rural landowners still believe in limited government, less taxes, less regulation ….. and more freedom.  They believe in creating, improvising, and innovating.  They believe in independence, self-reliance and individual freedom.  And rural landowners are usually well armed.

It took only about 2.7% of the population to give birth to freedom during the Revolutionary War.  There are more than enough folks in contemporary rural America (19%) to convince the urban areas that the path the urban occupants are taking is the wrong path if freedom is to be preserved.  If rural occupants are to be successful in this endeavor, they are going to have to provide a powerful idea and historical context on a large, nationwide scale.  To that end our organization (NARLO) has created an “Empowerment Package” that comes separately, or with each membership.  Our “Empowerment Package” provides the powerful idea and the historical context needed for rural landowners to convey that message.  The information is great for home schoolers and others, urban and rural alike, who grow tired of the socialist swill that public schools hand out, passing as education.

We know that there is a minority of urban dwellers that believe as most rural Americans believe.  This article is directed to each of them as well.

Nevertheless, most urban dwellers will not preserve American freedom.  They will only destroy it.  “Only a ground swell of national rural outrage will reverse the course of socialism and environmental extremism in America and return us to a Constitutional Republic, because the land is their power, if they will only use that power before they lose it ….. forever.”

Some say we are barking up a tree with no branches.  What do you SAY?