US And Iran: Natural Allies

Four decades of the Islamic Republic of Iran (IRI) has not only failed to achieve the security and well-being of its people, it has ensnared the nation in a stifling theocracy where the rights of the governed are routinely violated for the benefit of the governing.

In 1979, the U.S. Government, notably, Jimmy Carter  and his European allies decided it was time for the Shah of Iran to go. Meaning, leave Iran for good and hand over the country to an unknown Islamist character by the name of Ayatollah Khomeini. That was an unpardonable act by Western governments. The Western nations, especially, the US, had no idea of the consequences that would follow. Nonetheless, they forced a great ally and friend, the Shah of Iran, to leave his beloved country. What ensued after his departure was the installation of the most oppressive theocratic Islamic system known in the history of mankind. It also renewed an era of Islamic terrorism and the revival of its never-ending passion for world Islamic domination.

On November 4, 1979, it resulted in Islamists storming the United States Embassy in Tehran and take approximately seventy Americans captive. This terrorist act provoked one of the most tragic policies of Carter’s presidency. It was the start of a long ordeal for Jimmy Carter and the American people that lasted 444 days. 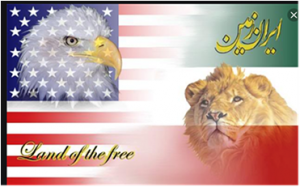 This tragedy never had to happen. It was purely a miscalculation on Jimmy Carter’s administration. Ronald Reagan said it best in this video.

On April 1980, President Carter broke diplomatic relations with Iran and ordered Iranian diplomats and officials to leave the US. It also created a state of perpetual deadlock between the U.S. and Iran.

The estrangement between Iran and the US is one of the great tragedies of Middle Eastern history. Iran and the US are natural allies. America has no strategic interests that conflict with Iran’s and the two nations share several enemies (if only the American State Department could wean itself from its strange, self-defeating fascination with the House of Saud and its willful blindness regarding Pakistan). America’s role in toppling the Shah and its unwillingness to assist Iran’s Green Revolution were regrettable failures of diplomatic skill and strategic vision.

Iran has been under the rule of Sharia law since 1979. To their credit, the Iranian people have attempted on numerous occasions to end the rule of the Mullahs, but each time they were faced with the ruthless Islamic regime and the backing of Western powers. In the Green Revolution, many of them were massacred while the world watched and did nothing.

It is time for the US to change its policy and ditch the Arabs and join the Persian team. The Trump administration must make every effort to engage the Iranian people to free themselves at the hands of the butcher of Allah.

We all know that the Arabs cannot escape from the slaveholder, Islam. It is tied up with their identity. Only Iranians, with their long history as a non-Arab people with a non-Islamic religion, offer a real prospect of throwing off the yoke of Islam and create a chance for peace and prosperity in the region.

But, how do we start? Or, more accurately, how do the Iranians start in such a way that their movement influences American policies? Let us not forget that other than the Israelis, Iran forms the only real state and national culture in the Middle East. But, admiration and good wishes only go so far in this dangerous world. The accumulated mistakes of two generations of Americans and Iranians are now building to a flash-point. America’s policy choices are narrowing. The need to deal with the nuclear ambitions of the Mullahs is real and pressing. Let us hope the heirs of Cyrus the Great find some way to give both Iran and America a little more room before we go to war.

We need to be reminded again that for the past forty years, the Iranian people have been kept hostage in their own county by a group of non-Iranians who despise everything Persian and have been slowly purging the remnant of pre-Islamic Persia as well as Persian textbooks. These pro-Arab invaders are not Iranians by any means.

I am confident that many Americans recognize that young Iranians do not buy into the murderous philosophy of Islam and the Quran. But, there will be collateral damage if they do not overthrow the Mullahs who are currently rule Iran. We should support these freedom loving Iranians both overtly and covertly because they may be the difference between a free Iran who would join the rest of the world or a devastated country with these young people killed and wounded in a terrible war that they don’t want and don’t care about.

The time for regime change is overdue. Many Iranians refuse to obey and be intimidated by the Islamic regime. With a little help, here and little help there, these brave people can be transformed overnight from seemingly subdued and helpless sheep into mighty lions.

“Opportunities are like sunrises. If you wait too long, you miss them.” Said William Arthur Ward–we need to recognize and seize the moment with every chance we got. The Iranian people have made up their minds. We should too before it is too late.