US Marxists Working To Destroy Christian Churches In America

It didn’t take very long for the Democratic Party and the majority of their news-outlet water carriers to go ballistic over President Donald Trump selection of Judge Brett Kavanaugh as the nominee to take Associate Justice Anthony Kennedy’s seat on the U.S. Supreme Court. In fact, it didn’t matter to the leftist politicians, activists and propagandists who was selected. The fact that Trump’s selections are pro-life since they are Christians or Catholics is enough for these leftist outliers to question their qualifications as honest jurists.

This anti-Christian tactic to stop a follower of Jesus Christ flies in the face of logic since these same leftists wouldn’t dare use the religion of someone practicing Islam or Hinduism religions.

According to intelligence analyst Dr. Lyle Rapacki, throughout human history, whenever a tyrant or demonic political or philosophical movement occurred, one area of focus by the sinister forces was the church and the family. 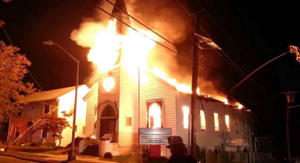 influence and goodness flowing from these two critical societal cornerstones. And that strategy has succeeded in causing a community to be torn and scattered, allowing the forces of darkness for whatever cause their banners flew, to high step in and take over.

“America is at such a crossroads today!” exclaimed Rapacki, the founder and owner of Sentinel Intelligence Service, LLC.  Rapacki warns Americans that humanism, socialism, a neutered and politically correct gospel, and even worse, now emanates from many pulpits across America.

Marxism and Christianity are not compatible; never have been, never will be.  This is perfectly fine for those who have already crossed over and adopted Marx’s world view.

But I am soberly reminded what the famous French statesman, social philosopher, and observer of 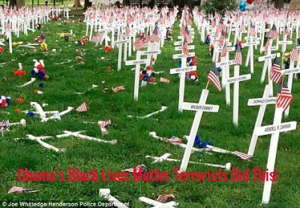 the American Revolution, Alexis de Tocqueville (1805–59), publicly stated:  “I sought for the key to the greatness and genius of America in her harbors…in her fertile fields and boundless forests; in her rich mines and vast world commerce; in her public school system and institutions of learning.  I sought for it in her democratic Congress and in her matchless Constitution.  Not until I went into the churches of America and heard her pulpits flame with righteousness did I understand the secret of her genius and power.  America is great because America is good, and if America ever ceases to be good, America will cease to be great.”

A vast number of people holding elected offices and other positions of trust, past and present, no longer wish America to be great. If America is viewed by a majority of citizens as being great, the politicians in power will soon appear to be what they truly are: Anti-American opportunists.

“In this regard these politicians are also working to make America less good.  The fact that many pulpits are silent to this reality is evidence of the spiritual assaults taking place to remove the Judeo-Christian influence our Founding Fathers, and many who followed, understood to be a key to America being exceptional; not perfect, not without fault, but exceptional in comparison to all other nations except Israel whose foundational principles are similar,” said Rapacki.

Dr. Rapacki warns the American people that the assault on family and church are well underway in America.  To bring disarray to these two hallowed institutions brings disarray to our society eventually crippling then imploding the United States of America onto herself.

“No longer will America be able to stand in the gap between good and evil for those across the globe who cannot on their own defeat the forces of tyranny; so America will merely collapse into a New-World Order, and cease to be great nor good.   This process is well underway,” said Rapacki.