Want to “Throw the Bums Out”??

Then, Don’t Replace them with more Bums!
There ARE good guys out there.

Why does America keep electing the same dysfunctional representatives year after year, term after term?  Now more than ever, a majority of voters are ready to turn over the entire House and Senate in Washington, DC.  Over 75% of voters agree that it is time to change the guard, to get rid of the scum that covers the DC swamp, to bring in some new people who will get us back to the Constitution.  Clean House!  And Senate.  We are desperate for honesty and integrity, and responsiveness to the electorate.  It is my contention that those candidates who can help to redirect and heal America, DO exist, around this country, but that they are buried in process and systemic grid lock.  A few may be in Congress today but are “backbenched” by the cabal.  The others, who are the subject of 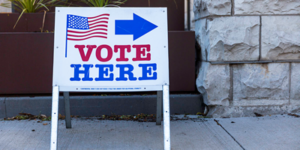 this article, are out there shaking hands, giving speeches, getting home for a few hours’ rest, only start over again.  They are trying to be what America – yes, ALL of America – needs.  First, however, these candidates need our help because their local parties seem to invest in the “bright shiny object” types, rather than true strong Constitutional Conservatives.

It is common “wisdom” that the voters will chose a name they already know over a newcomer, unless lots of money is spent on promoting someone unfamiliar to the public.  It has happened repeatedly, with candidates for district attorneys and judgeships, whose campaign coffers were filled by dark money from Soros’ organizations.  They bought enough TV time  to familiarize the voters with their names, and they were elected. If you think about the results of those current office holders whose names are already known, then  you will understand why we MUST change this pattern, and do it NOW, this election cycle.  The judiciary is now legislating instead of enforcing laws made by the legislators.  The legislators are tightly wrapped around the money pots and see green (both the fake environmentalists, AND the dollars) before they see us.  We the American people cannot waste another election fighting the good old boy’s network instead of the real enemies of our country.  America cannot stand the harsh results of trying to live on lethal swamp gas any longer.  To reelect the bums – OR their party’s chosen substitutes – is suicide for American citizens, and sure demise for our treasured Republic and the freedoms is provides.  Let’s get with some REAL wisdom.

Securing our ballots must be the first step, of course, but that alone is insufficient to bring about the change we need in our government today.  If we cannot elect true patriots, rock solid honest people who have real support for our Republic, to take the places of the current Congress critters, we might as well not bother to vote.  My stomach turns to have to even say that, but it’s true.  Those in Washington today are NOT the solution; they are the problem, and we need to send them away.

How do we reverse this?  How to we reclaim the people’s government for the people?  We must locate and support pro- American candidates, not just in our own, but in OTHER STATES as well.  A Pelosi or a Schumer or a Feinstein doesn’t just affect you if you live in California or NY.  We have become so accustomed to thinking of our “own” representatives for whom we vote, that we forget about the damage done by radical anti-Americans in all states.  Thus, it is our duty to support the good guys no matter where they live.  It’s easier to do than you might imagine, and I’ll tell you how in a moment.

For this article, I interviewed six current and former candidates who have experienced this frustration that is so costly to the soul and the wallet, and asked they why they thought it happens.  I also picked the brain of a state party chair to understand this from the establishment viewpoint, and ask what they thought they might do to help.  The candidates with whom I spoke are from Virginia, Tennessee, and Mississippi, and were chosen because they represent what we need.  I am also listing websites of those with whom I was unable to talk, but who were recommended by trusted associates who know them well.  These are not the only ones, for  sure, but they serve as great examples of what America needs in DC.  The websites of those running this year are listed at the close of this article, so that you  may see who they are and what they have to offer.

Each present or former candidate spoke of the need to define themselves as Constitutional Conservatives rather than “Republican”.  As we are all learning, there can be a HUGE difference.   These American candidates believe in our founding principles, and vow to work to return them to our daily life.  This is THE major divide in our political world today. Voters today have only a choice between the Constitution or communism, not “R” or “D”.  Party labels have been rendered meaningless by the packs of swamp creatures swimming together.  The  men and women who need our support in their races for office, support our Constitution and its body of law.  Period.  If we do not choose wisely, we will lose the right to ever choose again.  The November, 2022, election may be our last, if we allow the wrong people to populate our government and/or allow another election to be stolen. If I could find a thousand more ways to say it, I would.  It’s that important to our future as a free country.

Not coincidentally, most of the attractive candidates are former military who put their commitment to their country on the line and backed it with their lives.  Each reminded me that they take that oath for life.  All with whom I spoke felt that this military association actually played against them with party regulars who are far more comfortable dealing with malleable rather than committed souls.  Let THAT sink in.  Those who have taken the oath to protect and defend, and have offered up their lives to prove it are almost scary to those who slither through the shifting sands of “morality” – situational ethics as it were –  in our nation’s capitol today.  As I looked over the list of those around the country who are offering fresh faces and approaches, regardless of their ages,  are most ALL former military, eager to take up that pledge again.

Next, they spoke of the difficulty of getting “out there”, with media coverage.  Somehow even the conservative media outlets take the lead of the local party bosses, and close their platforms to all but the “chosen” candidates.  One candidate spoke of the inaccurate and slanted media coverage he’d received, because reporters didn’t bother to listen.  He wasn’t considered “important enough” I guess.  Also, voters tend to mark ballots for candidates they’ve “heard of”, so instead of learning about ALL  who are running for an office, they just pick the most familiar name.  In today’s world, the “familiar names” are the ones that may be in the news for all the wrong things, but they will get thousands of votes from the uninformed voters who mark ballots for no other reason than name familiarity.  When last did you see in-depth and repeated  coverage for a good Constitutional Conservative working for his constituents?  You don’t, and that omission can be laid squarely at the feet of all media.  The most formidable power of the media is the power to omit.

One candidate still works in the medical profession.  You can only imagine what he has to say about the pandemic.

Money, though,  is really the sine qua non of waging a successful campaign.  It goes to media exposure, messaging, obtaining donor lists, and campaign organizational strategies from the professionals, as well as to everyday expenses like travel and appearances, and events.  NO one – except perhaps a truck driver in NJ – can win with no money.  Hats off to Ed Durr, who had never been a candidate before, for this feat!

The state party chair to whom I spoke says that they recognize this need for aid and exposure,  and are planning on restructuring their organization to include in-house help for officially declared candidates, which would include the the sponsorship of structured public forums to give exposure to all primary candidates and their ideas. Sounds good, if it happens in time.  If not, it won’t matter.

It is easy to reach out and help candidates in other states than your own.  The websites listed below direct you to candidates running in 2022.  Go to their websites and read the information.  If you like what you see, contact them and see what they could use most.  Often, of course, the answer will be, money.  But donations are far from the only thing you can do to help.  You can also post support on social media, even create a page for out-of-state supporters.  Share with your friends what you believe is good about them and how you believe they will help the country.  Write letters to editors of publications asking others to get involved with them. Start out-of-state fan clubs and hold “friendraisers”.

These, and other underexposed candidates are hidden treasure in the agenda to save America, and they will make a huge difference when elected to govern.  Do some research on your own.  Go to https://www.ballotopedia.org.  It is an excellent site for nationwide election information.  Learn who is running in the primaries this year, for the US House and Senate.  Read their websites.  Donate to them if you agree with what you see.  Contact them to give more help if you want/can.

Here are the candidates with whom I had contact, who are currently running, in alphabetical order:

America has gone from super power to laughingstock.  We can’t wait one more election cycle to get a real grip on the situation.  WE are going to have to BE THE CHANGE.  The same old “pol’s” with the same ol’ pals have nearly destroyed us, and only WE can put a stop to it.  I submit that, if we are lucky enough to be able to vote in secure elections in Nov., 2022, we must choose new leaders, who are not owing to anyone but their electorate.

[BIO: Kat Stansell is the Grassroots Outreach Director for the American Policy Center. A native of Cincinnati Ohio, and graduate of Denison University, Kat served the Village of Mettawa, IL, as treasurer and chair of the Planning Commission, where she got a good look at the process of civic vs. corporate interaction. She has been a local activist, working for several candidates and organizations. She has also written for newspapers and websites, and organized events highlighting issues of the day.]