What Impacts the Price of Gas?

In the swampy cesspool of politics, mass propaganda and the blame game are fundamental weapons of the most corrupt trade on earth. No political figure ever wants to take responsibility for what they did wrong, but every politician is quick to take credit for things that in most cases, they had nothing to do with. 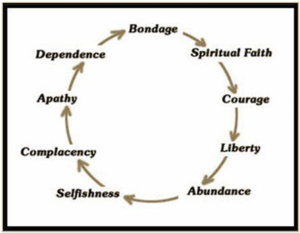 On October 5, 2020, the average price of a gallon of gas in the USA was $2.18just ahead of the 2020 elections. The national gas price average was at the cheapest for the month of since 2016, when Donald Trump was elected President. That average was nearly 50 cents cheaper than in 2015. These are simply recorded facts. We’ll decide what to make of these facts at the end of this report.

Prior to 2021 and the Biden Administration, the highest gas price in history was in 2012 under Obama, at $3.64 per gallon of regular at the pump. Today, this price just hit a new all-time average high at $4.54 a gallon, with prices as high as $8.00 per gallon in several democrat controlled states, California being the worst, of course.

So, distribution of the product at 8%, the companies that make sure there is gas at your local filling station, is the least profitable with the smallest impact on prices at the pump. Taxes are almost double the distribution costs at 13%, followed by refining at 14%.

But clearly, the single biggest factor affecting the price of gas at the pump is the price of crude oil at a whopping 65% of every dollar spent at the pump. To make sure you understand these numbers, for each dollar you spend at the pump, on average, it looks like this in dollars instead of percentages…(if the gas price was $1.00 per gallon)

In contrast, when Trump took office in 2017, that average cost of crude was $50.80 a barrel. By the end of Trump’s first term, the crude price was down to $39.68 a barrel, and America was 100% energy independent for the first time in decades.

Now, since January 20, 2021, and the beginning of the alleged Biden administration, the price of crude has skyrocketed from Trump’s $39.68 a barrel to $98.00 per barrel, projected by Biden to reach more than $103.01 per barrel in 2022,which does not yet consider any adjustment for what’s currently happening in Russia and Ukraine! International crude producers are projecting crude will reach more than $200 a barrel before end of year 2022.

As of today, this is a record increase in crude prices of 131.6% in just the first 12-months of the Biden administration, before any impact from the Russia-Ukraine conflict. During the same time frame, the price of a gallon of gas at the pump has already increased 108.3%, and they are just getting started.

Allow me to bring this into bright focus…

FOUR COST SECTORS at $4.54 per gallon

Only two things have changed impacting gas prices since January 20, 2021… a) Biden is president now instead of Trump, when gas was much more affordable, and the USA was 100% energy independent. b) Biden’s energy policies are 180-degrees opposite those of Donald Trump.

Before Joe Biden went to bed on the evening of his inauguration, 1/20/21, he signed no less than fifteen “Green New Deal” Executive Orders essentially reversing all of Trump’s policies that brought the cost of crude down to $39.68 a barrel and gas prices at the pump down to $2.18 a gallon.

Between January 2021 and October 2021, crude prices more than doubled from $39 a barrel to $90 a barrel. As a direct result, gas prices skyrocketed from $2.18 per gallon before Biden took office, to break over $3.00 a gallon by May 2021 and is now, $4.54 a gallon just one year after Biden changed the USA energy policies by way of Executive Orders.

Making matters much worse soon, Biden foreign policies responsible for the war in Ukraine and his suicidal sanctions against Russian oil, which he made the USA dependent upon again in January of 2021, will shorten supply even more, which will drive gas prices up even higher. Soon, truckers may not be able to afford the fuel in their trucks to deliver the fuel to your fueling stations. Citizens won’t be able to afford to put gas in their tanks in order to get to work.

All of your home heating fuel and food costs are skyrocketing too, all as a result of crude prices and intentional supply chain shortages also cause by the Biden administration.

Vladimir Putin has nothing to do with the current prices at the pump. Joe Biden and his Green New Deal is 100% responsible for what you are paying at the pump today, and what it will cost you tomorrow. Follow crude prices and they will track entirely to what you pay at the pump. To bring gas prices down, we have no choice but to bring crude prices down, which will require Biden to reinstate Trump energy policies. There is no other fix!

The only question remaining is, what are we going to do about it? Where are we in the cycle below?