What’s With All the Male Facial Hair?

Kissing a man with a beard is a lot like going to a picnic. You don’t mind going through a little bush to get there! —Minnie Pearl

I will never shave off my beard and moustache. I did once, for charity, but my wife said, ‘Good grief, how awful, you look like an American car with all the chrome removed. —Rolf Harris (Australian entertainer)

Return to your friends and tell them that we came here with no peaceful intent, but ready for battle, and determined to avenge our own wrongs and set our country free. Let your masters come and attack us: we are ready to meet them beard to beard. —William Wallace

Ahh, William Wallace and that magnificent cry of “Freedom!” Oh, that those with facial hair today were as valiant and covetous of freedom…liberty…free speech…love of country, and patriotism for our flag and national anthem.  Yes well, the reason I write this rather off theme article is because the growth of facial hair has reached the extreme.  And I’m sick of it.  If you have a pretty face, why cover it with hair?  (Some need covering.) 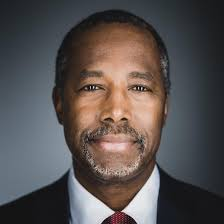 As a woman raised in the 60s and not near as uptight as many believe…I am appalled at the lack of individualism with two-day growth and full beards…every man seems to be on the bandwagon.  Where is individualism? And yes, I was a Playboy Bunny in the late sixties and yet, I don’t believe in women in the pulpit or women running countries. Only two women have exceeded expectations in leading their countries…Maggie Thatcher and Golda Meir.  So, yell at me for being behind the times as far as dames go, but I’ll stick with God’s Word every time.

As for the facial hair, our president is as clean shaven as they come…he hasn’t any facial hair and I love seeing that beautiful face day in and day out.  Only Ben Carson sports a goatee and he could eliminate it easily as he has a handsome face that has no need of facial hair as a covering.  But it looks great on him with a touch of grey and he’s been like that before it became vogue to grow a beard.  Yet, he doesn’t need facial hair, clean shaven he’s gorgeous! 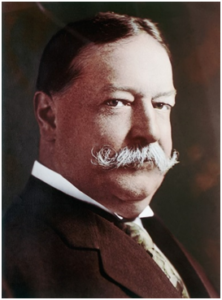 The last time facial hair graced the face of a US president was March 4, 1913. This was the day Republican William Howard Taft and his voluminous mustache we replaced by the clean-shaven regressive Democrat Woodrow Wilson in the nation’s highest office. (Remember Wilson is the one who in 1913 gave us the unconstitutional federal income tax and the unconstitutional Federal Reserve which isn’t at all federal.) In this instance, the clean-shavenPresidentwas far more dangerous to the Republicthan the former who, nine years later, was appointed Chief Justice of the Supreme Court by President Warren Harding.

The American Mustache Institute suggests March 4th be known as ”Taft Day” in remembrance.  What a sad day the election of that traitorous Wilson must have been.  Maybe beards are better!  Nah!

The mainstream media excoriates Trump for being a few pounds overweight, but have they ever taken a look at President Taft…oh boy, he loved fine dining.

Yuk…that two-day growth, which started several years back, doesn’t even look good on male models.  I remember when women wouldn’t kiss a man with a two-day growth because that beard could scratch our faces.

Now everyone seems to be sporting a full-grown beard.  Donald Trump Jr. is dark haired and his beard actually makes him look like a Muslim.  His brother Eric is blond and his beard looks weak and tired.  These two handsome men are covering two gorgeous faces…all because beards are the rage!  Individualism has been lost!

Senator Ted Cruz now has a beard and looks to me as though he’s covering a double chin; get rid of it, Ted!  Tom Holman, former Acting

Director of Immigration and Customs Enforcement (ICE) recently appeared on Elizabeth MacDonald’s program on Fox and there he was with a new beard!  It doesn’t look good!

Of course, there are plenty of democrats who have grown beards. One of the worst is Congressman Al Green of Texas. But then Robert Francis (Beto) O’Rourke also looks pretty scruffy with his beard…but the guy who takes the cake for an ugly beard is Twitter founder Jack Dorsey.  Between the beard and his nose ring, he looks like a drugged-out street bum, but then I guess he can look anyway he wishes when he’s worth $9.5 billion.

Personally, I don’t care how stupid these leftists look, with or without a beard, there is definitely something missing in their psyche.  But Republicans need to take a look in the mirror and stop following the crowd.  Growing a beard doesn’t make any man more manly.  Those who look great with beards truly are rare.

When I married my sweetheart 36 years ago, beards weren’t the fashion, but his was neat and trimmed, and when it started going grey, it went bye-bye.  He wasn’t covering up anything, there was a beautiful face underneath!

So, gentlemen, stop following the crowd…and look in the mirror, not every man who sports a beard is attractive.