When The Media Lies, The Constitution Dies!

“When the public’s right to know is threatened, and when the rights of free speech and free press are at risk, all of the other liberties we hold dear are endangered.”  —Christopher Dodd, contemporary Democrat politician, lobbyist and lawyer

Well before the signing of the Declaration of Independence and the U. S. Constitution, colonial newspapers of the new world were known for not offending the British-controlled colonies.  They basically reported the news and events in Europe and the Colonies, very respective of British authority.  But England became too oppressive and that oppression led to the American Revolution.

Newspapers of the day carried the rallying cry for freedom.  After Americans successfully divorced themselves from British rule, newspapers began reporting the activities of the new United States government and the men in charge of creating the U. S. Constitution.  Nevertheless, differences of opinion were just as prevalent as they are today.  Not everyone agreed about what was to go into the new Constitution.  During the debate between the Federalists and the Anti-Federalists over whether a Bill of Rights, and more specifically the First Amendment, was to become a part of the Constitution, colonial newspapers helped to bring public awareness to the debate.  Alexander Hamilton’s Federalist Papers went even further to spread the intent behind the Framers in crafting the Constitution. 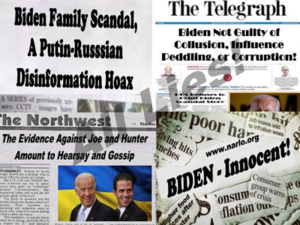 The Freeman’s Journal of Philadelphia published the following opinion about the Bill of Rights and freedom of the press:

“As long as the liberty of the press continues un-violated, and the people have the right of expressing and publishing their sentiments upon every public measure, it is next to impossible to enslave a free nation.  Men of an aspiring and tyrannical disposition, sensible of this truth, have ever been inimical to the press, and have considered the shackling of it, as the first step towards the accomplishment of their hateful domination, and the entire suppression of all liberty of public discussion, as necessary to its support.  For even a standing army, that grand engine of oppression, if it were as numerous as the abilities of any nation could maintain, would not be equal to the purposes of despotism over an enlightened people.  An abolition of that grand palladium of freedom, the liberty of the press, in the proposed plan of government, and the conduct of its authors, and patrons, is a striking exemplification of these observations.”

Thomas Jefferson wrote at the time:

“The basis of our governments being the opinion of the people, the very first object should be to keep that right; and were it left to me to decide whether we should have a government without newspapers or newspapers without a government, I should not hesitate a moment to prefer the latter.  But I should mean that every man should receive those papers and be capable of reading them.”

Unfortunately, Jefferson’s quote, to have any meaning or substance, requires that the press be truly free, objective and honest and the public be informed on the issues.  Today’s press however, has moved dramatically away from these attributes and instead has become the propaganda arm of the socialist Democratic Party.

If you are a journalist reading this article, you should look in the mirror and see real shame all over your face.  Most of you have become a traitor to freedom!

The press in all forms (and social media) didn’t become socialist Democrat propagandists by accident.  It has been a centuries-long effort, dating back to the early 1900’s, to brainwash an entire culture in the flawed, anti-American ideology of Progressivism.  All that was necessary to complete the transformation was to infiltrate socialist policies (and later added, environmental, one-world policies) into the public school system and then into academia.  Generation after generation of America’s school children have been immersed in socialist swill until the body politic has become socialists in their thinking, socialists in their actions and socialists in their politics.

The products of this purposeful indoctrination became journalists, educators, teachers, professors, union workers, politicians, bureaucrats, lawyers, psychologists, psychiatrists, engineers, code writers, technicians and even housewives, until one day, there was ONLY ONE frame of thought ……. Progressivism.   Those graduates of the public schools and colleges eventually occupied the halls of the now all-powerful Social Media.  All other thoughts, ideas and policies that did not agree with the ONE frame of thought, were demeaned, maligned, squelched and rendered irrelevant, or silenced by censorship, or sometimes threatened by violence, or violence itself.

What is the purpose of news?  Any reasonable person would say that it is to find out what is happening of importance locally in their city, county, or state, what is happening nationally in their own country and what is happening globally.  That information, if presented objectively, would give a person a well-rounded overview of the total world in which he or she lives.  But that’s not what they get.  What we get is “America Through A Distorted Window.”

What is the purpose of the news media?  Once again, any reasonable person would say that the news media should report the “news” accurately and with as little bias as possible, except for one little nagging characteristic, humans are, by their very nature, biased.  The reporter who reports the news, the journalist who investigates the news, the historian that writes history books about the news and the reader that reads the news, are inherently biased.  The question is, does the amount of bias change the truth?

Then you have to ask, “what is the news?”  The “news” is whatever a flawed and biased human being in the news media, who has the responsibility of reporting the “news”, decides what should be reported.  Since the reader, listener, or watcher of the “news” has no interaction with the news media on what is to be reported, he or she is a hapless victim of the inherent bias in the “news” that is reported and he or she must filter out the bias as best as each can, even though the reader is also biased.  Sadly, each reader, listener and watcher of the news, sees the news through a heavily distorted lens of his or her own making.  Too many times that distorted lens is either a “D” or an “R.”

Can the news media be bought?  To the concerns that the Founding Fathers had about the news media being hijacked by the powerful and the wealthy, Forbes Magazine reported in June of 2016 that 15 billionaires own most of the American news outlets, from the major networks ABC, NBC and CBS, to the cable networks like FOX, MSNBC and CNN.  Michael Bloomberg, Rupert Murdock and George Soros are just three of those 15 billionaires.  Bloomberg LP has over 2,000 correspondents around the world collecting the “news”.  Who controls the final editing of all the news that is being reported by those 2,000 correspondents when Michael Bloomberg has a huge financial interest in the success or failure of the outlets he owns?  What is the bias of the correspondents and the editors and how does that bias influence what is being reported?

Besides the financial interests of the billionaires that own the news outlets, a fatal disease has infected journalism throughout the entire industry.  Journalists now want to change the world with their power, in other words “make” the news, instead of reporting the news accurately.

Besides the inherent bias, now predominantly liberal, the success or failure of the news media is driven by five factors: advertising revenues, paid subscriptions, ratings, the 24-hour news cycle and the impact of the internet and social media.  No business model allows success without sufficient revenues to support all of the activities of the news outlet.  Print media is suffering from lower advertising and subscription revenues and many have folded, or are on the brink of bankruptcy because of TV, the Internet and social media.   Radio, which offers a combination of music and talk, appears to be healthy but only from a local perspective.  National talk radio is not doing all that well, unless merged with TV, Rush Limbaugh being the exception.  The TV media requires a little more detail.

National television has become talk radio, only in video form, with endless debate and analysis, camouflaged as news.  No TV platform is immune from this malady.  Turn on any TV news program and instead of the all-around broad news we were expecting, we get endless opinions and analysis by so-called experts, reporters and correspondents, better suited for the newspaper opinion page.  If you are looking for national and international news reported accurately, you will be hard pressed to find it.  And the analysis and opinions are heavily slanted towards the left side of the political aisle with just a pointless token segment from the other side.

When was the last time you heard news from Central or South America, or Canada, or Australia?  Why isn’t the news media doing in depth reporting on Russia and their national motives and goals and how those motives and goals influence our foreign policy and the rest of the world?  How about reflecting on life in China and the objectives of their communist-run regime?  What do we get instead, endless Trump-Russian collusion?

The sad truth is, the news has now boiled down to the never-ending Trump hour and what he is allegedly doing, according to the Progressives, to ruin the lives of those poor dependent Americans, those “hard working” and honest illegal aliens, the violent protestors and those so-called “peaceful” refugees coming in from Muslim countries.  The news is also riddled with social justice, environmental extremism, global warming, the green new deal and alternative energy, all insane liberal causes.

As we have said in many of our articles, Progressivism has been embedded in all of our institutions, from education, to politics, to foreign policy, to health care, to the environment, to commerce, to finance and to the news media. But worse, it has infected the minds of the American people for several generations.  Progressivism has been set in stone in the body politic and it will take a jack-hammer or a revolution to break it up.

Each infected institution has become a co-conspirator and racketeer in pushing the radical Progressive agenda throughout the United States.  But what most people don’t realize is, that Progressive agenda is the antithesis and enemy of a free America.  If you are poor, lazy, black, Latino, disabled, mentally or sexually challenged, a refugee, or an illegal alien, you are a protected Democrat class and rewarded by government, at taxpayer expense …. for your votes.  If you are successful you are a taxed class and frowned upon and ridiculed for being successful.  But it’s not altruism that drives the rewarding of the protected classes, it’s the lust for power.  Those welfare-style so-called “free gifts” you end up paying for, are solely for Democrat votes.

When the fourth estate carries the banner of one political ideology and weaves that ideology into every aspect of its reporting, it becomes an agenda-driven entity, working in collusion with the Democrat Party.  At that point the constitutional foundation of individual freedom is forever diminished, or silenced and is the Founding Father’s worst nightmare come true.  In such event, totalitarian government cannot be far behind.