Who Is A Muslim?

Who is a Muslim? One way to decide is when the individual says he is a Muslim, recites the shahada, and lives more or less according to Islamic belief.

It is axiomatic that to be a Muslim you must: believe in Allah by taking him as your unquestioning lord; accept Muhammad as Allah’s beloved messenger; and, take the Quran as a literal book of Allah and a perfect prescription for living. The first of the Five Pillars of Islam is the shahada (Arabic, “testimony” or “witness”). The shahada is the Muslim profession of faith, expressing two simple, fundamental beliefs that make one a Muslim:

There is no god but Allah and Muhammad is his messenger 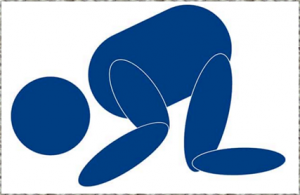 Another way, and in my view, a more precise way of deciding who is a Muslim is to use what science calls an ‘Operational Definition.’ That is, for instance, if you claim that something has mass, then you should be able to document that claim by a set of operations. In this case, by weighing the object with some universally accepted scale. If you claim that something extends in space, then a yardstick of a sort should give a reading about it.

According to the cardinal rule of Islam, non-Muslims are kefirs (infidels). So, the kefirs are fair game to be maltreated, plundered, taken as slaves and slaughtered. It just so happens that the followers of Muhammad before even rasul-ul-allah (Messenger of Allah) was buried, started having disagreements among themselves about who was a real Muslim and who was a pretender and actually a kefir. The house of Muhammad, in no time at all, splintered into sects, sub-sects, and sub sub-sects and whatnot. And each of these “real and true” Muslims started treating other Muslims as they would treat the kefirs, in obedience to their sacred teachings of the Quran. 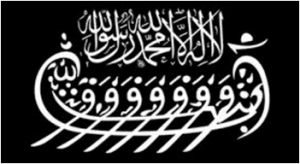 In short, each sect was a true Muslim and used any and all means to further the true Islam they held, often at purging other sects whenever they could.

“True Muslims” strap explosive vests and detonate themselves in a crowd of what they consider fake or deviant Muslims. They also bomb each other at mosques, funeral processions and marketplaces 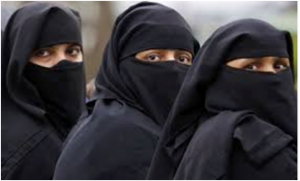 packed with women and children. All in service to promote true Islam and cleanse Allah’s earth from kefirs as they are repeatedly and emphatically instructed to do in the Quran. By the way, apostates are also included in this cleansing process.

Islam itself is a creed of an ignorant people in a primitive and barbaric age. It is fixated in time and place; it harbors the ambition of taking the 21st century world back 14 centuries and ruling it by its dogma of violence, intolerance, injustice and death. Yet, Islam is not only an obsolete vestige of a defunct era, but itself is an infinitely fractured belief that can hardly put its own house in order. The numerous Islamic sects are at each other’s throats; sub-sects and schools despise one another as much as they hate non-Muslims. Hatred, not love, drives Islam.

The faith is divided into Sunni and Shiites sects with numerous sub-sects. The divisions and contentiousness are so profound that members of one sect consider the other Muslims as apostates, worthy of death. The division goes back to the time of the Prophet himself. Shiites believe that the enemies of true faith subverted its chain of authority at Muhammad’s death. They claim that the Prophet, while on his deathbed, asked for a parchment to dictate his will and to appoint Ali, his cousin and son-in-law, as his successor. 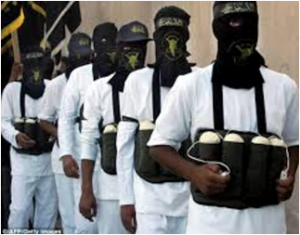 The Shiites claim that Umar, an influential disciple and commander of the faith, declined the request saying to the Prophet: hasbena ketab-ul-llah—sufficient unto us is the book of Allah. Before long, division and infighting started in earnest and continues to this day. Oppression of Shiite minorities in Saudi Arabia and Pakistan are only two glaring instances of this longstanding and irreconcilable intra-faith hostility. The Shiite majorities in other lands return the favor to the Sunni minorities, as is the case in Iran and Iraq.

There is no such a thing as one Islam. There are hundreds of Islamic sects in the same way that there are hundreds of diseases. In the same way that there are no good diseases, there are no good Islamic sects. And in order to deal with an illness, correct diagnosis is essential to prescribe the right medication. Hence, dealing with various sects of Islam effectively, demands correct understanding of what they are, what they aim to do and their methods of spreading their psycho-social disease.

Some Islamic sects are extremely virulent and deadly. They must be dealt with accordingly. Others are less violent and work their agenda in more subtle ways. Even the latter types are far from harmless. One and all keep to the Quran and pursue the same goal of dominating the world. 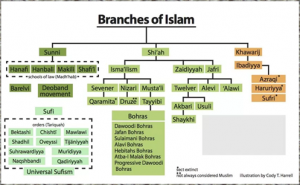 A true Muslim is someone who actively follows the Quran word for word and works to transmit the disease to others, while he himself is engaged in horrific acts of mayhem and violence to demonstrate his unconditional obedience to the dictates of the Islamic cult.

None of the numerous contending sects is indeed the Islam Muhammad launched. That original Islam died with Muhammad and the belief immediately started splintering and kept on splintering and each time claiming to be the true Islam and renouncing and fighting every other splinter. Yet, they still have the Quran, the manual of intolerance and terrorism in common that allows and even prescribes violence to please Allah.