Because if we don’t, it will continue to get more extreme.  This is not Islamophobia, as many Muslims and their leftist apologists claim.  A phobia is a baseless irrational fear. Abomination of Islamism is based on irrefutable facts and it is not only rational, it is ethically imperative. Until the Western world understands the threat of Islamic ideology to their society and culture, people will continue to die. We simply cannot ignore this assault to our way of life.

It is a virtue to act to oppose the hateful or a vice to ignore it. It is a virtue to hate tyranny, misogyny, discriminations of all sorts, oppression, and all manner of violations of the legitimate rights of the individual and people. Islamism is the progeny of Islam. It is religious fascism, a destroyer of liberty and much of what free people cherish. Therefore, it must be confronted.

The three scriptures of Islam, the Quran, Islam’s holy book, the Hadith, sayings of Muhammad as recorded by his contemporaries, and the Sunna, the life 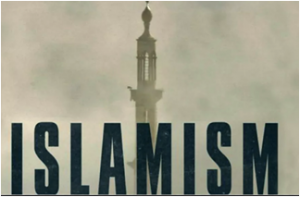 examples of Muhammad himself, together form the body of Islamic beliefs. They provide an array of frequently confusing, multiple-meaning and even outright contradictory dogma that enable anyone to pick and choose certain teachings of Islam and justify anything they do based on that scripture.

The Quran enjoys a sanctified standing, since Muslims believe it is written by Allah himself. Allah handed down the Quran to Archangel Gabriel, chapter by chapter, to deliver to Muhammad over the course of some 22 years. Muhammad could neither read nor write. So, Gabriel had to whisper the chapters to him and Muhammad in turn would reveal them to any literate person who happened to be around to write them down on anything he could find. To Muslims, every word of the Quran is a literal perfect immutable eternal word of Allah himself.

Therefore, no man or divine is ever to revise, much less dispute, the Quran. The hodgepodge of Islamic scripture is the medium for generating all kinds of mutations, some of which such as Islamism are extremely dangerous. A segment of any society, at any time, is staffed by people who feel disaffected, alienated, and disenfranchised. It is from the ranks of this population that Islamists heavily recruit the soldiers of Islam.

Islamism’s rallying cry is also of attraction for the young since it is rabidly anti-establishment. The young lack a major stake in society but are brimful with 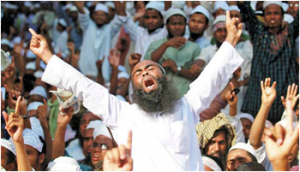 action-inclined vitality. They are among the most willing recruits to anti-establishment causes. Older leaders frequently take advantage of the young’s proclivity to act and enlist them as foot-soldiers in their cause.

The Hitler Youth, the Soviet Union’s Young Communists, and the Islamic Republic of Iran’s Basij (young Islamic storm troopers) are some examples of the young’s enlistment by tyrannical systems. Furthermore, there is excitement in action, any action. The greater the risk, the greater is the excitement and this feature is highly attractive to a significant segment of the population. That’s why it is said that war is exciting, while peace is boring. The validation of this dictum is seen daily, for instance, in numerous arenas where battles rage between combatants, be they cocks, dogs, or human. Throngs of spectators pay by time and money to participate vicariously in such socially-approved brutalities. In any physical contest, the more violent side usually prevails.

The Islamists use ruthless force to eliminate the opposition or to intimidate them to join its ranks. Islamism is rapidly advancing on two fronts. In every Islamic country, it is cowing the non-radicals while recruiting more and more radicals into its own ranks. In non-Muslim lands, flush with Saudis petrodollars, Islamism is establishing itself as a formidable force by enlisting the disaffected and attracting delusional liberals with its promises. For the faithful, there is the added incentive of Allah’s heaven and its irresistible attractions. There are those who claim that most Muslims in the world are moderate and non-violent. It may be so. Yet, the silence of this majority is deafening, although, they do speak up from time-to-time by, for instance, claiming that the 9/11 slaughter was the work of the Jews, even when Osama himself proudly admitted the dastardly act.

This very same Muslim majority pours into the streets of the West on a moment’s notice to protest the slightest perceived affront to its sanctities, but they never march to condemn the violent acts of Islamists- or speak up against them. This sort of majority behavior makes it complicit with Islamists. Despite all this, Islam’s apologists and lobbyists want us to accept the notion that present Islamic radicalism is an aberration that given time will dissipate as have all radical movements of the past. These people fail to tell us about the radical movements that inflicted those horrors on humanity before they expired. 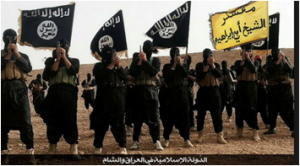 Islamism is a pincer, with the world in its jaws between the end-of-the-world Shiism and the jihadist Sunnis. The two jaws aim to crush the life of all non-believers. It is imperative that people who value liberty rise and act to defeat Islamism.

Here are some specific suggestions:

It is urgent that civilized world confront Islam and its mutations. All free people, must demand that their governments, at all levels, abandon the practice of political correctness and act to safeguard liberty against the truly deadly assault of Islamism on the rest of the World.