Why Does This Persecution Never End?

As a recent immigrant to Israel, I daily struggle with the big questions. Yes the big questions. There are enough of the small questions after all – Why didn’t I come out of the womb knowing Hebrew, the language of God? Why was I the only child in my family who never learned Hebrew at Sunday School, yet it’s me that is now living in Israel? Why am I the only believer in God in my family? Why did my parents stray so far from their own religious grandparents? There are enough ironies and conundrums in my life to fill a volume of “ironies from A to Z” 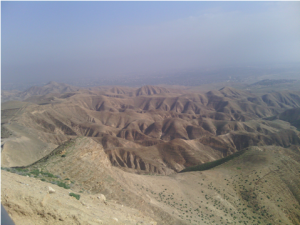 It’s the big question though with which I wrestle, because the answer is hard to find. The big QUESTION (and its corollaries): Why does the world hate Jewish people so much? Why do they never stop trying to kill us? Why won’t they allow the one Jewish nation to live in peace?

Why beloved God? “Beloved” is emphasized because many Jews, surely most of us in Israel, love God, or at least, our understanding of God. We are in Israel because we are no longer rejecting Him, but seeking to come as close to Him as possible. None of my Anglo friends left America, Australia, Great Britain, Wales, South Africa and so on because they were driven out. South Africans might be an exception, but most of us came to Israel to live Jewish lives and come closer to the God of our forefathers.

Admittedly and unfortunately, many (on the left especially) moved to Israel to make it another USA with “freedom and democracy for all”, because we are such TOLERANT Jews. Yes we love the Arabs as ourselves, and yes we no longer need that ancient idea of a paternalistic god, but we have a Jewish god called Tikkun Olam (literally “fixing the world”) that can be shared with all. However, the left is no longer in the majority in Israel, we are told, and we have a right-wing government to prove that.

Though it sounds altruistic and wonderful, the practicality of making Israel another USA is elusive. Israel is a very small place and while the US is surrounded by somewhat civilized societies, Israel is surrounded by peoples living with an ancient creed based on tribal warfare. Islam is like a survival of the fittest society, where the strongest, most ruthless, tribe wins. The only thing that unites all the tribes is the outlander, the non-tribe member, aka the infidel. This is because they unite to eliminate the common enemy.

We must return to the question of why a loving and loved God would protect His people, but only enough to allow survival. For thousands of years, there has been a war against “God’s people” to destroy us. This has been true even though Israel is a teeny bit of land with no huge resources of gold, silver, oil or other materials that are so important to the world. There is only one answer that makes sense, and that is that since the Jewish people and the Jewish nation are proof that God of the Bible exists, it is really He that the world seeks to destroy. Destroy the proof of God, and you then destroy God as well. So logical, so easy, it certainly can be accomplished in our generation.

It is hard to make an argument that most people of the world don’t want to destroy God. After all, the only supporters to really rally around Israel in true love and support are the righteous among the Jews and the Christians, with a few miscellaneous supporters thrown in. In the Bible this is known as the “remnant”.

Israel seems to be the only nation in which the Creator, God of the Bible, is allowed in the public sphere, while at the same time, the non-believing secular and the left are able to do their own thing. Even in some secular schools, students learn the Torah, the first five books of the Jewish Bible. All graduating students must pass a test, and questions about the Bible are included in the test. In addition, Israel has actually codified into its civil laws some of the Biblical laws. Examples include: Kosher stores must close on the Sabbath; Israeli buses cannot run on Shabbat; every Biblical holiday that stipulates work is forbidden means the Shabbat closures are followed. The only businesses, cabs, buses etc. that run or are open on Shabbat are those owned by non-Jews, and essential businesses for tourists such as hotels. Arab buses and cabs take up the slack on Shabbat and holidays.

Allowing for Arabs to break Shabbat could be one of the reasons God is still holding back from us. After all, the Bible states that strangers, and even livestock, in Israel are also supposed to refrain from working on Shabbat. But we have enough problems with the leftists without telling them they can’t hire Arab cabs and so on and have to stay put on Shabbat. But this is another issue.

An argument can be made, in Israel’s defense, that we Jews have only had 69 years to create this modern nation of Israel. In about 70 C.E. the second Temple was destroyed by the Roman conquest of Israel, and the Jewish people began their longest exile ever. That we were able to keep aspects of the faith alive, and especially that we were able to continue the priestly line along with the secrets passed down from priest father to priest son – for almost 2000 years – is really a miracle.

By other miracles, God used non-believing secular Jews to begin the process of honing a desert backwater into a modern vibrant state. The Jewish pioneers that had been living in the land or moved into the land at the end of the 19th century began taming the land. They first had to rid the Galilee of malaria and initiate agricultural practices that would succeed. The early kibbutz system flourished, even though it was pretty much a socialist movement. Presently, many of the kibbutz communities have become more capitalistic, but some socialist-leaning ones still exist. I once looked into joining one, and balked when I found out I would have to give my car to the community and start out in the most basic house. One moves up from basic house to nicer houses as rewards for working on the kibbutz.

Even by 1948 when statehood was achieved, the country was pretty much leftist. In the 69 years to follow, Israel has brought in more and more religious Jews and Torah scholars, so now the country has skewed to the right, to the side of God, and Biblical principles, Since the Bible promises good things for those who study and obey God’s word, it began to look as if our Creator would help us to crush our enemies. Indeed He has done so and has extended much grace and mercy on us Jews. Along with adopting more Biblical principles, Israel’s economy has turned to capitalism. The transition has not been without its problems.

But even so, we daily continue to face terror. There are still roads we cannot drive on, places we cannot go, and even in Jerusalem we have to walk with our guard up at all times. Who knows but a terrorist in a car or wielding a knife might just decide to strike at any time? This has become very wearisome, especially since at any time our leaders could succumb to the pressure of the world, falter and sign yet another worthless peace deal that means giving away God’s land, which isn’t ours to give.

We still wait for the remaining Biblical promises to come to pass. There should not even be leftists and enemies in the land, because the Bible promises that God will vomit out those who don’t acknowledge Him. Yet here we are with 20% of our population being Arabs, some of whom want to destroy us entirely.

It is not this 20% that is the problem, but the million plus who have come to the territories won back in 1967. It is the presence of Hezbollah, Hamas, and the Palestinian Authority Arabs who keep attacking in their relentless attempt to extend Sharia law into the one remaining spot of Middle Eastern land that is still holding out against them.

All I can conclude from this is that they want to destroy the main proof that the God of the Bible is real and is still involved in the world. Israel really is the only country in the world that is somehow making it work to bring God into the public sphere while at the same time allowing the non-believing secularists to do their own thing. The Arabs are blinded by hatred or they would see that it’s impossible to destroy the Creator of the world, but they prefer not to see that in attacking Him, they will be the ones destroyed.

Final note: Because I grew up in a gentile “Christian” environment shortly after the Holocaust, it has been my experience that only the Jewish people have been so persecuted. However, in today’s world, the Christians in some places are being targeted along with the Jews. This sad reality only enlarges the question to include not Jews only, but Christians as well. It seems clear that if the world wants to wipe out Jews to destroy God, they would need to also wipe out Christianity.

About the Author: Cathy Sherman

Cathy Sherman is a freelance writer with a major interest in natural health. She wrote many articles on healthy living. An interest in the fascinating subject of water inspired her to write her recently published children’s book, Drew Drop and the Water Cycle. After moving to Israel, she realized the need to clarify some of the incorrect and misunderstood narratives surrounding Israel and its conflict with Arab neighbors. Email: shermaneutics2@yahoo.com