Why Muslims Refuse To Assimilate

It is not that they refuse to assimilate, it is that they can’t. Muslims, irrespective of the country of their origin, (except Iran or Turkey) were raised in such way that they can never assimilate into Western culture. True Muslims unanimously abide by and live under the laws of Sharia and not the Constitution of the United States of America or other man-made laws in other countries.

People who live in the West must understand that to be a loyal and faithful Muslim, one must adhere to and perform many rituals, as specified in the Quran by Allah and the Hadiths/Sunna, every waking moment of his entire life. Disobeying these rituals does not make one a moderate Muslim, but rather it would make him a non-Muslim, facing an uncertain future. It is not their fault that they adhere to their customs and traditions. They were born with it. It is our fault that we bring them here and force them to assimilate. They won’t.

Keep this in mind, it is mandatory for a Muslim to adhere to Islamic laws and not to a man-made law like the US Constitution. A Muslim can never be both a Muslim and an American at the same time. If an American politician does not understand this common theme within Islam and its political nature, it is a disservice to those who elected them into office. 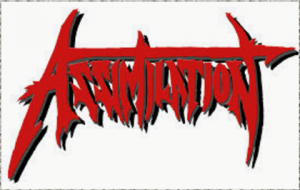 Now that Muslims are here in the United States, they do not shy away to demand an accommodation according to their own Islamic Law which is unconstitutional. We are left with no choice but to allow them to do as they please. Like any good dhimmi would do. That is Sharia law.

What is incredible is the gall and audacity of Muslims to demand Western democracies legalize Sharia in their own societies. Large populations of Muslims, most recent arrivals, in countries such as Canada, Great Britain, Sweden and the USA are now experiencing the insistent demands by Muslims to have Sharia rule their Islamic communities. This is just the beginning and it may seem relatively harmless to the political simpletons in our midst. Yet, once Sharia is recognized to any extent, it will reach out to rule not only on matters that concern Muslims, but also to those that may involve a Muslim and non-Muslim. Under Sharia, a Muslim man married to a non-Muslim woman can divorce the woman at will, automatically have custody of the children, and literally toss the wife out of “his” home with no compensation.

What Can Be Done at This Stage?

We need to establish a review board to study this ideology with a mission to ensure that no “religion” preaches and practices in violation of the United States’ Constitution. Islam is incompatible with democracy and subversive of our way of life and one that blesses this nation. It is imperative that we fight Islamofascism with the same determination that we fought other enemies of freedom such as Nazism, Fascism, and Communism.

I say humanity must remain strong and resolute.  People must stop deluding themselves.  Islam will never, ever coexist with infidels.  We must move on – move away from an exclusionary, a primitive, and a tribal mentality to a vision of all humanity being one, with justice and liberty for all.

While we frivolously waste, our precious time talking about it without any drastic action taken, Islam and sharia continues to creep into every aspect of our American culture.  There are only too few dedicated, freedom-loving people are sounding the alarm.  That’s not enough.  Why do most of our fellow citizens not get it?  Because Americans have been conditioned by the liberal elites to be tolerant and compassionate, to embrace multiculturalism and respect each other’s beliefs, ideals, and values.

That’s wonderful in a Utopian world, but the fact is, Islam doesn’t embrace any aspect of Western civilization – much less American culture.  We are rapidly and methodically being dismantled as a nation, and our freedom is more fragile than at any time since WWII.  While we fight the enemy abroad with combat troops, intelligence, and drone strikes, we’re doing nothing to combat the same exact enemy who resides on our own soil in broad daylight.

While we still face the threat of International Communism, America is facing a deadlier threat than communism. We are facing the multipronged threat of Islamic terrorism. How to deal with this new enemy is something we are still not ready to deal with.