The supreme art of war is to subdue the enemy without fighting.  — Sun Tzu, The Art of War

Let your plans be dark and impenetrable as night, and when you move, fall like a thunderbolt. — Sun Tzu, The Art of War 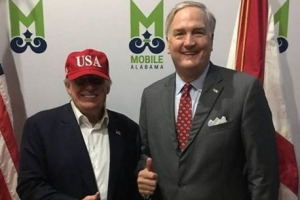 Jeff Session’s former Alabama Senate seat should have been filled by conservative Mo Brooks, whose voting record in the House perfectly reflects our President’s policies.  However, the people of Alabama eliminated him from the running and instead chose Strange and Moore who are now in a runoff.

Luther Strange is, of course, an establishment insider, and Mitch McConnell wants him elected.  Strange is not a choice of true conservatives, thus I’ve heard countless numbers of people endorse Judge Roy Moore, and I am absolutely appalled and for good reason.

Moore has been contacted by countless authorities on the Con-Con.  He has declined to listen to anyone regarding the 1787 Convention precedents. Neither has he viewed Chief Justice Warren Burger’s letter to Phyllis Schlafly regarding the dangers of a Con-Con, Phyllis’s many writings that a Con-Con could not be controlled, the words of James Madison regarding another convention, and the writings of scholars who know the dangers of a second Convention, etc.

Fellow attorneys have contacted Moore about his desire for a Convention, and normal protocol is that he take their calls, but Moore has refused.  His attitude is smug and full of hubris.  He refuses to hear dissenting viewpoints, certainly not the norm for judges of sound and moral character.

There is nothing to prevent a convention from being expanded to issues not raised in the original petitions calling the convention. An Article V convention could lead to a constitutional crisis where everyone’s rights and liberties are on the auction block.  But Moore won’t listen or even read dissenting opinions. 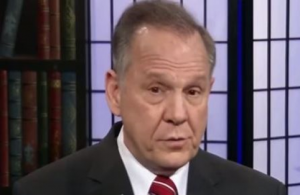 Guy Martin, Jr., a minister and former law professor who taught constitutional law to Roy Moore in law school, has an op-ed in an Alabama newspaper speaking out against Moore’s candidacy. What he has to say about Moore is not the least bit surprising.

Roy Moore did not get along with his colleagues in law school or on the Supreme Court. The arguments were not over Christianity.

In law school, the arguments arose from what Disraeli called “falling into a deep groove of illogic and being helpless to allow reason to pull you out.” If Moore’s analysis of a case was tantamount to thinking 1 + 1 = 3, and his classmates reasoned otherwise, there was no backing down by Moore. The class was willing to fight to the death against illogic that no legal mind but one in America would espouse.  Moore never won one argument, and the debates got ugly and personal.

Guy Martin, Jr. stated that Moore violated years of precedent established by Jefferson, who once wrote that he only hoped he could serve our country like Christ wanted him to. Yet, Jefferson fought to ingrain the principle of religious freedom in our Constitution, at a time of state-sponsored churches and religious persecution.  Professor Martin believes we could easily end up with the Democrat if Moore is the chosen Republican candidate for Senate.

This is a wake-up call: the instant Moore wins the runoff is the instant his tarnished reputation as a twice-removed Chief Justice will scald the airwaves of CNN and MSNBC.

The DNC will pour money into the campaign coffers of Doug Jones, smelling blood in solid Democratic support for Jones and from moderate Republicans.

In Washington, Moore would be “Senator Irrelevant,” the poster child for stubborn resistance to common sense legislation such as repeal of Obama Care and decrease in taxes, standing on some piece of sideways’ thinking nobody in or outside the Swamp would respect.

A vote for Moore will be a vote for Doug Jones and against the conservative cause.

Moore, the Ten Commandments, and Dominionism

And last, but certainly not least, orthodox Christianity has the solid teachings of God, Jesus Christ, and the Holy Spirit, but there are heretical Christian doctrines, and Moore subscribes to one of them called Dominionism/Reconstructionism. 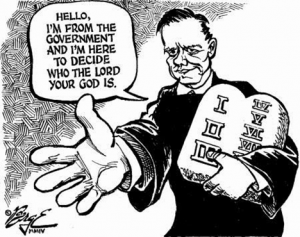 As a believer in this doctrine, Moore espouses a theocracy, which is control of government and societal spheres of influences only by those who believe as he does. (Theocracy is a system of government in which priests rule in the name of God or a god.)

Moore also believes in a theonomy which posits that Biblical Law is applicable to civil law, and theonomists propose Biblical law as the standard by which the laws of nations may be measured, and to which they ought to be conformed.  In other words, Old Testament (OT) Mosaic Law, other than a few dietary laws, rules the land.

In Matthew 5:17, Jesus fulfilled the Mosaic Law. Christ goes on in Matthew to explain the differences in the Law of Moses and the Law of Christ, the latter which we, as Christian believers, are now under.

Judge Moore used the 10 Commandments as a monument for righteousness, but those 10 commandments were part of the 613 Mosaic Laws which passed away with the death of Christ.  They no longer exist; the new law is the Law of Christ.

The Mosaic Law is a unit…Torah is singular, even though the law contains all 613 commandments.  We can’t even separate the 10 commandments from the unit.

Please bear with me on this short Biblical explanation…

The Mosaic law came for many reasons, one of the biggest ones was so that we’d know sin.  Remember that Moses gave the law initially, 10 were written with the finger of God, the others were written down by Moses as God gave them to him.  The second batch were given by angels, (Acts 7:53, Gal 3:19, Heb. 2:2).  The Mosaic law was given because of sin, until Christ came, but also to reveal the Holiness of God, so we’d know the standard of righteousness God demanded for a proper relationship with Him.  It was never given as a means of salvation however, faith is always what saved, even with OT saints.  Mosaic Law was given to tell our OT saints their rule of conduct for life, it was again, a knowledge of sin.

And that’s why the clear-cut teaching of the New Testament is that the Law of Moses has been rendered inoperative with the death of Christ.  The law in its totality no longer has authority over any individual.  That’s what Romans 10:4 says.  He, our Savior, is the end of the Law, and that includes all 613.  Hence it has ceased to function. The law can’t function in either justification or sanctification…it came to an end in Christ.  For the believer, it has been rendered inoperative.  It has ceased to function for all.

And Hebrews 7:18 states that the Mosaic Law was disannulled.  Now we have the new priesthood.  Most want to retain the 10 commandments from the law, but what does II Cor. 3:2-11 say… “not in stone, but hearts of flesh.”

Roy Moore gained national attention with his 10 Commandments in stone.  But the 10 Commandments passed away with Christ’s death because they are part of the Mosaic Law.  We are under the Law of Christ.   Nine of the laws of Christ repeated in the New Testament sound very much like the 10 Commandments, and they are similar, but not taken from Mosaic Law. If we do not kill or steal, commit adultery, take the Lord’s name in vain, bear false witness, or covet, honor our father and mother, etc., this is not because of the Law of Moses, but because of the Law of Christ.  If we break that law, we aren’t breaking the Mosaic Law, but the Law of Christ, Ephesians 2:11-16, and Ephesians 3:6.  All the Laws of Christ are encompassed in “Do unto others as you would have them do unto you.”

Bottom line, God explains that yes, the Law is a unit comprised of 613 commandments, and all of it has been invalidated.  There is no commandment that has continued beyond the cross of Christ.  The Law is there and can be used as a teaching tool to show God’s standard of righteousness, and man’s sinfulness and need of a substitutionary atonement.  It can be used to point one to Christ (Gal 3:23-25).

However, it has completely ceased to function as an authority over individuals.  The old law has been disannulled, and we are under the new law … the Law of Christ in Galatian 6:2, and the Law of the Spirit of Life in Romans 8:2.  This is a brand-new law totally separate from the Law of Moses.  The Law of Christ contains all the commandments applicable to a New Testament believer.

There seems to be so much confusion over the relationship of the Law of Moses and the Law of Christ and it’s because many of the commandments are similar to those found in the Mosaic Law, and people conclude that certain sections of the Law have thus been retained, but that is not the case.

Unfortunately, the Judge has promoted the 10 Commandments because he is a believer in Dominionist theology.  As I explained above, this doctrine wants to control the government and all spheres of society.  Those not believing in this doctrine are relegated to second class citizenship.

Thirdly, the hard core Dominionists still believe in stoning of sinners in the streets, including homosexuals, adulterers, disobedient children, those who take the Lord’s name in vain, etc.  This belief system discounts the saving grace of faith that many find when they come to salvation in Christ and a full knowledge of God as redeemer.  (For more information on Dominionism/Reconstructionism, go [here], [here], [here], and [here].)

Our illustrious and brilliant President has never supported a Constitutional Convention, and neither has he supported the heretical doctrine of Dominionism/Reconstructionism.  Quite obviously, this is why our President has endorsed Luther Strange rather than Moore.  The Judge is not a man who should be in our Senate because of his dangerous and erroneous beliefs.  Neither am I a fan of Luther Strange, but I believe our President has a far better chance of passing his policies with Strange rather than with Moore.