Home/November 2018, Opinions/Why The Red Wave Failed To Keep The House

Why The Red Wave Failed To Keep The House

My God!  How little do my countrymen know what precious blessings they are in possession of, and which no other people on earth enjoy!  —Thomas Jefferson

Dear God, I bow my head and ask, if it be thy will, please save this land from those who seek to destroy it. 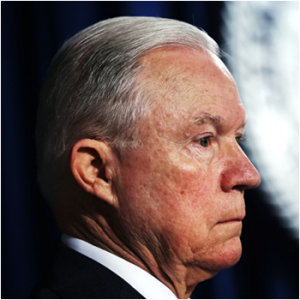 President Trump.  His temporary replacement will be Matthew G. Whitaker, Chief of Staff to Attorney General Jeff Sessions at the Department of Justice.  Rod Rosenstein and Robert Mueller need to be ousted along with Sessions.

Long ago I came to the realization that Sessions was an establishment globalist with years in the Senate, and he was put into the Trump campaign as a foil to become part of the administration as a crucible to destroy this President.  I am still horribly sad about this because I thought this Alabama Senator was a good decent man…and it hurts my soul.

What do we need?  We need a man like Joe diGenova, one who would support our President, one who knows evil, and one who can easily smell deception and destroy it.

Joe diGenova has the background and chutzpah to clean out the DOJ, and I would suggest that President Trump offer Attorney diGenova the temporary job for a year to clean up the filthy DOJ mess.  If diGenova cannot leave his practice to help our President, then Mr. Trump needs to ask him who would be as exacting and knowledgeable as diGenova who could fill the spot and clean out the traitorous establishment Deep State insiders in the DOJ.

As the media has been telling us, historically first term presidents lose the majority in Congress during the midterms.  There are exceptions to this rule.  In 1934, Franklin Delano Roosevelt substantially increased the Democratic party’s majority in both the House of Representatives and the Senate.  Why?  Because of the Depression and FDR’s “New Deal.”

In the midterm elections of 2002, Republicans gained seats in both chambers of Congress. The Republicans picked up net gains of 2 Senate seats and 8 House seats.  Why?  Because of September 11, 2001.

Because of what President Trump has accomplished by himself, with little help from his congressional party members, it is astonishing and horrifying to true conservatives that we lost the House.

There Was No Blue Wave

One wonders if the spineless republicans chose retirement because they felt a media manufactured blue wave was on the horizon and believed the fake news.  The red wave should have, and could have taken the house as well.  Our President has done the most amazing job of single handedly turning back the socialist tide in America.

Where was our Trump hating Speaker Paul Ryan?  As a Republican he should have told the retiring Republicans to stay and help our President to save the country and the House majority.  But that’s not Paul Ryan, he’s an open border establishment globalist mediocre Republican and I fully believe he purposely stayed as Speaker to help destroy the majority in the House.  The good news is a conservative, Republican Bryan Steil, has won the former House seat held for 20 years by outgoing Speaker of the House Paul Ryan.

Then there’s the purposeful redistricting…Obama’s Soros groups were in charge setting up the congressional districts all over the country.  Conservatives tried to fight it but to no avail.

In Arizona they’re saying they just now found another 500,000 votes that weren’t counted.  Yeah right, you don’t just “find” another 500K votes.  But this is another way the Democrat, Krysten Sinema could “win” over Republican Martha McSally.  For those who believe there is no voter fraud, which has been proven time and again, it is rampant throughout every district in America.  Do your homework!

Nine out of eleven of the representatives Trump campaigned for won.  Those who didn’t want Trump’s help lost their bids.  And really, why would Americans vote for more mediocre and moderate Trump hating Republicans?  They abstained from voting.

The press disgraced itself again this morning during President Trump’s press conference regarding the election.  What animals!  Several reporters refused to concede the floor and hijacked the microphone.  Our President however, with the finesse of a leader, told those who report fake news to sit down…there were several ill-mannered and uncivil actions where the CNN media and others would not shut up.  The President put them in their places.  God but I love this man!

The White House has pulled Jim Acosta’s press credentials because of his rude and uncivilized behavior.  He is no longer allowed into our President’s press conferences

These fools should have lived under one of our past tyrannical presidents who would have closed their newspapers and imprisoned their editors…and that my friends was in the 1800s. Link

Oh yes, we’re irked, we’re pissed, we’re angry, we’re sad, we’re depressed and we’re fuming, but there’s more to come.  We know that the democratic house will attack this president at every opportunity, and he will have to increase his legal staff by at least ten times just for the democratic subpoenas sent his way.  The evil of the left will consistently try to destroy the President we voted for and put in our White House, but they will also try to destroy us who voted for him.  And this is why we have to decide that we’re going to be even stronger, and we’re going to help this president, the people in Congress who love him, and we’ll not only work, but also pray continually to Make America Great Again.

We’ve been given a reprieve, a chance, a Biblical Nineveh, and a glory of a man who loves our country and her people…stand with him, pray for him, and work for him…this is our only chance.  Don’t give up…not ever…our descendants are relying on us.