ST. PAUL, MINN.  There are mental cases who ENJOY causing innocent animals to suffer. There are others who get perverted thrills from simply killing an animal. Not for food or even their fur, but to satisfy a sick joy in seeing the animals suffer and die. It makes these idiots feel powerful. The same with those in uniform who torture human beings to death.

Then there is Trophy Hunting where one kills an animal in order to cut off their heads, stuff them, and hang the heads on a wall in their home for all visitors to see.
This column has advocated for special courts and lawyers to handle cases of animal mistreatment and cruelty.  As a result, three such animal courts have been established to make sure that those who harm animals receive proper punishment while making the public aware.
Meanwhile, citizen animal advocacy groups have formed to help animals including, Howling for Wolves, helmed by Dr. Maureen Hackett and Leslie Rosedahl who hop into action to stop trophy and “recreational” hunting.
Today, the Itasca County Court heard a case against defendants Stephen Bemboom and Brad 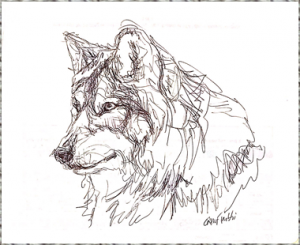 Dumonceaux who face 67 charges related to illegally snaring wolves and bears in Northern Minnesota.
Snaring, a horrible practice, uses a cheap wire noose to trap animals which usually encircles an animal’s neck, like a noose, causing prolonged suffering for the victim that is restrained to starve to death for up to 19 days while the poor animal continually gasps for breath right up to the last. This is inhuman and must stop!
Howling for Wolves is there to urge the court to apply animal cruelty charges and punish the trappers to the full extent of the law–otherwise there won’t be any deterrence and a pattern of illegal trapping will continue.
Minnesota should end all recreational snaring, said Dr. Maureen Hackett, founder and president of Howling For Wolves.
The next “omnibus” court hearing of this case will be held on September 17, 2018. Animal advocates, be there. Fill that courtroom to show that there is heavy support for animal welfare. Remember, the wolf is the first cousin to the dog.
Howling for Wolves is a Minnesota based wolf advocacy organization to educate the public and policy-makers about wolves, to foster understanding and tolerance, and to ensure their long term survival in the wild. Howling for Wolves supports effective, science-based, and nonlethal wolf plans to support and promote human and gray wolf coexistence into the future. www.HowlingForWolves.org.
Image Caption: Pencil Sketch of Wolf by Artist Cathy Taibbi.
© 2018 Austin Miles – All Rights Reserved
E-Mail Austin Miles: chaplainmiles@aol.com