Home/January 2020, Opinions/Wildfire Jihadis and the Genocide of Cultural and Ancient Sites

Wildfire Jihadis and the Genocide of Cultural and Ancient Sites

Europe is no longer Europe, it is Eurabia, a colony of Islam, where the Islamic invasion does not proceed only in a physical sense, but also in a mental and cultural sense.  —Oriana Fallaci, Italian Journalist

In each of our cities lies a second city: a Muslim city, a city run by the Quran.  A stage in the Islamic expansionism. —Oriana Fallaci, Italian Journalist

Some Westerners have argued that the West does not have problems with Islam but only with violent Islamist extremists.  Fourteen hundred years of history demonstrate otherwise.  —Samuel P. Huntington, American Political Scientist 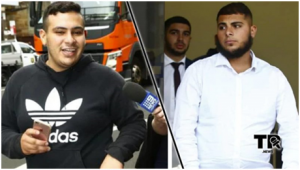 Chaplain Austin Miles, a friend of over 23 years, recently authored a commentary on the fires of Australia.  He was right, they are not the product of climate change as the socialists in our society claim, but of purposely set fires by Islamists to destroy and instill fear in the nations they wish to occupy and control.

Miles wrote, “The Daily Telegraph reported that they now know how the Australian fires started. You will not see this in most newspapers.  They were deliberately started by two Muslim teenagers living in Australia with their parents.

Those teens, Fadi Zraika and his brother, Abraham were seen, laughing as they left court and walked out free.  Got that?  Walked free after setting Australia on fire.”

For many years, the Al-Qaeda Magazine and the Islamic State (ISIS) have offered instructions to its operatives and followers in the West about how to start large wildfires with timed explosives and how to build remote-controlled bombs.  Even ABC News has reported this.

Because of the great difficulty in identifying the perpetrators of the various wildfires, only a few Muslims have been caught and arrested.  But considering how many wildfires take place every year, it is not out of line to presume that some of the fires have been Al-Qaeda-inspired. Yes, Al Qaeda promotes forest fire attacks.

Muslims in Australia are among nearly 200 arsonists who have set fires. Authorities in Australia have arrested close to 200 people for deliberately starting the bushfires that have devastated the country, yet the media and celebrities continue to blame “climate change” for the disaster.

Many organizations believe the killing of terrorist Qasem Soleimani will activate the multitude of Islamic sleeper cells in America to retaliation…that remains to be seen.

In Israel, fires set by Muslims are a common occurrence.  Firefighters continue to deal with epidemics of arson in the Haredi community, with groups of young boys repeatedly setting fires in open areas. They would watch the firefighters battling the blaze and taunt them, saying they’d be called back to the same place in less than an hour.

Islamic State in its summer 2017 English language magazine called on supporters to commit arson in the spirit of “devastating fires that ravaged Jewish settlements in Palestine.”

Through arson, operatives can “impose terror on an entire country,” the Sunni Islamist organization stressed.  They added, “The whole world witnessed the devastating fires that ravaged Jewish settlements in Palestine, destroying around 700 Jewish homes.”

Thousands of fires by jihadists have destroyed churches and cathedrals in Europe and around the world. Millions of acres have burned in California; forests, wildlife and homes have been destroyed.

In 2019 a Protestant Church was set ablaze in Niger, a landlocked country in West Africa following the arrest of a prominent Muslim leader and extending ongoing interreligious strife in the country.

Early in 2013, the New York Times reported that in Islamabad, Pakistan, an enraged Muslim crowd attacked a Christian neighborhood in Lahore setting fire to more than 200 Christian homes and two churches, in a new display of religious intolerance as Pakistan reels from violent persecution against other minorities.

In 2010, Muslim jihadists set fire to a church and to a Christian school in Punjab, India in reaction to the proposed Qur‘an burning by U.S. clergyman, Rev. Terry Jones,  in order to commemorate 9/11, an action he later abandoned but still caused protests among Muslims along with anti-Christian violence.

Then there’s the fire that nearly destroyed Notre Dame Cathedral in Paris, France. The two dominant forces in Europe, secular leftism and Islamism, have sought the end of Christianity and the West. The Left believes that protecting Western civilization is equivalent to protecting white supremacy.

Whether Notre Dame’s fire was a worker accident or that a Muslim jihadist set fire to the landmark, as they have to scores of other churches around Europe, it doesn’t much matter. The omen is that fire jihadists are burning and destroying worldwide.

California fires over the last ten years have increased exponentially, burning homes, forests, and wildlife. ISIS has urged its followers to ‘ignite fires’ in forests across the US and Europe.  The disturbing call comes as wildfires have devastated California.

“Ignite fires in the forests of America, France, Britain, and Germany, for they are painful to them,” one poster reads, according to the site.

The United Nations Educational, Scientific and Cultural Organization (UNESCO) is a specialized agency of the United Nations based in Paris, France. UNESCO, the international body that has been given the powers of judgment over what sites on this planet constitute our “world heritage,” has denounced the many incidents of vandalism as “acts of barbarism.” That’s about it, in terms of a concerted international response, they have done nothing to stop it.  UNESCO has no policing powers. We have empowered a body to recognize the rare and beautiful things of this planet, yet we do nothing when they are destroyed by Islamic jihadists. 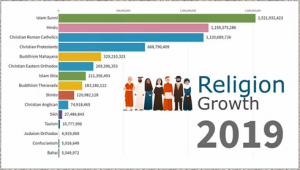 Islam is not even a religion; it is a political system that uses a deity to advance its agenda of global conquest, and that system is growing faster than any other.

Muslim extremists have long sought to destroy the physical evidence that any other faith worth valuing existed before their own. In March, 2001, the Afghan Taliban announced to the world that they would destroy the ancient, giant Buddhas of Bamiyan, in central Afghanistan, and then, using explosives and artillery, proceeded to do just that. In the last decade, the Saudis, as the keepers of the Muslim holy places, have razed hundreds of historic sites in the cities of Mecca and Medina to make way for new construction, including shopping malls and hotels.

Famous Italian journalist, Oriana Fallaci wrote her book, The Rage and the Pride after the 9/11 carnage by Islamists.  She railed against them knowing that Europe was already lost and America’s political correctness would be our demise as well.  She raged against the worldwide cultural and historical destruction by these jihadists.  Oriana was infuriated at the destruction of the Buddhas of Bamiyan.This destruction is cultural genocide. 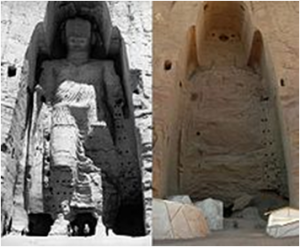 Islamists willfully and with impunity are destroying some of the world’s oldest and rarest archeological treasures. In 2015, there were video clips of the Islamic State in Iraq of al-Sham’s extremists wielding sledgehammers and drills, methodically destroying an exquisitely carved stone lamassu, or winged man-bull, at the Assyrian complex of Nimrud, which was created by artists nearly three thousand years ago.

Then it was the ancient temple complex of Hatra, in northern Iraq, which was built by the Seleucid Empire around two or three centuries before Christ. Hatra had been the site of a series of glorious colonnaded buildings and statues; it is reported that beginning on March 7th, 2015, ISIS destroyed what was left of them.

Images on social media showed ISIS extremists attacking the grounds of St. George’s, a centuries-old Chaldean Catholic monastery outside of Mosul. In this world of all-seeing, all-hearing killer drones, these acts somehow continue.

Islamic State militants completely ransacked the northern Iraq City of Mosul’s central museum and destroyed priceless artifacts, some which dated back thousands of years. Some of the statues and artifacts dated to the Assyrian and Akkadian empires. The terrorist group published a video of the destruction. In the video, an ISIS representative condemns Assyrians and Akkadians as polytheists. The militants smashed the statues in the museum with hammers and pushed the remains to the ground so they shattered even more. ISIS had not just destroyed the museum, however, they have caused irreparable damage across Syria and Iraq since 2010.

Before and after ISIS,here are heartbreaking photos of destroyed historical monuments in Syria.  Here is a guide from National Geographic to ancient cultural sites that ISIS has damaged or destroyed so far.

Destroying Freedom for the Love of Money

There are many enemies of freedom and liberty.  Communism and Communist Red China is one of the greatest, but another is just as violent and evil. Islam has conquered Europe through the migrant crisis; now their target is the west, i.e. America.  The Islamist goal is total control of the world for Muhammed.

Why do our politicians promote the politically correct attitude toward Islamists when they desire to ultimately control America?  Because they have succumbed to the bribery of the multitude of Muslim organizations who fund their candidacies.Ahh yes, the love of money, 1 Timothy 6:10 (KJV) states, “For the love of money is the root of all evil: which while some coveted after, they have erred from the faith, and pierced themselves through with many sorrows.” The Bible clearly says that love of money, (not money) produces all kinds of evil.

That love of money by our politicians has cost America dearly.  The Muslim Brotherhood, which was introduced to the George W. Bush White House after 9/11 by pro-Islamist and CFR member, Grover Norquist, has infiltrated all of American intelligence.

The FBI severed its relationship with the Council on American-Islamic Relations (CAIR) in 2008, saying until it determines “whether there continues to be a connection between” CAIR leadership and Hamas terrorists, the organization is not an appropriate liaison partner.

However, two recent episodes show that, despite this rhetoric and evidence linking CAIR to a Hamas support network – in addition to unresolved questions about its current connections – government agencies continue to engage with the group, even sending its officials abroad to represent the U.S.

In 2009, David Gaubatz wrote Muslim Mafia, a book that details his son, Chris Gaubatz’s infiltration of CAIR and the Brotherhood for six months and what he found and exposed.  Chris and his team revealed a well-funded conspiracy to destroy American society and promote radical Islam.

The Islamic worldwide destruction of cultural and historic monuments is much like destroying America’s Civil War history by eliminating the statues of veterans of both sides of that war…they eliminate the historic truth.  The Muslim goal is to instill fear and pain by burning their enemy’s countries, their homes, their churches, and destroying their landmarks and their culture. They now reside in our Congress…America must not allow them to succeed.