Wolves Need Us: How About A Presidential Pardon?

By Rev. Austin Miles|2019-03-30T02:44:02-04:00March 30th, 2019|
This is something I never thought I would write since, as most of you know,  I am and have been a staunch President Trump supporter. And it was right to be so. He has been the best president ever to take the reigns in D.C. He has accomplished everything he promised America in every area and virtually saved our country after the Obama disaster and everything before that nightmare.
Like a truck load of shingles, the Communist Democrats, led by George Soros, have worked up a sweat attempting to turn America into another Venezuela, a Communist-Socialist country where no necessities can be found and the people suffer.  Socialism will not benefit the citizens, but greatly benefit the leaders.
However, in the midst of the Kudos to President Trump, we are deeply divided over the joy his sons have expressed, which is evident in the many photos of them with huge dead animals at their feet that they unnecessarily and cruelly killed. These murders were not for food but for “Trophy Hunting.” The trophy, which is a beast’s head, is prominently displayed on the walls of dens for all to see. This is an ego exercise to furnish  bragging rights. How sad this is so important to some.
Such careless and brutal hunting has caused Gray Wolves in the lower 48 states to be on the verge of extinction.  The organization, Environmental Action is appealing to  citizens to put a stop to this savagery by letting all voices be heard. We know there are many animal lovers out there, so please step forward and report for duty.
The Trump administration just announced that they plan to END wolves’ Endangered Species Act protections. This means that all wolves are vulnerable for execution. Remember this is the Trump Administration, not Trump personally.
The agency is REQUIRED by law to consider public input first which means this is our opportunity to show the administration that Americans want wolves to have a future in this country.  And all future generations should not be robbed of seeing these beautiful creatures that were created by God Himself. Furthermore, we do not want so see living creatures  suffer in such cruel ways. 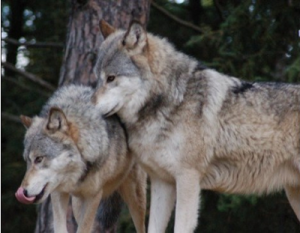 According to Environmental Action, hunting, trapping and poisoning nearly drove wolves to extinction in the 1900s. Without the proven protection of the ESA, we could see a repeat of last century’s tragedy. We cannot let this stand. The government is required to take public comments before making their final decision.
When wolves lose the protection of the ESA, hundreds or thousands of them die. When the wolf population around the Great Lakes were taken off the list, 1,500 were killed before protection resumed.
With as few as 5,600 wolves living in the Lower 48, they just can’t afford killing on that scale. If the Interior delists wolves, we will be in real danger of losing them forever. An America without gray wolves would be a tragedy for us and for the environment. Future generations would never be able to see them. Wolves play a vital role on the landscape, bringing balance to the ecosystems they call home. Their haunting howls have captivated generations. We want to make sure that wolves’ howling song is heard for generations more to come.
And this note to President Trump’s sons and others who kill living creatures for pleasure:  Animals have the same nerve system as we humans.  They feel and dread pain. Hit your thumb with a hammer and while you are jumping around yelling, just remember that any animal would feel the same agony if it happened to them.
They experience anxiety (you can see that when you take a pet to the vet) and they very much experience grief. Animals are very family oriented. Wolves mate for life as do Swans. When a mate dies, they never look for another mate.  And they grieve heavily.
You will see all these symptoms in my new book, God and Animals-What the Bible says about Animals and Heaven. Readers say their favorite chapter is: A Little Girl and her Fish. Available at AMAZON.
President Trump and Sons: Thanks for giving us the most beautiful, classy First Lady on earth. Thanks for being the best President ever. However in this issue you are wrong.  Please think about the trophy hunting your sons so much enjoy.  You are all better than this.  Please change your heart toward all four legged living creatures.
Below is the press release as sent out by Environmental Action with links to let your voices be heard regarding wolves being delisted from protection..
—–Original Message—– From: Environmental Action <action@environmental-action.org>